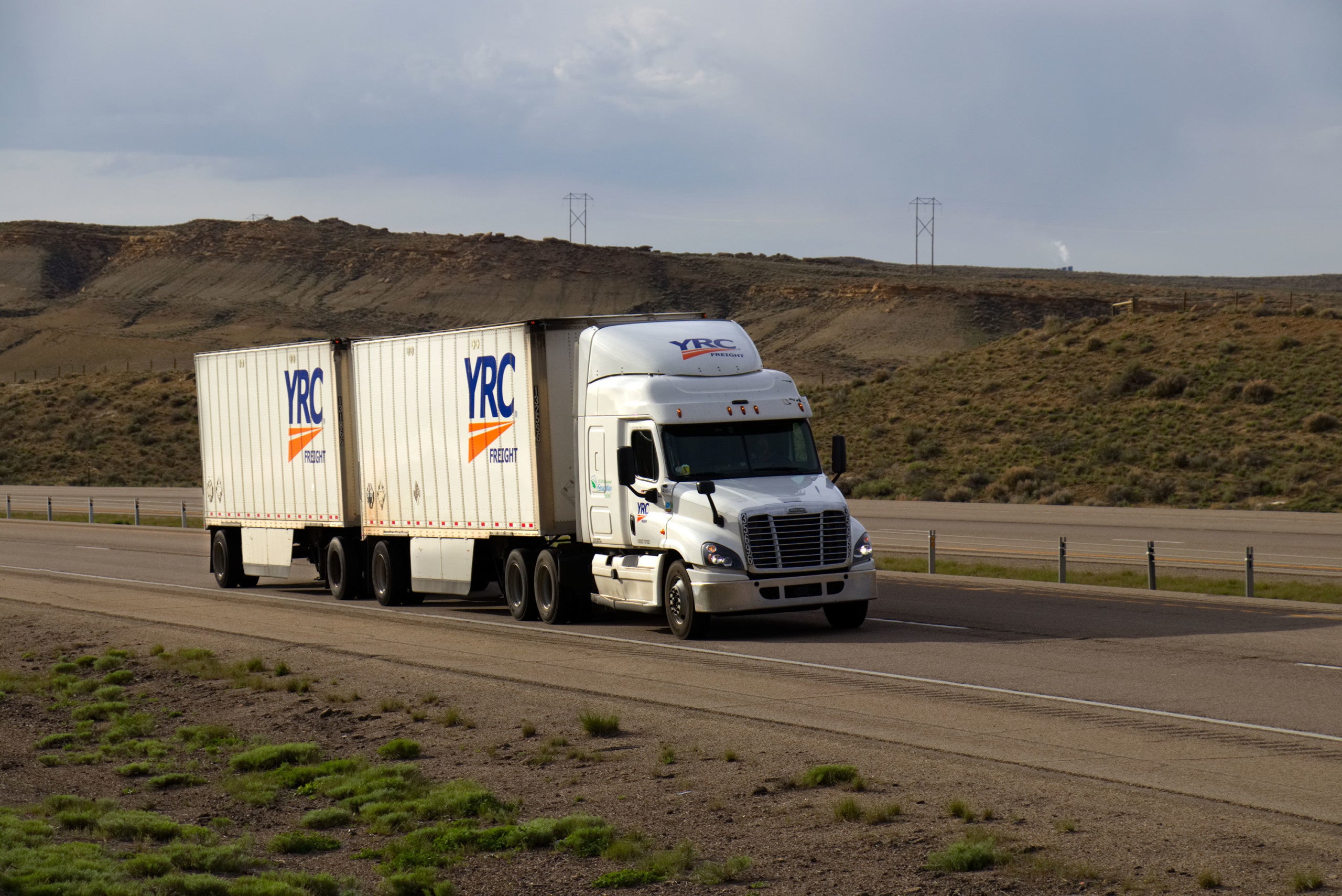 (CNN) — The US Treasury is giving a $700 million loan to YRC Worldwide, a troubled trucking company that warned in May it was in danger of going out of business.

That’s an enormous sum for a company whose stock had plunged 27% this year and was worth only $70 million as of Tuesday’s close. And here’s the kicker: The government sued YRC for ripping it off.

Long-term competitive problems had taken the company’s stock down 85% over the last five years. But shares of YRC shot up 64% in early trading on the news of the bailout.

US taxpayers will end up owning 30% of the company’s stock as part of the loan agreement.

The loan is not part of the federal CARES Act meant to help small businesses. Instead, it is meant to provide help to businesses critical to national security. Treasury’s statement said the loan was justified by the fact that the company provides a majority of the trucking services moving pallet-sized shipments of freight for the US military, a segment of the industry known as “less-than-truckload” or LTL.

“Treasury’s determination was based on a certification by the Secretary of Defense that YRC is critical to maintaining national security,” said Treasury in its statement.

But according to a recent filing by YRC, it is in the process of being sued by the Defense Department.

The suit, filed in December of 2018, alleges YRC overcharged the Defense Department as well as failing to comply with the contract terms and related government procurement rules, along with unjust enrichment and breach of contract, according to YRC’s filing. YRC has filed a motion seeking to dismiss the complaint and it said in intends to vigorously defend itself.

The civil complaint charges that YRC “reweighed thousands of shipments and suppressed the results whenever they indicated that a shipment was actually lighter than its original estimated weight.” The suit said the practice went on for seven years and cost the Defense Department millions of dollars.

“This case should serve as a warning to any organization that enters into a contract with the federal government — if you try to rip us off, be prepared to pay a heavy price,” said US Attorney James Kennedy in a statement at the time the suit was filed.

Neither YRC nor the Treasury Department immediately responded Wednesday morning to a request for comment on the suit.

YRC warned in May that there was “substantial doubt” about its ability to stay in business without either federal help or a “meaningful stabilization of the economy in the near term.” On June 9, YRC warned that its per-day shipments were down 20% in the quarter, and the rates it was receiving per pound of freight moved were down 6%, compared to a year earlier.

The company has 30,000 employees, of whom 24,000 are represented by the Teamsters union. About half the loan money will be used to cover short-term contractual obligations, including pension and healthcare benefits. The loan will be due in 2024.

The Teamster-represented companies once dominated the trucking industry, especially the LTL sector. But with higher labor costs they have lost market share continually over the course of recent decades. It has posted a profit in only three of the last 13 years, and it lost more than $3 billion in total during that period.

YRC was formed through the merger of several of those unionized carriers, including Yellow Freight and Roadway, in 2003. It operates under the brands Holland, New Penn, Reddaway, and YRC Freight.

“Our 30,000 employees have continued to serve hundreds of quarantined communities across the country during the pandemic and this financial assistance will enable us to bridge this pandemic-related crisis and continue to provide essential shipping services for the nation’s supply chain,” said CEO Darren Hawkins in a statement about the loan.

The loan was also praised by James Hoffa, general president of the Teamsters union, who thanked President Donald Trump, Treasury Secretary Steven Mnuchin and Congress for the assistance.

“They recognized the urgency and acted swiftly to avoid our members’ health benefits from being cut and, in the long term, to protect 24,000 Teamster jobs,” he said in his statement.