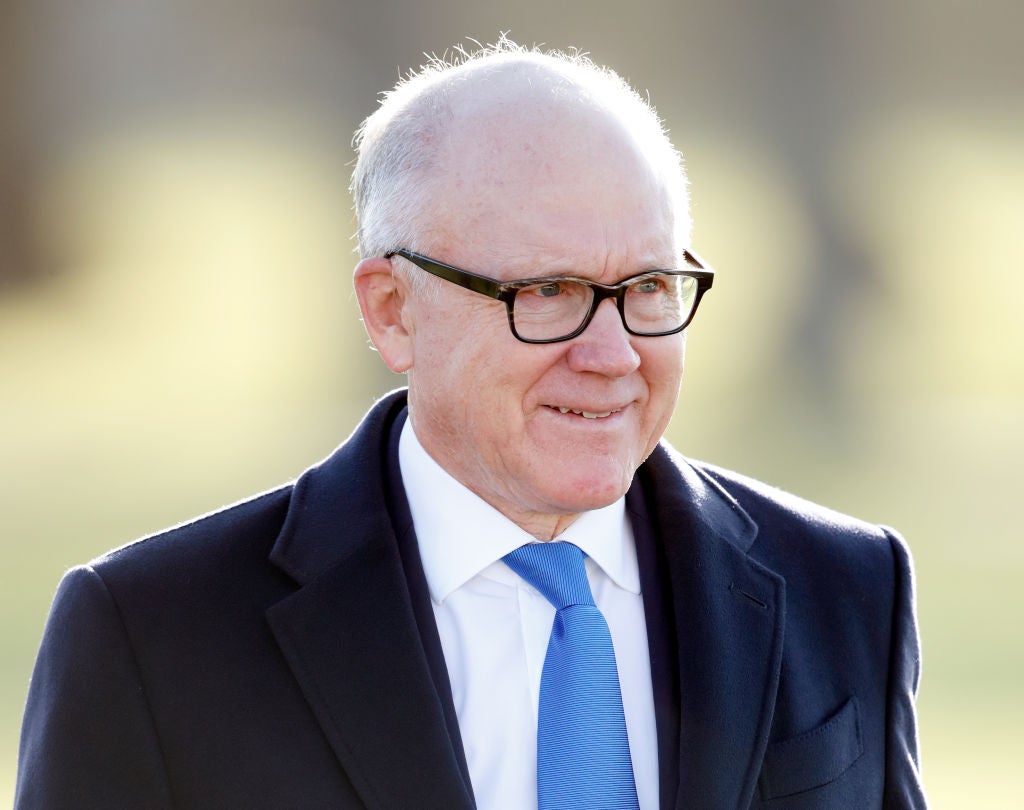 CAMBERLEY, UNITED KINGDOM - DECEMBER 13: (EMBARGOED FOR PUBLICATION IN UK NEWSPAPERS UNTIL 24 HOURS AFTER CREATE DATE AND TIME) Robert Wood 'Woody' Johnson, US Ambassador to the UK, attends The Sovereign's Parade at the Royal Military Academy Sandhurst on December 13, 2019 in Camberley, England. The Sovereign's Parade at the end of each term marks the culmination of 44 weeks training and the passing out of Officer Cadets who have completed the Commissioning Course. (Photo by Max Mumby/Indigo/Getty Images)
by: Jennifer Hansler, Kylie Atwood and Nicole Gaouette, CNN
Posted: Jul 22, 2020 / 10:29 AM EST / Updated: Jul 22, 2020 / 10:29 AM EST

(CNN) — The billionaire NFL owner who serves as President Donald Trump‘s ambassador to the United Kingdom was investigated by the State Department watchdog after allegations that he made racist and sexist comments to staff and sought to use his government position to benefit the President’s personal business in the UK, multiple sources told CNN.

Robert Wood “Woody” Johnson, the top envoy since August 2017 to one of the United States’ most important allies, made racist generalizations about Black men and questioned why the Black community celebrates Black History Month, according to exclusive new information shared with CNN by three sources and a diplomat familiar with the complaints to the State Department inspector general.

His comments about women’s looks have been “cringeworthy,” a source with knowledge of the situation said, and two sources said it was a struggle to get him on board for an event for International Women’s Day.

“He’s said some pretty sexist, racist,” things, the diplomat with knowledge of the complaints made to the IG said of Johnson, an heir to the Johnson & Johnson fortune and one of the owners of the New York Jets.

Asked about the specific allegations reported by CNN, Johnson did not deny them. He called it an “honor of a lifetime” to serve as ambassador and “to lead the talented, diverse team of the U.S. Mission to the United Kingdom.” Johnson called the team “the best in diplomacy” adding, “I greatly value the extraordinary work that each and every member of the team does to strengthen and deepen our vital alliance.”

The White House had no comment on the allegations against Johnson and referred CNN to the State Department.

A State Department spokesperson called Johnson “a valued member of the team who has led Mission UK honorably and professionally.”

“We stand by Ambassador Johnson and look forward to him continuing to ensure our special relationship with the UK is strong,” that spokesperson told CNN.

A spokesperson for the US Embassy in London said they had no comment on a potential IG investigation and did not deny the allegations, instead stressing that the ambassador was “fully focused” on US foreign policy priorities.

The Trump Organization did not respond to a request for comment.

The allegations about Johnson’s remarks come as institutions across the United States — including those in the worlds of politics and sports — are facing a reckoning over the legacy of systemic racism.

It is unclear how much the investigators focused on Johnson’s inappropriate comments. Of particular interest to them were allegations that,after being asked by the President,the ambassador pushed to have the Open — the prestigious British golf championship — take place at one of Trump’s golf properties, two sources with knowledge of the investigation told CNN.

A UK government spokesperson disputes that Johnson raised the matter in a meeting with a British official recounted by a source. Notably, any decision about the location of the tournament would not be made by a politician. However, that alleged effort on behalf of the President’s family business is a focus of the yet-to-be released report from the Office of the Inspector General, sources said.

State Department investigators began looking into the embassy and its leader in the fall of 2019, five sources with knowledge of the situation said, with staff from the Office of Inspector General traveling to London more than once over the past year to interview embassy workers and then Johnson himself. The OIG’s website says it started an inspection of Embassy London in September. OIG reports are generally reviewed by the State Department prior to being finalized and released. State Department inspector general Steve Linick was fired in mid-May.

Secretary of State Mike Pompeo was in London for meetings Tuesday. He attended a dinner hosted by Johnson on Tuesday night.

Diplomats told investigators that Johnson made remarks — often casually bandied about — that they found deeply offensive and demoralizing, sources said.

In 2018, ahead of an event for Black History Month — commonly marked at US embassies around the world — Johnson appeared agitated and asked if the audience would be “a whole bunch of Black people,” according to one source.

Three sources said Johnson questioned why the Black community would want a separate month to celebrate Black history and argued that Black fathers didn’t remain with their families and that was the “real challenge.” One source said an official who heard the remarks was “stunned” and that the incident was documented and made known to both the OIG inspectors and a supervisor.

There were other instances when Johnson’s conduct triggered more direct pushback from embassy officials.

Four sources familiar with Johnson’s meetings told CNN the ambassador hosted official gatherings at a posh men’s-only club in London, the centuries-old, exclusive White’s. Eventually Johnson was told by another diplomat at the embassy in late 2018 that he had to stop holding those meetings, three of the sources said. None of the embassy’s female diplomats would have been able to attend.

According to one source, at certain public events, Johnson would start his remarks by quipping about how many pretty women were present — reducing them to decorative objects in a way a source described as “just sort of cringeworthy.”

Two sources said the ambassador indicated he preferred working with women, but he suggested that was because women were cheaper and worked harder than men.

He would also comment on the way that the women in the embassy were dressed, two sources told CNN.

Those sources said that it was a struggle to get Johnson on board with an event for International Women’s Day, which is also widely commemorated at embassies worldwide. One source said he asked why he had to do “a feminist event.” However, that event did end up taking place.

A team at the embassy tried to get Johnson to do an event around gender-based violence in November 2017, this source said, to which the ambassador replied that he was not interested because he’s “not a woman.”

Speaking at a reception a few days after an event on breast cancer research the embassy held in collaboration with Estee Lauder in October 2017, Johnson opened his remarks by saying, “There was a prettier crowd here a few days ago with the ladies in pink and the breast cancer people,” according to that source.

Former Deputy Chief of Mission Lewis Lukens told CNN, “I am aware of those allegations, but understand they are the subject of a pending OIG report, so I had best not comment.”

Johnson’s way of operating and the language he used reflected the President’s deep distrust of the bureaucracy that supports the executive branch and serves administrations of both parties.

Johnson would say the embassy needed more Republicans in senior positions and described staff there as members of a so-called “Deep State,” one of the sources said.

Lukens, a career diplomat who served as the ambassador’s deputy chief of mission, told GQ Magazine in 2019 that after he praised former President Barack Obama for managing a delicate issue in the US relationship with Senegal in remarks to British students in the fall of 2018, Johnson summarily dismissed him.

Johnson accused Lukens of being “a traitor” because of the speech, two sources said, and his ouster was a hit on embassy morale.

“(Lukens) commanded the respect of the entire embassy, everyone loved him,” one source said.

It is unclear if the specific allegations of offensive remarks are included in the inspector general’s report.

In a comment to CNN, the embassy spokesperson did not address those allegations, saying, “Johnson is fully focused on the important foreign policy priorities that represent our Special Relationship with the United Kingdom, including negotiating an unprecedented free trade agreement, helping our economies emerge from the COVID-19 pandemic stronger than ever, and securing our countries against the full range of threats we face.”

Last week, a “Pledge for a More Diverse and Inclusive Workplace” was circulated in the State Department’s Bureau of European and Eurasian Affairs. Among its steps, the bureau said it was committed to holding “toxic leaders accountable through counseling and coaching, as well as refer for formal discipline, when warranted,” according to the internal memo seen by CNN.

A source familiar with the report said investigators focused on Johnson’s potential efforts to use his government position to steer business to Trump’s personal property.

Another source recounted that after Johnson returned from a trip to Washington where he met with the President in early 2018, the ambassador told Lukens, who was still deputy chief of mission at that time, that Trump wanted to host The Open at his Turnberry resort in Scotland. Johnson asked which British government officials he could speak to about making that happen, the source said. Johnson brought it up again with Lukens on another occasion not long after, the source noted, and in both cases Lukens told Johnson not to mention the topic to government officials, as doing so would be unethical.

The New York Times was the first to report on Johnson’s push to hold The Open at Turnberry.

In a meeting with David Mundell, the UK cabinet minister who at that time was the most senior British government official responsible for Scotland, Johnson brought up the matter, according to the source, who was told about the meeting. A UK government spokesperson said Johnson “made no request” regarding any sporting event during that introductory meeting.

“The previous Secretary of State for Scotland had an introductory meeting with the US Ambassador in early 2018. A number of issues were discussed, reflecting the close cultural and economic ties between Scotland and the USA. Mr. Johnson made no request of Mr. Mundell regarding the British Open or any other sporting event,” the spokesperson said.

Asked if Johnson ever raised the prospect of hosting any sports events at a Trump property during any other conversation with Mundell, the spokesperson said that according to their records, he had not.

It is unclear if Johnson raised the issue of hosting The Open at Trump Turnberry with other officials or in other instances.

Mike Woodcock, the Director for Corporate Communications at the Royal and Ancient Golf Club, or The R&A — which organizes The Open — told CNN that Turnberry remains in the pool of courses to host the tournament. The course in northwestern Scotland last hosted The Open in 2009 — years before Trump purchased the resort in 2014.