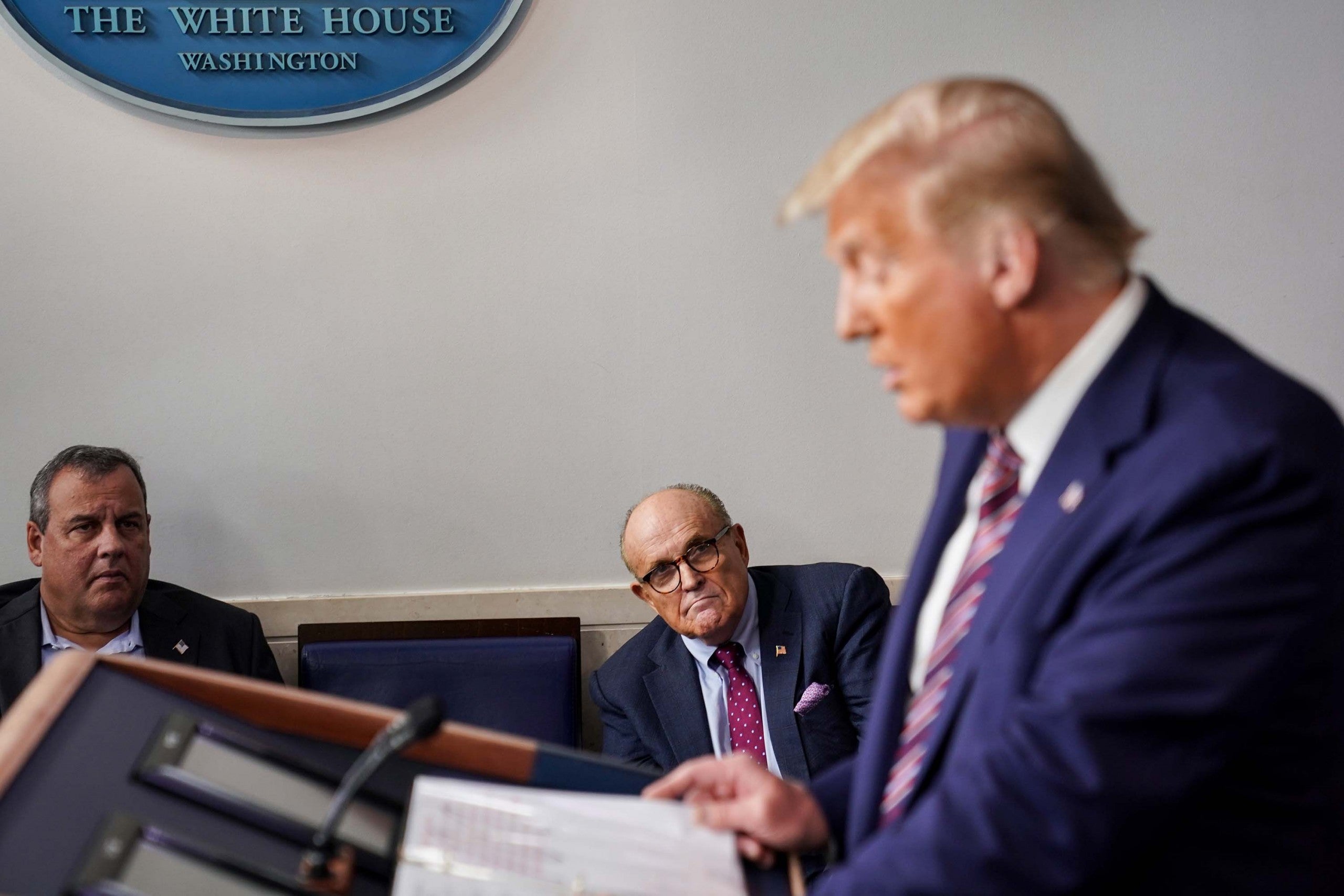 (CNN) — Allies of Rudy Giuliani continue to call on former President Donald Trump and Republicans to pay for his efforts around the election and, in turn, subsidize the mounting legal bills facing the former New York City mayor.

Trump was recently informed directly by Giuliani associates of the increasing debts incurred by his onetime personal lawyer, one source told CNN. Giuliani’s attorney, Robert Costello, also raised the issue in recent days with lawyers for Trump. Asked if the former President’s legal team was responsive, Costello replied, “No comment.”

A person familiar with the matter said Trump’s team has not decided whether to get involved in the search warrant review that is being conducted to ensure privileged information seized in the recent raid of Giuliani’s apartment and office is kept from investigators.

One of the most vocal is Giuliani’s son Andrew, who worked in the Trump White House and told CNN,”The nut may crack in the next 36 hours.” He called on Trump to “take the lead on this one,” adding: “He can be the hero.”

“Once President Trump actually understands that his lead counsel was not indemnified, he’s going to resolve this very quickly,” Andrew Giuliani said on Wednesday.

Andrew Giuliani said his father was reimbursed for travel-related expenses incurred after the 2020 election, when he visited Arizona and other states to argue election fraud lawsuits in court. He said his father has not, however, been paid for legal services.

“The legal costs with him fighting to retain his law license in New York and fighting the Southern District (of New York) on what I think are bogus charges, that should be indemnified,” he said.

The New York Times was first to report on the urging of the former President to help.

Trump is currently sitting on a substantial pile of cash that his campaign operation raised in the weeks following the November election as they solicited contributions for their so-called Election Defense Fund. A significant portion of the funds ultimately went to Trump’s leadership PAC, Save America, which has so far withheld funds from being used to cover Giuliani’s mounting legal costs.

Spokespeople for the former President have not yet responded to request for comment. A lawyer for Trump also declined to comment on Giuliani.

Former NYPD commissioner Bernard Kerik has posted on social media calling out the money raised by Republicans for legal fights in the wake of the election.

Kerik told CNN that his longtime friend and colleague “worked for the campaign and the RNC and he should be compensated instead of being ignored.”

“As a result of the mayor’s service to the President and to the country, he has been inundated with frivolous lawsuit and a criminal investigation,” said Kerik. “He has to respond to that and in doing so that is going to take a few million dollars at a minimum.”

Kerik said Giuliani has never asked him to publicly lobby for compensation, but he said he confronted Republican National Committee Chairwoman Ronna McDaniel months ago about compensating Giuliani, but the former New York mayor still has not been paid.

In response to Kerik’s comments, an RNC spokesperson told CNN, “Rudy Giuliani has never worked for the RNC and he has never acted at our direction.”

Kerik, who said he speaks with Giuliani every day, said the former mayor is “doing OK” but is frustrated by incoming lawsuits and the ongoing criminal investigation as “responding to those costs money.”