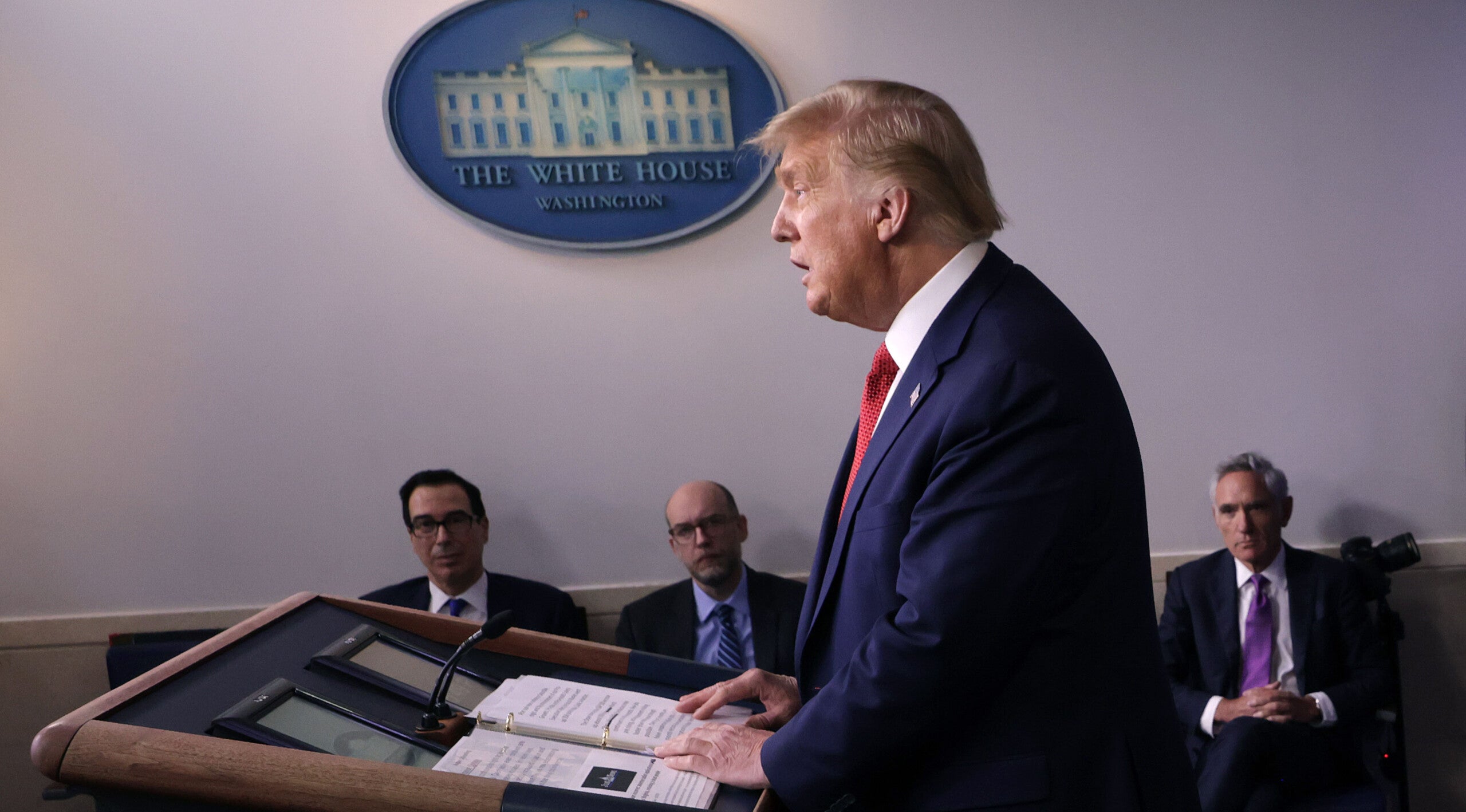 (CNN) — President Donald Trump was abruptly evacuated from the White House briefing room by security on Monday after shots were fired outside the building.

“There was a shooting outside of the White House and it seems to be very well under control. I’d like to thank the Secret Service for doing their always quick and very effective work,” Trump said when he returned.

After he returned to the podium, the Secret Service tweeted that there had been an officer-involved shooting at 17th Street Northwest and Pennsylvania Avenue Northwest.

The Secret Service said later Monday on Twitter that an investigation of the shooting “is ongoing” but that “at no time during this incident was the White House complex breached or were any protectees in danger.”

A “male subject” and a Secret Service officer were transported to a hospital, the tweet said.

A senior administration official said there was an active shooter near the White House and that shooter is in custody.

The incident happened just outside of the White House grounds close to Lafayette Square, the official said.

Trump had been midsentence during the first attempt at a briefing when security came into the room and asked him to leave the area.

“Excuse me?” Trump asked when the security approached.

“Step outside,” the agent said.

When Trump returned to the briefing room, he said he had been taken to the Oval Office when he was evacuated.

“I feel very safe with the Secret Service. They’re fantastic people. They’re the best of the best. They’re highly trained,” Trump told reporters when he returned. “They just wanted me to step aside for a little while just to make sure that everything was clear outside.”

Trump said he had asked whether White House facilities were breached.

“I don’t think the person breached anything,” he added. “I don’t believe anything was breached. I asked that question.”

This story has been updated with information from the Secret Service.