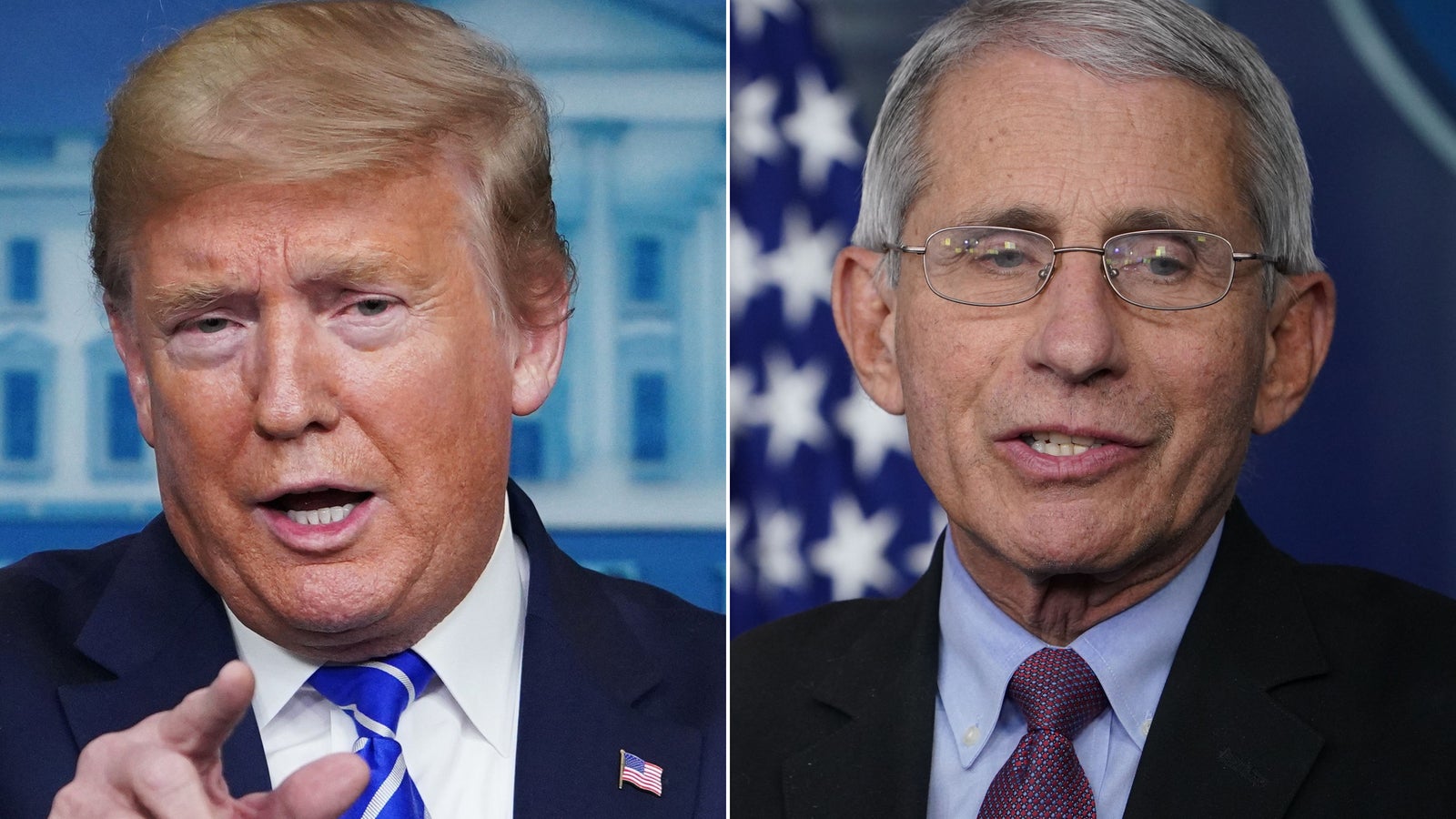 “I was surprised by his answer, actually,” Trump said when asked about Dr. Anthony Fauci’s warnings during televised congressional testimony that reopening states too quickly could have dire consequences.

“It’s just — to me it’s not an acceptable answer, especially when it comes to schools,” Trump said.

During an appearance before lawmakers on Tuesday, Fauci warned that students looking to return to campuses in the fall would likely not have a coronavirus vaccine available to them.

Fauci suggested instead that schools open cautiously, and said in some places schools should remain closed in the fall. He said if states reopen before meeting the criteria set out by the Trump administration, they risk reprisals of the outbreak.

“He wants to play all sides of the equation,” Trump said of Fauci on Wednesday during a meeting with the governors of Colorado and North Dakota.

Trump has insisted in recent weeks that schools will reopen in the fall, despite schools and universities saying otherwise.

“We’re opening our country. People want it open. The schools are going to be open,” Trump said Wednesday in the Cabinet Room.

Trump’s relationship with Fauci has been closely scrutinized during the coronavirus outbreak because he sometimes appears to contradict or correct the President during public appearances.

Fauci said during his testimony that his relationship with Trump is not contentious, but the President has bristled at instances when he appears at odds with the leading infectious diseases expert.

Last month, Trump retweeted a message calling for Fauci’s firing, but said later he wasn’t looking to dismiss him.

Still, many of Trump’s allies have taken to publicly criticizing Fauci, casting him as an unelected bureaucrat with undue influence on how and when the nation will return to normal.

Trump’s presumptive opponent in November’s election, former Vice President Joe Biden, sought to align himself with Fauci in a tweet on Wednesday by calling up some of Trump’s past words and actions.

“I would trust the guy who’s one of our nation’s top public health experts, not the one who pondered injecting disinfectant into the body and looked directly at a solar eclipse,” Biden said.

Fauci sought to dispel any notion of having undue influence during his appearance on Tuesday, saying he only offers the President public health advice and doesn’t weigh in on the economy.

While the President has griped in private about some of Fauci’s public comments — including his caution about an untested treatment for coronavirus — his complaints were largely kept out of public view until Wednesday.

But even his comments during the meeting with governors stopped short of outright anger. Instead, Trump said he believed colleges should be aggressive in reopening because young people haven’t displayed the serious symptoms of the disease at the same rates as older people.

“These are young students. They’re in great shape,” he said, going on to suggest the benefits outweigh the risks for higher education institutions.

“Will something happen? Perhaps,” Trump said. “You can be driving to school and some bad things can happen too.”