Trump ‘cancels’ Goodyear tires as he campaigns against ‘cancel culture’ 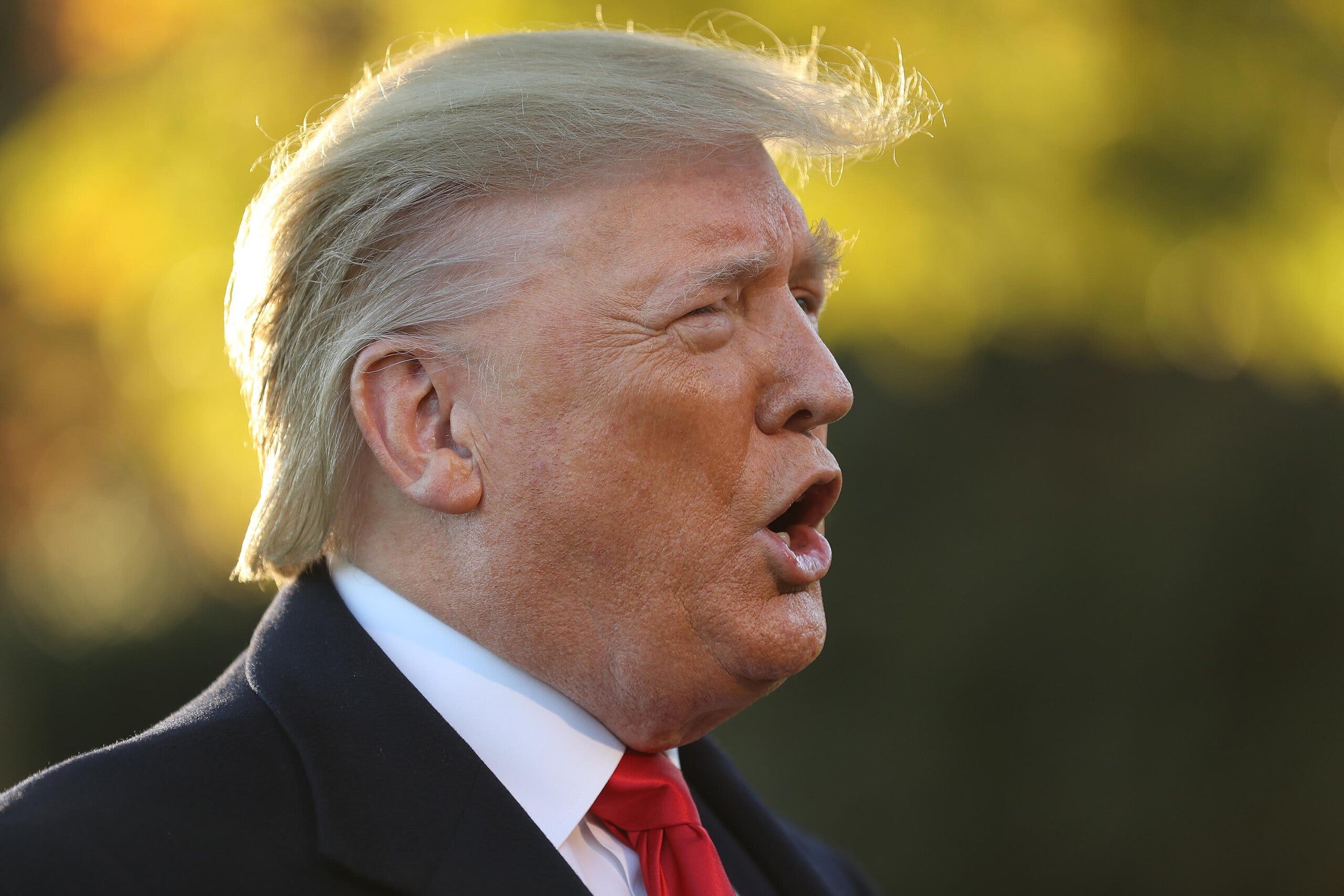 (CNN) — President Donald Trump is calling on his followers to not buy Goodyear tires and threatening to remove them from his custom presidential limousine, despite previously railing against “cancel culture,” after an employee posted a viral photo of a company policy banning “Make America Great Again” and other political attire in the workplace.

“Don’t buy GOODYEAR TIRES – They announced a BAN ON MAGA HATS. Get better tires for far less! (This is what the Radical Left Democrats do. Two can play the same game, and we have to start playing it now!),” he tweeted Wednesday morning.

The tweet came in response to an employee who posted a photo, obtained by CNN affiliate WIBW, from a Topeka, Kansas, Goodyear plant that showed a slide during a training that “Black Lives Matter” and LBGT pride apparel were “acceptable” and “Blue Lives Matter,” “All Lives Matter,” “MAGA Attire,” and other political material were “unacceptable.”

Goodyear issued a statement following the President’s tweet stating “the visual in question was not created or distributed by Goodyear corporate,” but that it asks its associates to “refrain from workplace expressions in support of political campaigning for any candidate or political party, as well as similar forms of advocacy that fall outside the scope of racial justice and equity issues.”

The company also stated that it has “always wholeheartedly supported both equality and law enforcement and will continue to do so.”

Coincidentally, the President’s limousine, known as the “Beast,” has custom Goodyear Tires. Goodyear said in a 2009 statement that it is “the exclusive tire for the presidential limo and the standard tire of the US Secret Service.”

When a reporter during a Wednesday news conference pointed to the fact that the Beast uses Goodyear tires, Trump said that he would want them changed if there’s an alternative.

“I would swap them out, based on what I heard. We’ll see what happens. You’re going to have a lot of people not wanting to buy that product anymore, and they’ll buy from a competitor, made in the USA,” he said.

During the briefing, Trump double downed on his position, telling reporters he’s “not happy with Goodyear.”

Trump focused his argument not on the MAGA ban, but on the company’s policy that allows attire with references to Black Lives Matter, comparing the movement to a “Marxist” group.

“They’re using their power over these people,” Trump said, adding the company was “playing politics.”

“What happened is there was an image that was put out that showed that certain speech was acceptable — Black Lives Matter insignia, for instance. But what was not allowed was Blue Lives Matter,” she said. “What was not allowed was MAGA hats. What was clearly targeted was a certain ideology. They have not denied that that image was presented at one of their facilities(.)”

McEnany then claimed that Blue Lives Matter is as much of an equity issue as Black Lives Matter.

Trump’s tweet may also signal an appeal to voters in a key battleground state: The tire company is based in Akron, Ohio.

Trump, who railed against political correctness during his 2016 campaign, is campaigning this year as a warrior against what he says is a left-wing “cancel culture” that seeks to get people punished or banished for supposedly objectionable words or acts.

“One of their political weapons is ‘cancel culture’ — driving people from their jobs, shaming dissenters and demanding total submission from anyone who disagrees. This is the very definition of totalitarianism, and it is completely alien to our culture and our values, and it has absolutely no place in the United States of America,” Trump said in a July 3 speech at Mount Rushmore.

Trump’s Goodyear tweet is far from the first time he’s called for boycotts, cancellations and firings of people and a wide variety of products and entities.

CNN’s fact checking team compiled a non-exhaustive list of more than 30 examples since 2012, which include television hosts and networks, other media publications, the Macy’s department store, and the country of Mexico.

This story has been updated with comments from President Donald Trump’s Wednesday evening briefing.