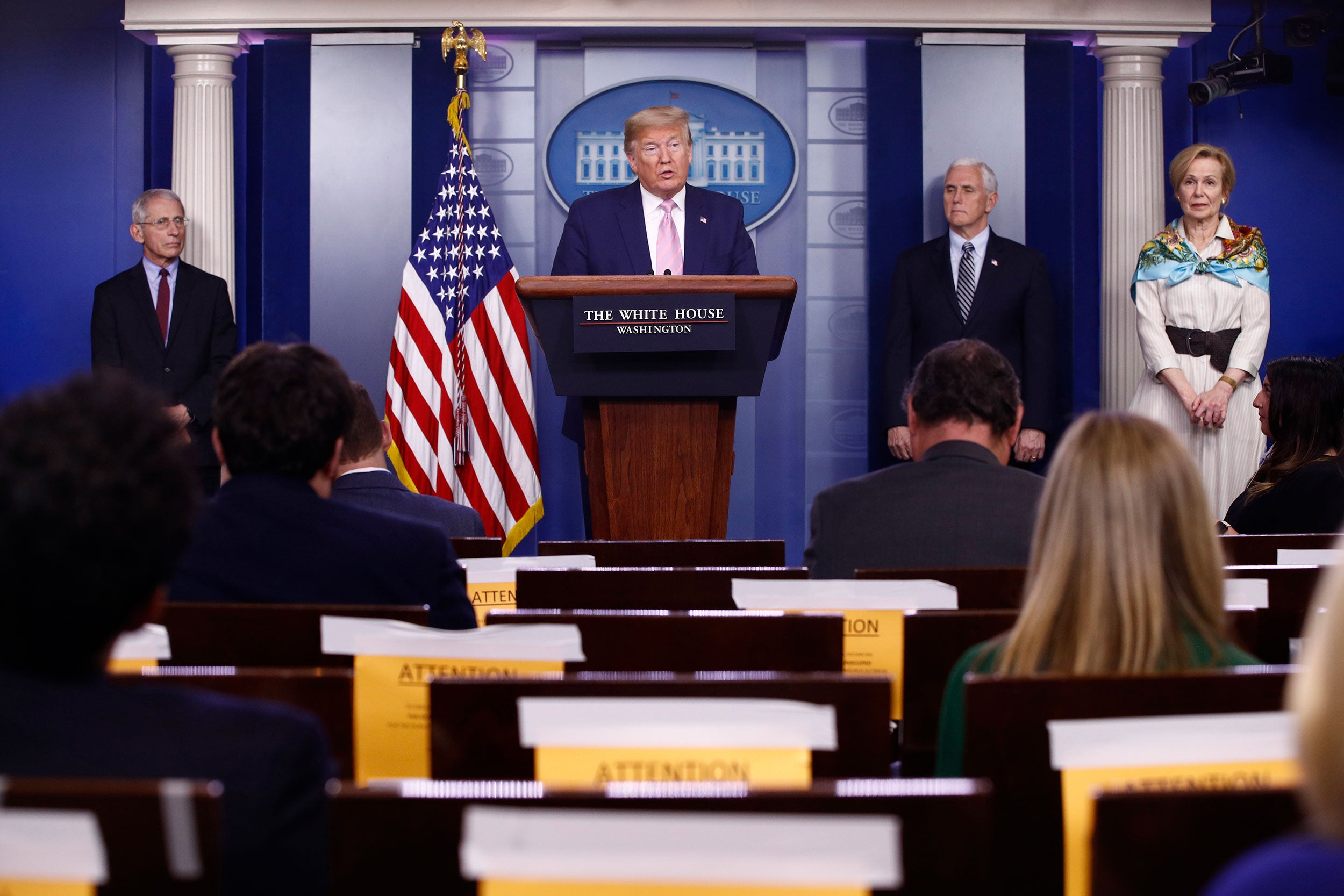 WASHINGTON (CNN) — President Donald Trump on Saturday said he is considering a second coronavirus task force focused on reopening the country’s economy as pandemic cases rise across the United States.

Trump was asked about a tweet he’d sent earlier in the day responding to a tweet by Fox News anchor Dana Perino suggesting a second task force focused on the economy.

White House officials in recent weeks have been considering opening up the economy while avoiding a health catastrophe as Trump has began agitating for a loosening of his guidelines to get the country back to work.

The discussions include a phased system based on age or geographic location, according to officials. Other options include a system that targets specific types of workers to return to work, including people who drive themselves and don’t work in large groups. Trump, though in last Sunday’s briefing, shot down the idea of a tiered reopening, indicating that he won’t rollback the slow-the-spread guidelines within the April 30 date extension.

However, at the same briefing on Saturday, Dr. Anthony Fauci, the director of the National Institute of Allergy and Infectious Diseases, reiterated that the social distancing guidelines have been working and are an “important tool” to stopping the spread of Covid-19, which must continue. Fauci recently called Trump’s desire to get businesses and Americans back to work by Easter an “aspirational projection.”

“Viruses transmit from people to people. When people are separated from each other the virus does not transmit — it doesn’t go anywhere and that’s the reason why something as simple as the physical separation … that’s our most important tool,” Fauci said Saturday. “But this is what we have to do. As sobering and as difficult as this is, what we are doing is making a difference so we really need to continue to do that.”

Meanwhile, the last three weeks have marked one of the most devastating periods in history for the American job market, as first-time claims for unemployment benefits have surged more than 3,000% since early March.

A new historic high of 6.6 million US workers filed for their first week of unemployment benefits in the week ending March 28, according to the Department of Labor.

This story has been updated to include details from White House officials and unemployment figures.