Trump goes after FBI director Wray, whom he appointed, and issues warning to Barr 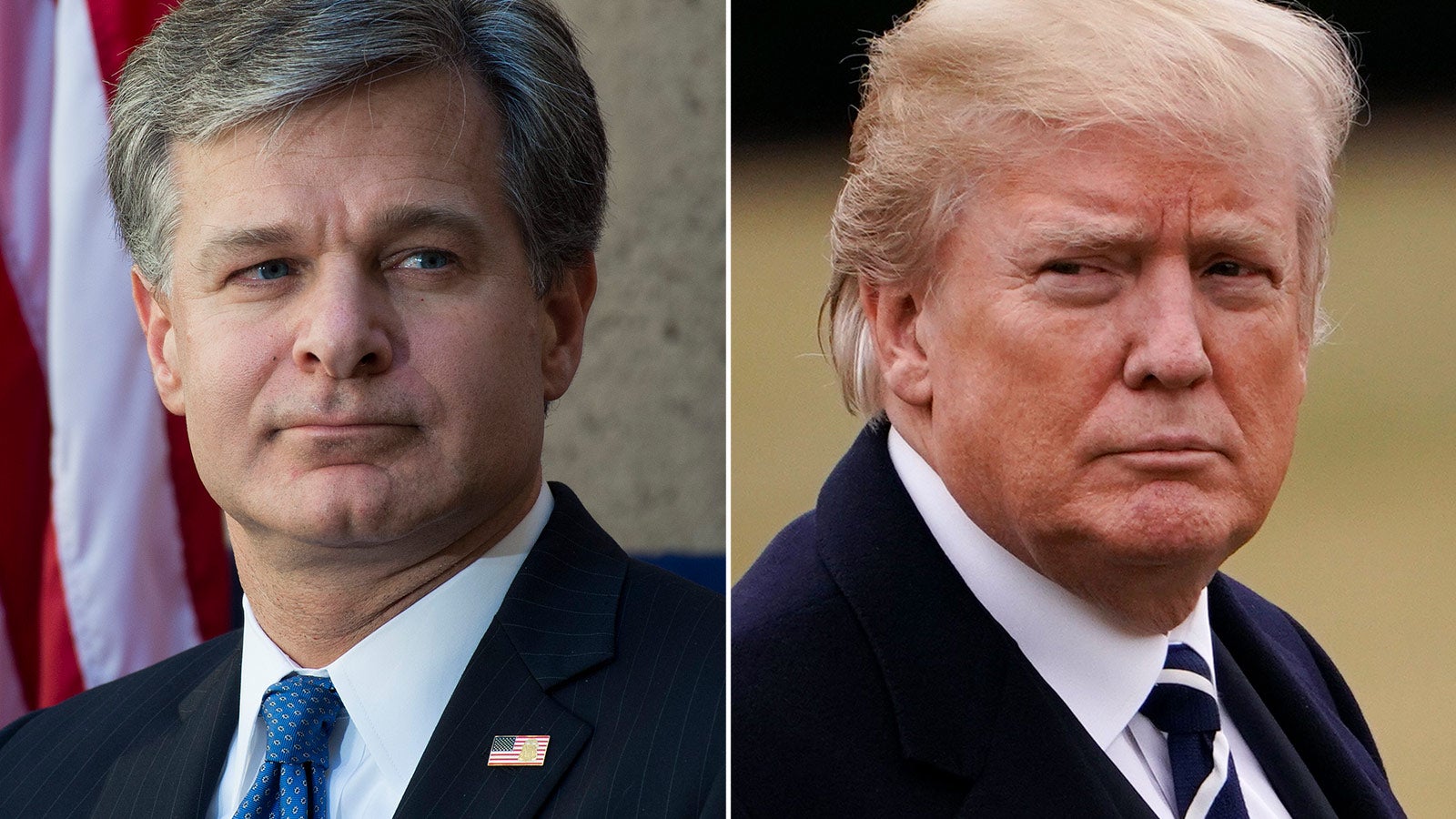 (CNN) — President Donald Trump on Thursday again attacked his own FBI director, whom he appointed, and pushed Attorney General William Barr to pressure the Justice Department’s investigation of the Russia probe.

During a discussion about the Justice Department’s probe into the Russia investigation, Fox Business anchor Maria Bartiromo asked the President whether FBI director Christopher Wray should step down.

Trump railed against Wray, who he said should provide more documents to John Durham, who was tapped by Barr to lead the review into the origins of the Russia investigation.

“So Christopher Wray was put there. We have an election coming up. I wish he was more forthcoming, he certainly hasn’t been. There are documents that they want to get, and we have said we want to get. We’re going to find out if he’s going to give those documents. But certainly he’s been very, very protective,” the President said on Fox Business.

CNN has reached out to the FBI and the Justice Department.

Trump told Fox Business that Wray “was put there for a good reason, he was chosen by a certain person, and I said, go ahead, put whoever you want. I’m so honest that I said you could put anybody you want. Let’s see how Wray turns out. He’s either going to turn out one way or the other.”

He continued, “Bill Barr has a chance to be the greatest of all time. But if he wants to be politically correct, he’ll be just another guy.”

Barr said in an interview aired on Wednesday that he is aiming to release some conclusions from Durham’s investigation ahead of the November election, putting a finer point on a timeline that has shifted in recent weeks and also opening up the possibility that the review could extend into the winter.

“We’re all aware of the calendar and we’re not going to do anything for the purposes of affecting an election, but we are trying to get some things accomplished before the election,” Barr told conservative commentator Buck Sexton.

Trump has previously blamed Wray’s hiring on former deputy Attorney General Rod Rosenstein. But the President was the one to nominate Wray to lead the bureau in 2017, after firing James Comey. Comey had accused Trump of asking him to pledge his loyalty, which Trump has denied.

Trump has been unhappy with Wray for a variety of perceived faults, mostly related to conservative complaints that the FBI has not cooperated with efforts to review the 2016-2017 Russia investigation.

Fox News hosts and conservative media have attacked Wray over the issue, even though there’s no evidence the FBI and Wray have been uncooperative.

Barr has also come to Wray’s defense, saying that the FBI director has cooperated with multiple examinations Barr has ordered into the FBI’s handling of sensitive matters.

The President has long sought to discredit the Russia probe and special counsel Robert Mueller’s findings, doubting whether the FBI even had reason to open a full investigation into his campaign. He lashed out at Wray last year after the FBI backed an inspector general report that found the investigation into Russian election interference was properly launched.