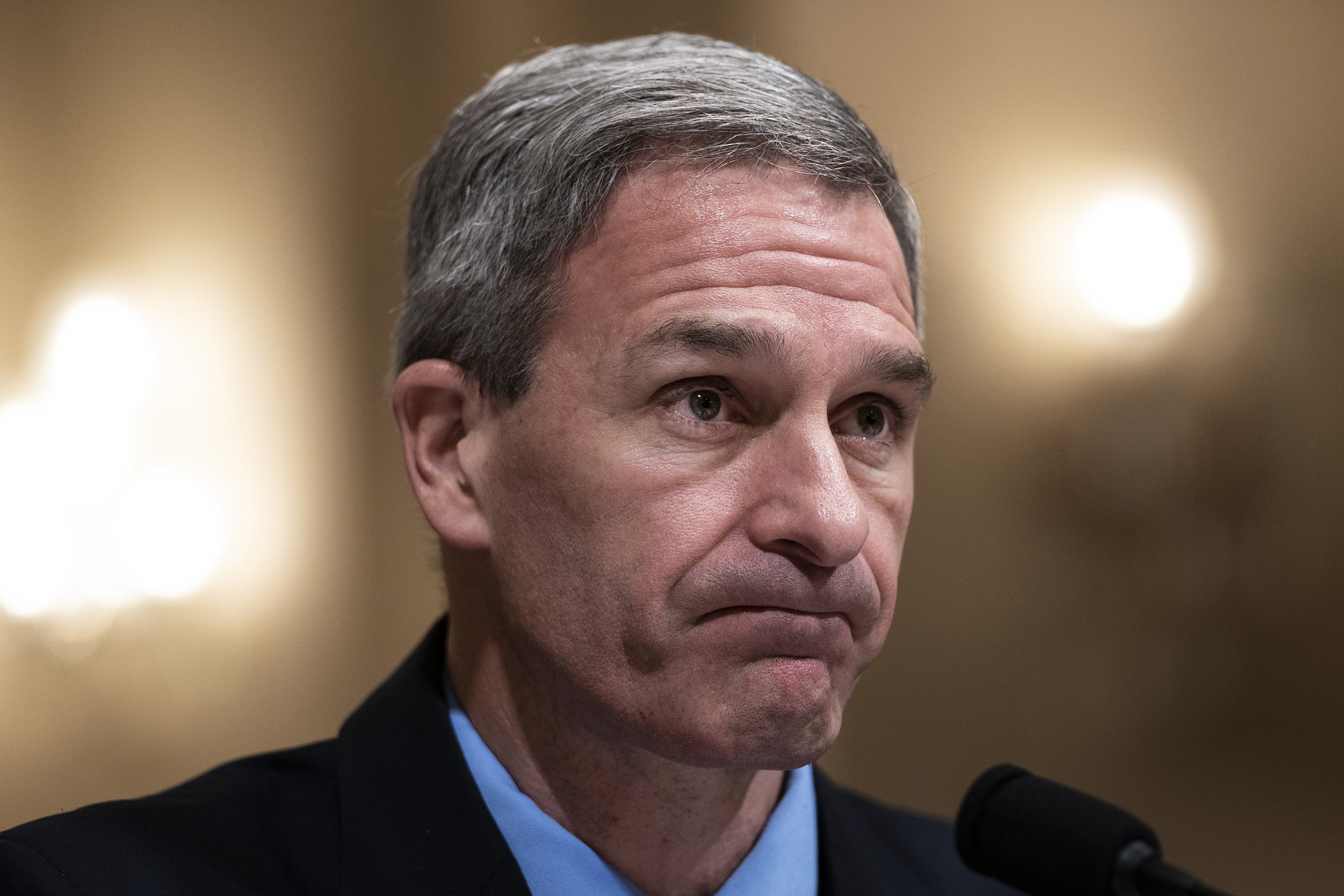 WASHINGTON, DC - MARCH 11: Ken Cuccinelli,†acting deputy Secretary of the U.S. Department of Homeland Security, testifies during a House Committee on Homeland Security hearing concerning the government response to the coronavirus, in the Cannon House Office Building on Capitol Hill March 11, 2020 in Washington, DC. Since December 2019, coronavirus (COVID-19) has infected more than 109,000 people and killed more than 3,800 people in 105 countries. (Photo by Drew Angerer/Getty Images via CNN)
by: Paul LeBlanc, CNN
Posted: Jun 8, 2020 / 07:45 AM EST / Updated: Jun 8, 2020 / 07:45 AM EST

(CNN) — Acting Deputy Secretary of the Department of Homeland Security Ken Cuccinelli said Sunday that he does not believe that George Floyd’s life would have been spared if he were white.

Floyd, a black man, was killed by a white police officer in Minneapolis last month. His death has sparked nationwide protests against racism and police violence.

Asked by CNN’s Wolf Blitzer if he thought Floyd would still be alive if he were white, Cuccinelli said, “No, I don’t think he would.”

“What I heard in that eight-and-a-half minute clip was someone who was a bully, who is abusing his position of authority and power in the law,” Cuccinelli said in reference to a video of Floyd’s death.

“And I have a funny feeling, I don’t know anything about his professional history, but I have a feeling that we’re going to find that he wasn’t necessarily that well thought of as a role model among law enforcement through the time of his career, to say the least.”

His comments provide a vastly different view of America than that of the thousands of protesters who are demanding justice for Floyd and seeking to call attention to decades of police abuse toward black Americans as a result of what they say is institutionalized racism in law enforcement agencies.

Cuccinelli, however, joined other Trump officials who claimed Sunday that systemic racism is not an issue in US law enforcement.

“There are individuals who are racist, they’re a small number,” he said, adding that “I would suggest that a bigger problem that can be filtered and trained for is simply bullying.”

As a result, he said, “we should challenge that attitude when we find it among officers and it should be worked into the training to work it out. It is a very tough balancing act that law enforcement officers that are doing their job have to conduct every day.”

His comments echo the message of Attorney General William Barr, who said in an interview with CBS earlier Sunday, “I think there’s racism in the United States still but I don’t think that the law enforcement system is systemically racist.”

“I understand the distrust, however, of the African American community given the history in this country,” Barr said.

Acting Homeland Security Secretary Chad Wolf similarly dismissed the idea that racism is a problem in law enforcement, arguing instead that “some” officers “abuse their jobs.”

“Painting law enforcement with a broad brush of systemic racism is really a disservice to the men and women who put on the badge, the uniform every day, risk their lives every day to protect the American people,” Wolf told ABC.