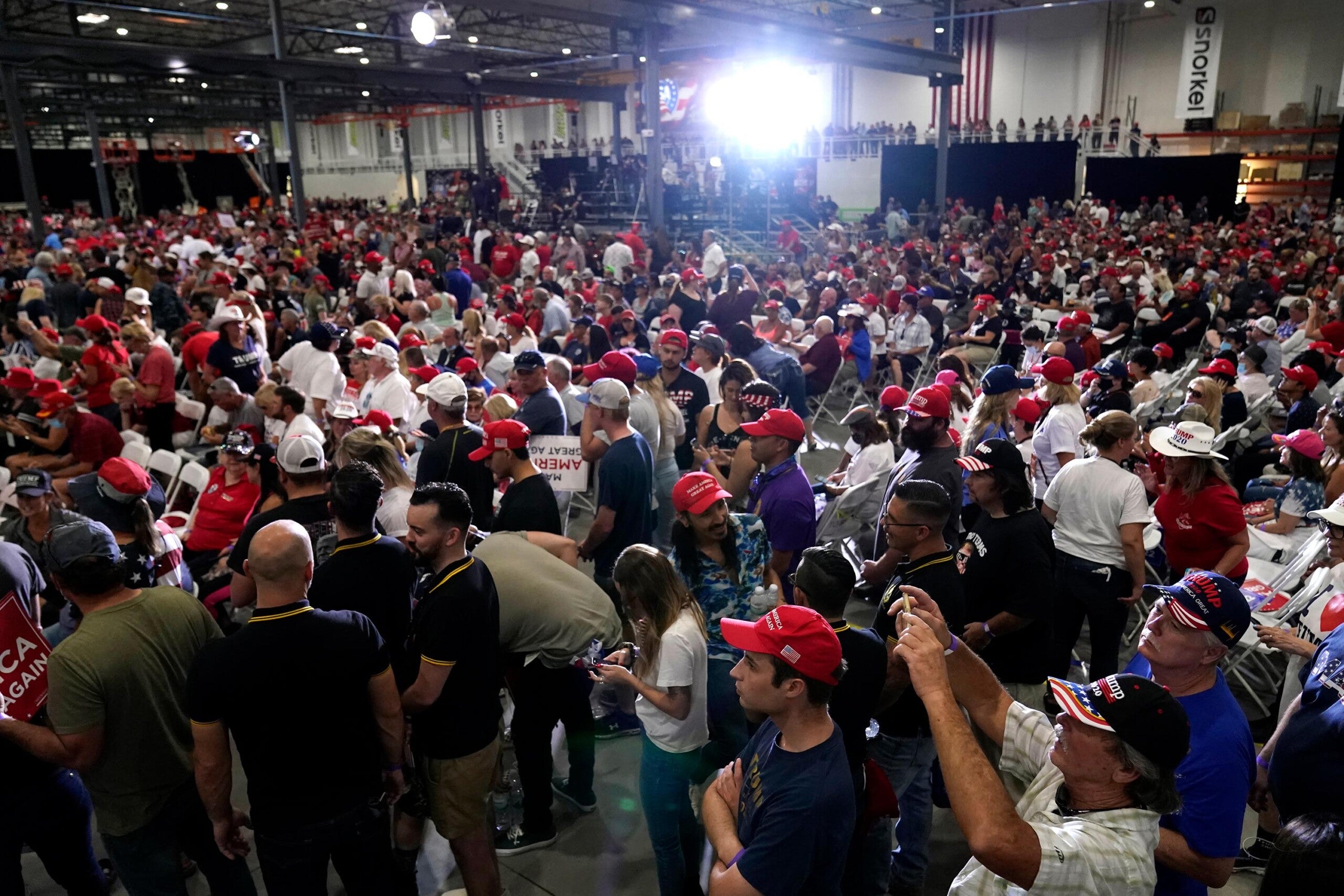 (CNN) — The Nevada company that hosted an indoor campaign rally for President Donald Trump attended by thousands of people will face a fine of $3,000 for violating state coronavirus guidelines banning large gatherings.

Sunday’s rally in Henderson, Nevada — which was held inside a facility owned by Xtreme Manufacturing — was expected to violate the state’s restriction on gatherings of 50 people or more. Attendees at the rally were not required to wear masks, and there was little social distancing. The city of Henderson had warned Xtreme Manufacturing that it would be violating the regulations if the rally proceeded.

“During the event, a compliance officer observed six violations of the directives and the City’s Business Operations Division has issued a Business License Notice of Violation to Xtreme Manufacturing and assessed a penalty of $3,000,” Kathleen Richards, senior public information officer for the city of Henderson, told CNN in a statement Monday.

Richards added that the company “has 30 calendar days to respond to the notice and pay the penalty or dispute the notice of violation.”

The indoor event came as Covid deaths approached 200,000 nationwide and after a similar indoor Trump rally in Tulsa, Oklahoma, in June was followed by a surge in the city’s coronavirus cases as well as a slew of diagnoses among Trump campaign staffers and Secret Service agents.

When asked generally about the Nevada rallies and whether it would limit the number of attendees, the Trump campaign on Saturday had offered only vague explanations of the protocols it would follow.

“Every attendee will get a temperature check prior to admission, be provided a mask they’re encouraged to wear, and have access to plenty of hand sanitizers,” a campaign official told CNN.

Xtreme Manufacturing owner Don Ahern declined to say Monday whether he intended to dispute the citation.

“My goal was to continue the great American tradition of the right to assemble and to free speech,” he said Monday afternoon during a brief news conference.

Ahern, who owns an equipment rental business and a Las Vegas hotel in addition to Xtreme, said that he considered the rally to be “no different than the thousands that are allowed to assemble at gaming tables, maskless pool parties and protests across the street.”

He also noted that he was not upset with city workers.

“You know, they’ve got a job to do,” Ahern said. “They may be being directed. So we respect everybody’s position in this situation.”

Ahern’s Las Vegas hotel was fined after it hosted an August “Evangelicals for Trump” campaign event that exceeded the state limit and also violated some city health restrictions.