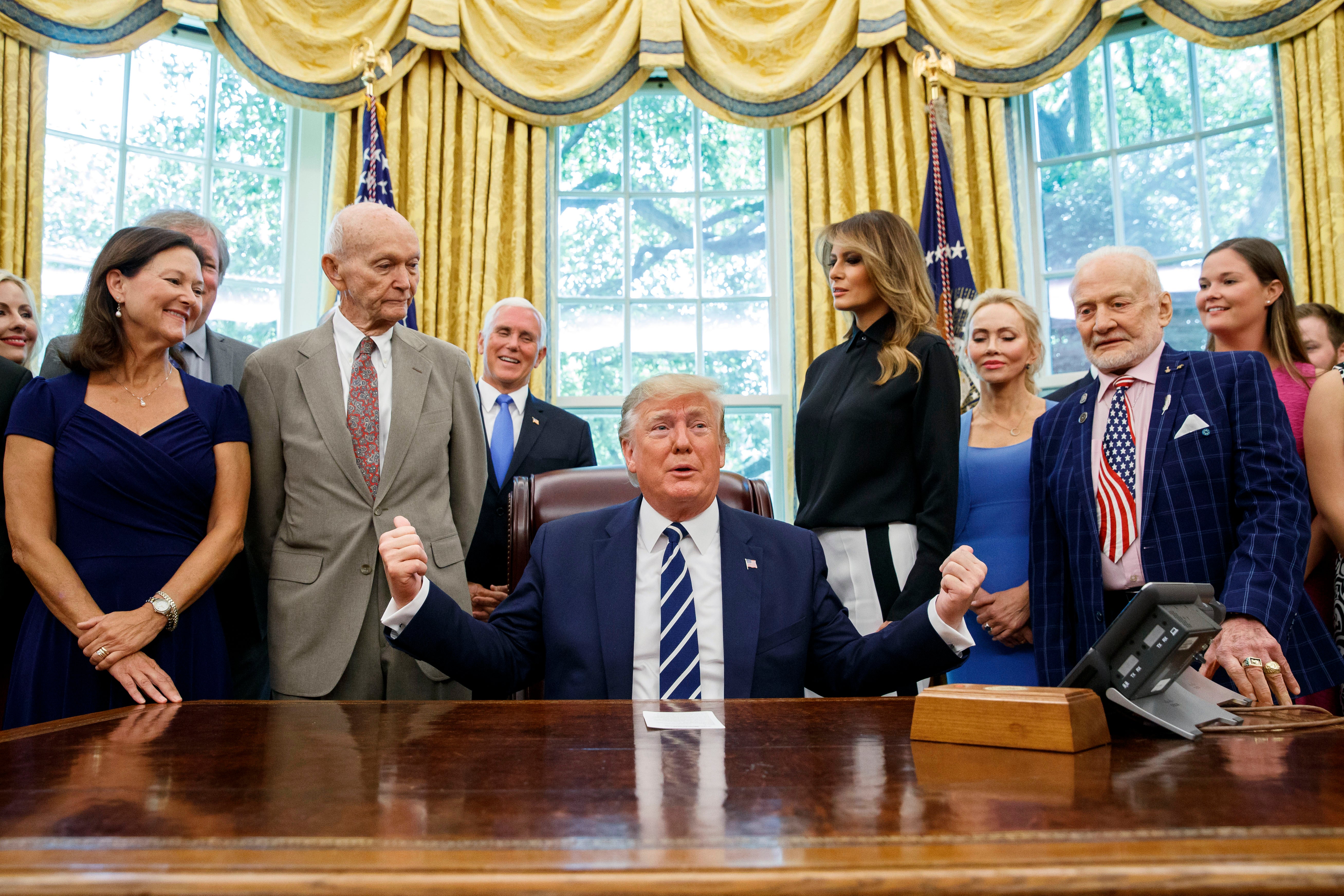 Flanked by Buzz Aldrin, Mike Collins and the family of mission commander Neil Armstrong in the Oval Office, Trump was briefed on his administration’s plans to send astronauts back to the moon and onto Mars, as well as advances in commercial spaceflight and the reusability of space systems.

“We are bringing the glamour back” to the space program, Trump said Friday, at the event where he was joined by First Lady Melania Trump, Vice President Mike Pence, and NASA Administrator Jim Bridenstine.

Trump directed Bridenstine to listen to the “other side” of his Mars exploration plan, referencing concerns by some that the most efficient way to the red planet doesn’t begin with a lunar visit. NASA’s current plans include a moon as a celestial stepping-stone to Mars.

Aldrin told Trump he was disappointed that even more advancements haven’t been made in space over the last decade.

Aldrin and Armstrong, who died in 2012, made history when they landed on the moon 50 years ago Saturday, as Collins orbited overhead in their command module.

Vice President Mike Pence will mark the anniversary Saturday with a visit and speech at the Kennedy Space Center in Cape Canaveral, Fla.