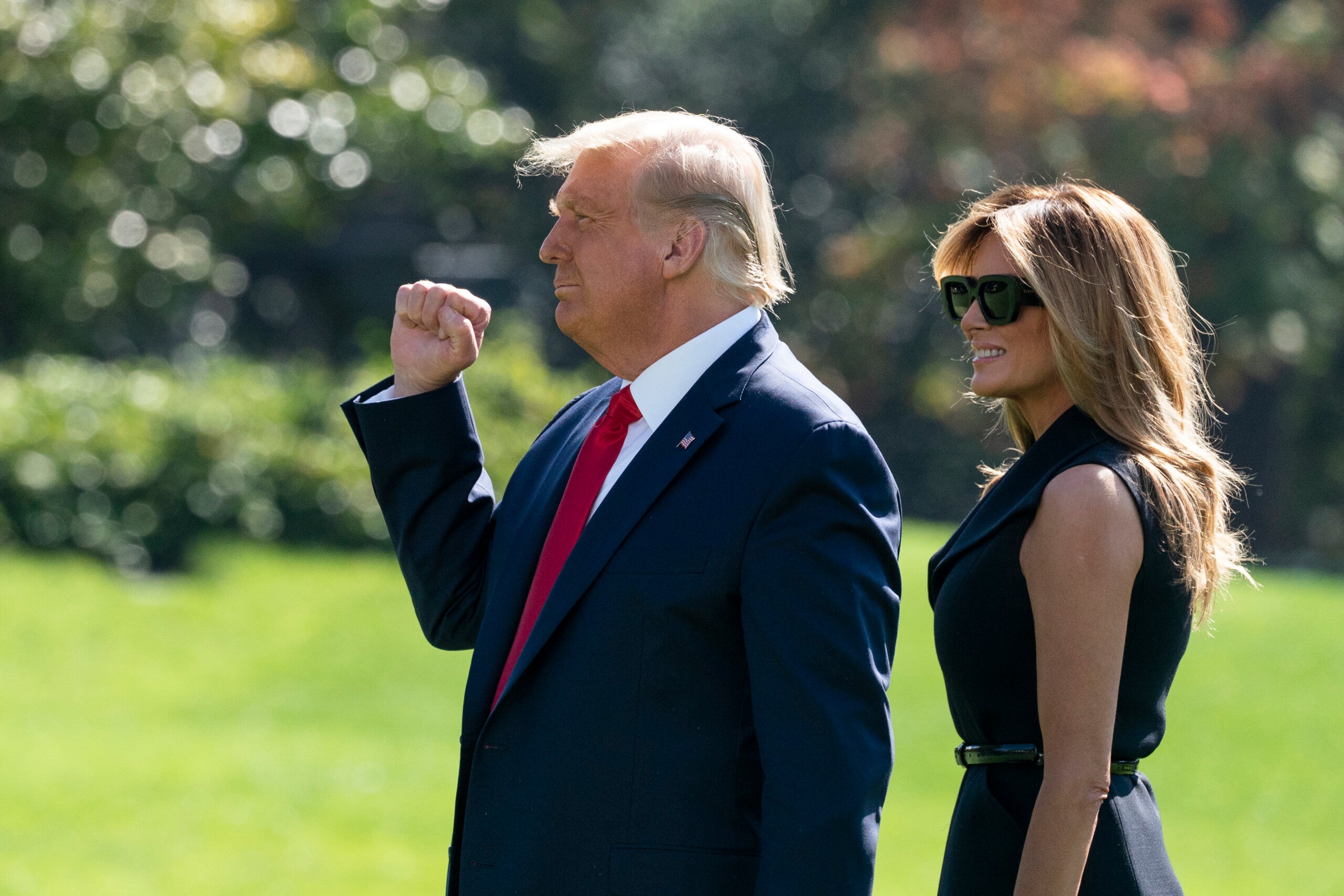 NEW YORK (AP) — President Donald Trump posted full, unedited interviews that he and Vice President Mike Pence did with “60 Minutes” on Facebook on Thursday before the show’s scheduled broadcast this weekend.

The footage shows Trump growing increasingly agitated as interviewer Lesley Stahl presses him on his response to the coronavirus epidemic, his demeanor on social media, the lack of masks at his campaign rallies and the “Obamacare” replacement plan he has long promised but failed to deliver.

“Are you ready for some tough questions?” Stahl asked at the start of the interview.

“Just be fair,” the president said.

When Stahl asked him about priorities for a second term and Trump talked about having created “the greatest economy in the history of the country,” Stahl immediately broke in.

“You know that’s not true,” she said.

Trump objected and said she wouldn’t address his opponent, Democrat Joe Biden, in the same manner.

In video of Stahl’s later encounter with Pence, she said “you both have insulted ‘60 Minutes’ and me by not answering any of our questions and by giving set campaign speeches that we’ve heard both of you give at rallies.”

She said she was upset by how the interviews had gone.

“Well, Lesley, I appreciate the speech that you just gave,” Pence replied. “But I’ve answered all your questions. And I’ve spoken about the things the American people care about.”

Trump complained about the “bias, hatred and rudeness” by “60 Minutes” and CBS as he tweeted the Facebook link.

The CBS broadcast, the most popular news program in the country, will have the last word Sunday, when it presents edited versions of the interviews, along with talks with Biden and his vice presidential candidate, Kamala Harris.

Throughout the interview, Trump returned to attacks on Biden’s son, based on an unconfirmed New York Post report, and accused the media of being too soft on his Democratic rival.

As Stahl commented at one point that Trump was offering attack after attack, Trump responded: “It’s not attack, it’s defense. It’s defense against attacks.”

As Trump continued to throw unsubstantiated allegations at Biden and former President Barack Obama, Stahl tried to explain: “This is ‘60 Minutes’ and we can’t put on things we can’t verify.”

But Trump continued to criticize the mainstream media.

“Lesley, you’re discrediting yourself,” he said.

Trump eventually cut the interview short and declined to appear with Pence.

“60 Minutes” is “widely respected for bringing its hallmark fairness, deep reporting and informative context to viewers each week,” the network said in a statement. “Few journalists have the presidential interview experience Lesley Stahl has delivered over her decades as one of the premier correspondents in America and we look forward to audiences seeing her third interview with President Trump and subsequent interview with Vice President Pence this weekend.”