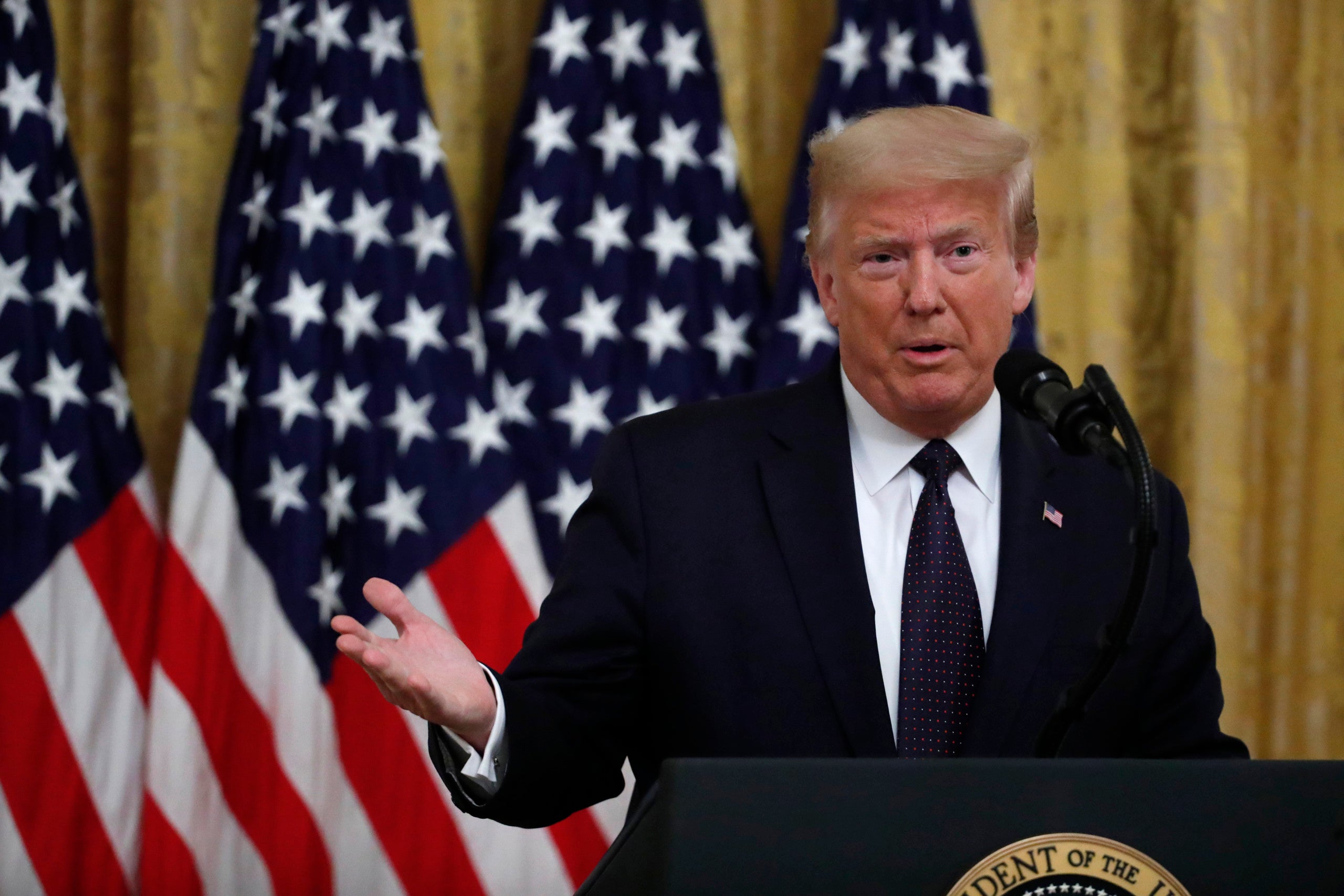 (CNN) — President Donald Trump said that his niece, who is set to publish a tell-all book about him and his family, had signed a nondisclosure agreement and is “not allowed to write a book.”

Mary Trump, the President’s niece and the daughter of his late older brother, Fred Trump Jr., has penned a book described as a “revelatory, authoritative portrait of Donald J. Trump and the toxic family that made him.” The book is set to be released on July 28, according to the book’s publisher Simon & Schuster.

Trump has dealt with several unflattering portrayals of his presidency written by former staffers, including a soon-to-be published book by former national security adviser John Bolton. Mary Trump’s book is the first from a family member that criticizes the President.

The Daily Beast first reported on Mary Trump’s book, “Too Much And Never Enough,” and that she had signed a nondisclosure agreement following a 2001 settlement from litigation disputing Fred Trump Sr.’s estate, citing people familiar with the matter.

Citing people with knowledge of the matter, the Daily Beast reported that Mary Trump reveals in her book that she was a primary source for The New York Times‘ 2018 investigation that found Trump helped “his parents dodge taxes” in the 1990s, including “instances of outright fraud” that allowed him to amass a fortune from them.

According to the book’s description, Mary Trump recounts how her uncle “dismissed and derided” his father, Fred Trump Sr., “when he began to succumb to Alzheimer’s.”

The President called the allegation “totally false” in his interview with Axios.

“It’s totally false; the opposite,” he said. “Actually, the opposite. I always had a great relationship. I didn’t know that she said that. That’s a disgraceful thing to say.”