Trump says US should start manipulating the dollar 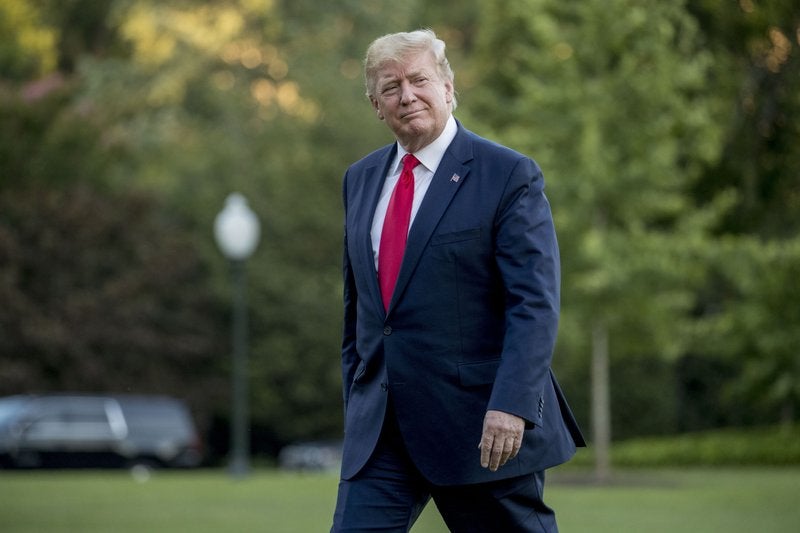 FILE - In this June 30, 2019 file photo, President Donald Trump walks across the South Lawn as he arrives at the White House in Washington. Trump is accusing China and Europe of playing a “big currency manipulation game.” He says the United States should match that effort, a move that directly contradicts official U.S. policy not to manipulate the dollar’s value to gain trade advantages. (AP Photo/Andrew Harnik, File)
by:
Posted: Jul 3, 2019 / 12:49 PM EST / Updated: Jul 3, 2019 / 12:49 PM EST

WASHINGTON (AP) — President Donald Trump on Wednesday accused China and Europe of playing a “big currency manipulation game.” He said the United States should match that effort, a move that directly contradicts official U.S. policy not to manipulate the dollar’s value to gain trade advantages.

In a tweet, the president said if America doesn’t act, the country will continue “being the dummies who sit back and politely watch as other countries continue to play their games — as they have for so many years.”

Trump’s own Treasury Department in May found that no country meets the criteria of being labeled a currency manipulator, although the report did put China and eight other countries on a watch list.

A country manipulates its currency when it drives down the value to make its exports cheaper and foreign imports more expensive.

As a candidate in 2016, Trump repeatedly charged that China was manipulating its currency and as president he would immediately label China as a currency manipulator.

However, after taking office, Trump’s Treasury Department has issued five reports on the subject, required by law every six months. In each report it said no country met the criteria to be labeled a currency manipulator.

Trump’s tweet seemed to have no impact in currency markets, a situation that would likely change if Treasury Secretary Steven Mnuchin began threatening to use currency manipulation to drive down the dollar’s value.

A weaker dollar would boost U.S. exports but could run the risk of causing foreign investors who are helping to finance the federal government’s $22 trillion national debt to move their investments elsewhere to avoid the risk of currency depreciation lowering their returns.