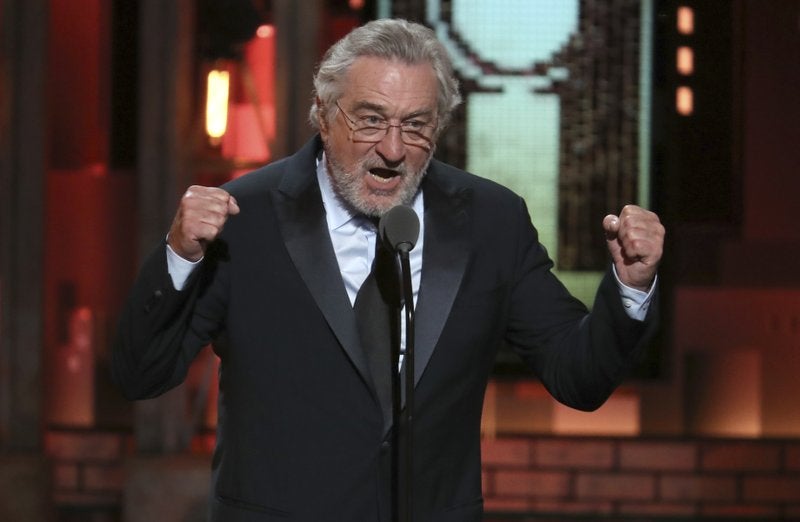 At Sunday night’s Tony Awards, De Niro launched an expletive at Trump. On Monday, the actor apologized to Canadians for the “idiotic behavior of my president.”

Trump is responding on Twitter as he returns from his summit with North Korean leader Kim Jong Un in Singapore.

Trump says De Niro, who won an Academy Award for his performance in 1980′s “Raging Bull,” ″has received to (sic) many shots to the head by real boxers in movies.”

Trump says he believes De Niro “may be ‘punch-drunk,’” adding, “Wake up Punchy!”