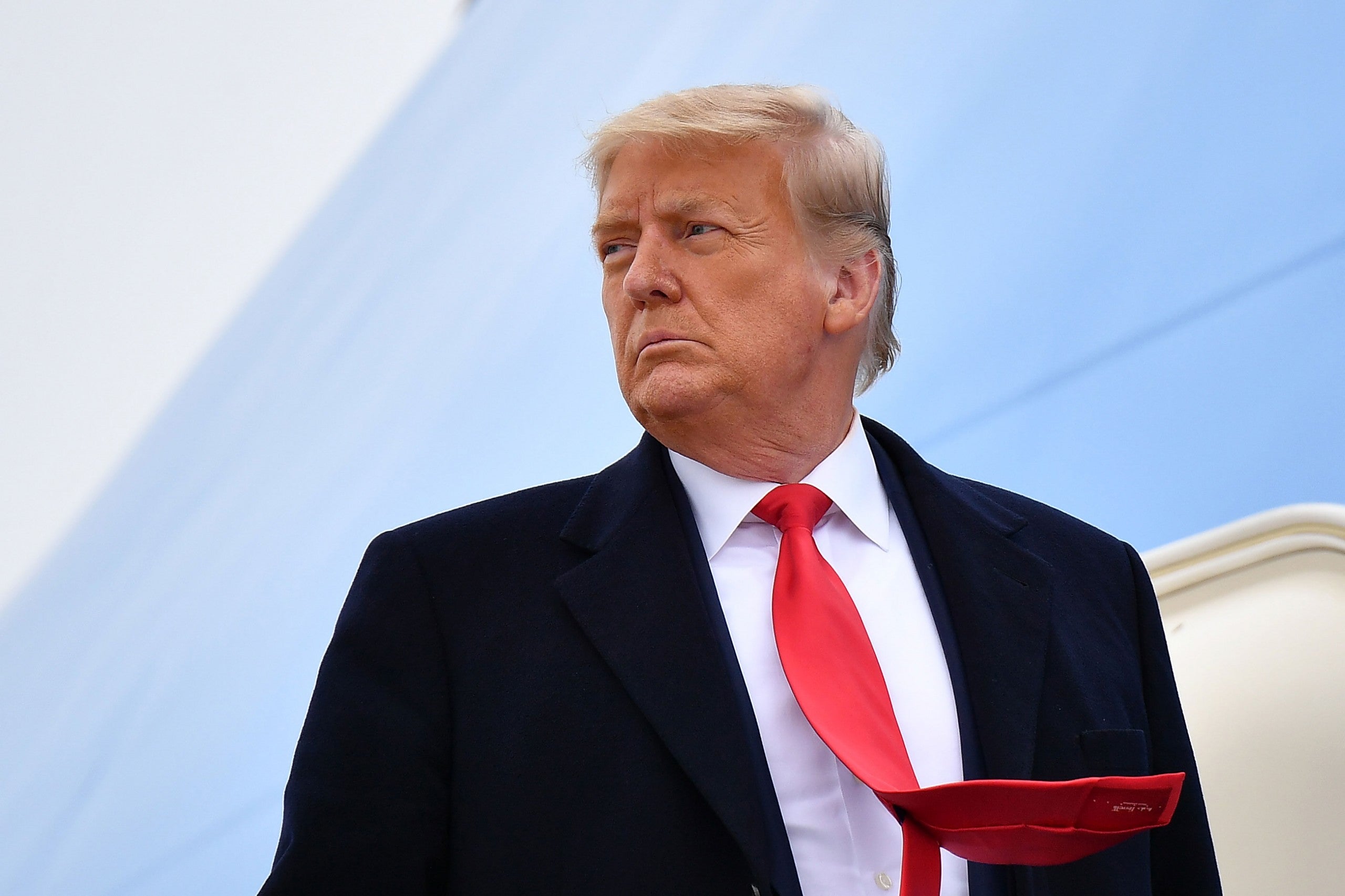 (CNN) — Former President Donald Trump has spent his first five months away from Washington surrounded by a generously paid group of staffers, at least one of whom received a $32,000 raise over their White House salary, according to Freedom of Information Act records obtained by CNN.

As of May 12, the compensation for aides kept on by Trump and former Vice President Mike Pence, who received about 20% of the $2.6 million sum available to both men in accordance with the Presidential Transaction Act, totaled $1.26 million. The lump sum for transition activities, which is managed by the General Services Administration during a former president’s first six months out of office, is typically applied toward rent for a suitable office space, staff salaries and benefits, and printing and postage expenses.

In Trump’s case, the bulk of the funds available to him have been used to pay several ex-White House staffers who remained by his side at his Mar-a-Lago estate in South Florida — where he has been building out a post-presidential political machine — before he relocated earlier this month to his Bedminster, New Jersey, golf club, where he and his team will spend the summer. The FOIA records, which the Citizens for Ethics and Responsibility in Washington (CREW) shared with CNN, show that everyone from Trump’s post-presidential communications director Dan Scavino and adviser Stephen Miller to an unidentified personal aide are receiving six-figure salaries.

While some aides took double-digit pay cuts from what they were making inside the Trump White House, one press assistant whose name was redacted in the records saw their salary increase from $58,000 to $90,000 annually. Like others assisting Trump with his transition, the aide was expected to receive benefits totaling an additional several thousand dollars between January 21 and July 21. Some of these details were first reported by Business Insider on Monday.

Unlike Trump, who boasted a net worth around $3.1 billion when he entered office in January 2017 and owns several sprawling properties and golf clubs across the US, past presidents have often leased pricey urban office spaces to house their post-presidential operations after transitioning out of the Oval Office. According to a GSA report submitted to Congress in 2004, for instance, the agency “awarded a 10-year office lease for former President [Bill] Clinton for $346,128 per year” located in upper Manhattan after the 42nd President left office.

“George H.W. Bush had, like, one little old lady who answered phones and responded to letters from the Boy Scouts,” said a former US official previously involved in transition planning. “Because Trump is working out of a property he owns, he’s likely been able to keep office space costs down and employ a larger team.”

One request prepared by GSA officials in March showed that Trump’s aides spent $250 to have rented office furniture picked up from Mar-a-Lago, where he and his team have been working from a converted bridal suite above the resort’s 20,000-square-foot ballroom. The former President and his wife, Melania, have also spent money on “font services” and the GSA is expected to pay about $126,000 in rent during the six-month period of January 21 to July 21 for additional office space in Arlington, Virginia, where some of Trump’s aides and Pence’s team have been working.

The Presidential Transition Act provides a lump sum to outgoing presidents and their vice presidents that is managed by the General Services Administration and lasts from the first day of their retirement from office, or January 21, through the six-month period after they leave office. Once that period expires, the Former Presidents Act ensures continued funding for office allowances, certain travel expenses, mailing privileges, and an annual aggregate staff compensation no greater than $150,000 for an additional 30 months. When that 30-month period expires, the former president’s aggregate staff compensation rate cannot exceed $96,000 annually.

While the law does not provide separate compensation for aides who are kept on by the former first lady, Melania Trump continues to employ a handful of staffers who have been working in separate office spaces at Mar-a-Lago and rarely overlap with her husband’s staff, according to two people familiar with the set up. Records show that Marcia Kelly, an adviser to the former first lady, and Melania Trump’s chief of staff Hayley D’Antuono, are being paid at annual salary rates of $150,000 and $160,000, respectively. It was not immediately clear if the Trumps themselves are also supplementing their staff members’ salaries with private funds, which they are permitted to do.

A spokesperson for the Trumps did not immediately return a request for comment.

That Trump is using most of his post-presidential allowance to maintain a significant staff presence speaks directly to how his retirement vision differs from those who came before him. Showing little regard for traditions that have long accompanied those with the “former president” honorific — such as penning a memoir, establishing a presidential library or adopting a clear philanthropic cause — Trump has instead channeled his energy into building a major political operation aimed at preserving his grip on the GOP, propelling certain Republican candidates to victory in the 2022 midterm races and promoting his false claims about widespread fraud in the 2020 election.

Meanwhile, Trump’s on-the-move adult children have continued to saddle taxpayers with hefty bills to cover their travel and US Secret Service protection in the time since their father left office. The non-profit CREW received USSS records earlier this month revealing that in the first 30 days of Trump’s post-White House retirement, his children’s travel cost more than $140,000.

Those costs included more than $50,000 in transportation to places like Miami, New Jersey, and Salt Lake City, where Ivanka Trump and Jared Kushner vacationed with their three children in January, and $88,678 in hotel bills. Trump chose to extend Secret Service protection for his family members through July, leaving taxpayers to foot the bills for agents assigned to his children’s security details whenever they travel. Kushner’s nine-day trip to the United Arab Emirates earlier this month, for instance, reportedly cost taxpayers $12,950 in hotel costs alone to accommodate his Secret Service detail, the Daily Beast reported Monday.

“The general feeling is there probably won’t be a lot of sadness when the six months is up,” said one person familiar with the attitude of USSS personnel tasked with protecting the extended Trump family through July.

The agents who are currently on the Trump family detail are mostly posted from local field offices in proximity to the adult children’s primary homes, and not from the Presidential Protective Division, which was tasked with that job while Trump was in office. All four of Trump’s adult children have made multiple trips since their father departed the White House and three of them have established home bases in Florida, in addition to the residences they maintain in New York.

Donald Trump Jr., in particular, likes to go “off the grid” with some frequency, taking vacations for hunting and fishing in remote parts of Alaska, although a source familiar tells CNN it is not clear if the former President’s eldest son is shadowed by USSS protection on these trips.

A Secret Service spokesperson declined to comment on any of the individuals it may or may not protect, per agency policy.