Trump to address from White House balcony on Saturday; at campaign rally Monday in Florida 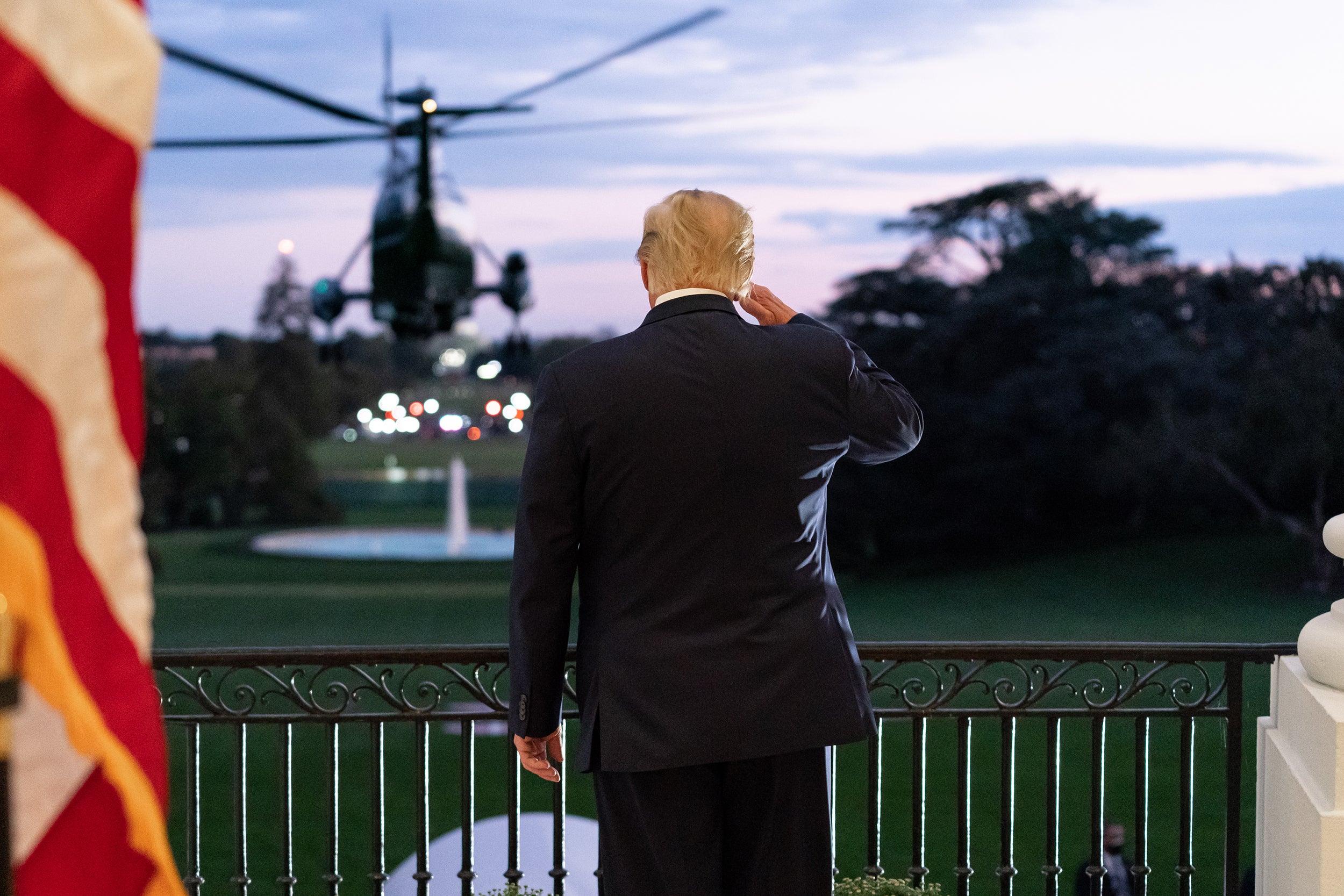 (CNN) — President Donald Trump will emerge from his COVID-forced isolation Saturday for a speech from a White House balcony, allowing the public their first independent glimpse in days of a leader recovering from coronavirus.

Hundreds of guests have been invited to the White House for the event, despite concerns about a late September ceremony in the Rose Garden that may have acted as the nexus for a viral outbreak that has ripped through Trump’s staff.

This time, Trump will not be close to attendees. But the prospect of hosting another large gathering as the contagion spreads has already generated concerns among some of Trump’s aides.

He is also now scheduled to hold a campaign rally in Florida on Monday evening. The event will take place in a airport hangar in Sanford, Florida, outside Orlando.

Since returning to the White House on Monday evening, Trump has not been seen in public. In a series of lengthy phone interviews, he said he is ready to end his COVID-19 isolation and emerge onto the campaign trail, despite little clarity about his condition, no independent view of his physical state and warnings from health experts he is likely still shedding the virus.

Anguished over his badly weakened political standing weeks before the election, Trump has implored aides and his medical team to clear him for a return to campaigning. He said on Thursday he was planning rallies as early as Saturday, though aides downplayed the prospect of arranging an event so quickly and said there is currently no travel planned at the moment for this weekend.

Instead, the South Lawn event was scheduled as an outlet for the president to speak to his supporters and show the country he is well enough to resume campaigning. The choice by the White House is striking given the last large event they hosted, the Rose Garden ceremony announcing the nomination of Judge Amy Coney Barrett to the Supreme Court, has been linked to multiple COVID-19 infections.

“It was in a situation where people were crowded together and went without wearing masks. So the data speak for themselves,” he said in an interview with CBS Radio.

Trump was biding his time this week with telephone interviews, including one that stretched through the midday hours Friday with conservative radio host Rush Limbaugh. It was Trump’s third phone-in to a friendly outlet since Thursday, and he has scheduled additional interviews for the weekend.

Inside the White House, Trump has veered wildly on issues like whether he will participate in the next presidential debate or whether he will negotiate with Democrats on another stimulus package.

“I don’t think debates mean that much,” Trump insisted to Limbaugh, even as his campaign was pressuring the Commission on Presidential Debates to host an in-person event next week.

Before calling in, Trump wrote on Twitter that “Covid Relief Negotiations are moving along,” despite him abruptly scrapping talks with Democrats a few days earlier — a move that prompted stocks to plummet, spooking the president.

It all has lent the impression of a leader and an administration in new state of disarray, even for a tenure marked by chaos. Some of Trump’s aides have speculated his wild swings in temperament and head-spinning reversals are related to his medical condition, and specifically his use of dexamethasone, the steroid he had been taking as part of his treatment for coronavirus.

He’s been conducting most of his business by telephone as officials avoid coming into close contact with him. Those who have taken his calls uniformly described him as “upbeat,” though that has not been in evidence during his rage-filled interviews on Fox News and Fox Business, when he angrily tore into both his political rivals and the senior-most Cabinet members in his own administration.

Since Trump returned from the hospital on Monday, only a few senior officials have actually seen him in person as he works from the Residence and Oval Office. While offices had been arranged for him in the lower level of the executive mansion, Trump has found them wanting — he complained multiple times about his telephone during a Thursday morning interview on Fox Business — and has insisted on returning to the Oval Office.

Trump has been evaluated by members of the medical team and continues to have a Secret Service detail. All wear yellow gowns, plastic goggles and N95 masks when they’re near him.

But the circle of people who have actually seen him in the flesh since Monday is very small. His staffing has been kept to a minimum to avoid contagion but also because so many of his aides have caught coronavirus.

Members of Trump’s inner-circle who would ordinarily interact with him multiple times a day — including senior advisers Hope Hicks and Stephen Miller and press secretary Kayleigh McEnany — are themselves recovering from coronavirus at home. Daughter Ivanka Trump is quarantining at home as well, though she isn’t known to have the virus.

Vice President Mike Pence, who had been traveling in the West this week around his debate appearance, returned to Washington earlier than planned on Thursday but was not expected to see Trump in person.

In a series of videos released by the White House, Trump sounded buoyant but seemed at moments to have trouble catching his breath. He also wore heavy makeup. The videos, taped Wednesday on the White House South grounds, appeared lightly edited.

The circle of people who have laid eyes on Trump is likely to expand Friday. He will participate in his first in-person interview since contracting coronavirus with Dr. Marc Siegel, a medical analyst for Fox News. Siegel interviewed Trump over the summer where he defended his cognitive abilities by reciting a sequence he claimed he memorized during a test.

Still, the interview will be conducted remotely so it’s not clear who will actually see Trump in the flesh.

Aides were also discussing some type of outdoor photo-op that could put to rest concerns about his physical condition, but plans were still preliminary and nothing had been decided.

Trump is also set to participate in a midday virtual rally with conservative host Rush Limbaugh that his campaign describes as the “largest virtual rally in radio history.”

On Thursday evening, Trump phoned in for his second Fox interview of that day, a conversation that coincided with a new memorandum from his physician Dr. Sean Conley that read “I fully expect the president’s return to public engagement” by Saturday.

Trump took that as a sign he was cleared to again host rallies, even as he stopped a few times during the interview to cough or catch his breath.

The next morning, his press secretary called in to Fox from her own coronavirus isolation to cast some doubt on whether a rally could be arranged as quickly as Saturday.

It remained unclear when Trump would be tested again and whether those results would be disclosed publicly. The White House has repeatedly refused to say when he last tested negative, raising questions about the timeline of his disease.

While Conley said Thursday that Saturday would bring Trump to day 10 of his disease, he had earlier said that Monday was the day by which they would feel comfortable that Trump was in the clear.