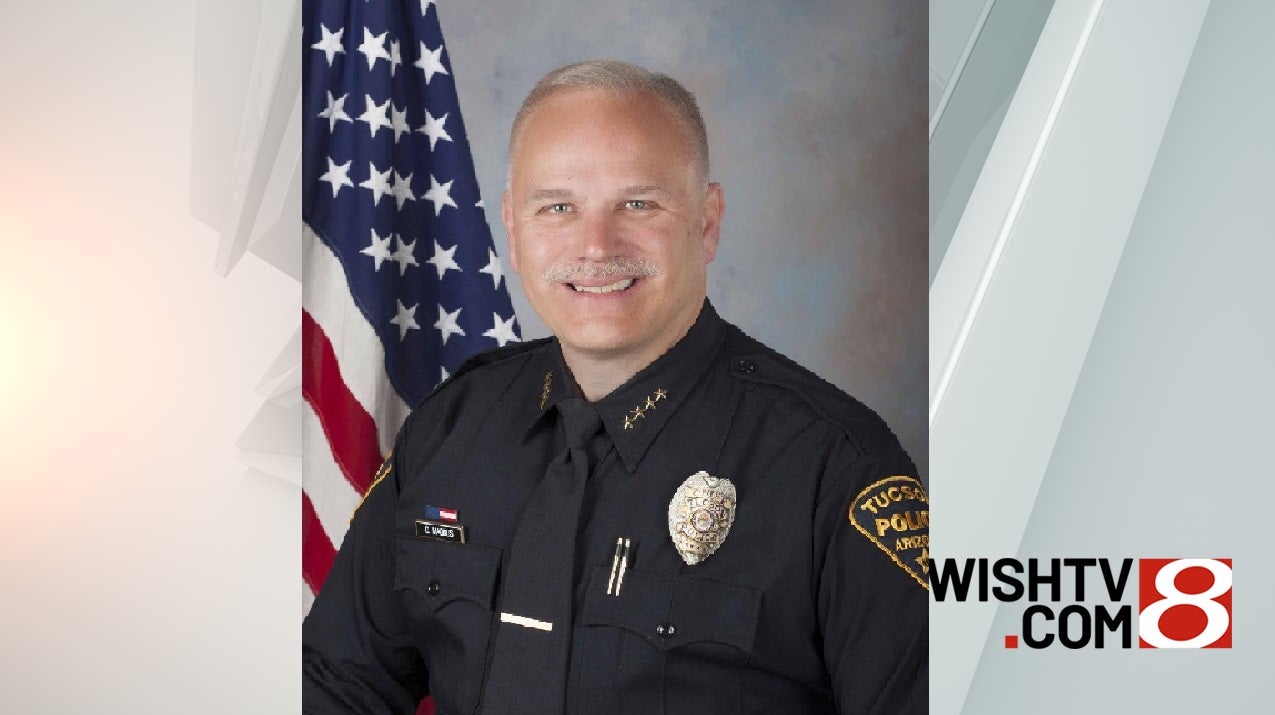 (CNN) — The police chief in Tucson, Arizona, offered to resign Wednesday following the public release of body camera video from a two-month-old incident in which a man died while in police custody.

Tucson police officers were called to a home in the early morning of April 21 where 27-year-old Carlos Ingram-Lopez “was drunk, yelling and running around the house naked,” Police Chief Chris Magnus said at a press conference Wednesday.

The video, which the department showed publicly for the first time today, showed officers wrestling with Ingram-Lopez in a dark garage of his grandmother’s house while screaming loudly. Ingram-Lopez, who is naked, is eventually handcuffed facedown “in a prone position for about 12 minutes,” Magnus said.

“Mr. Ingram-Lopez went into cardiac arrest and, despite the officer’s attempt to revive him, was declared deceased at the scene,” Magnus said.

Magnus said the medical examiner’s report indicated that Mr. Ingram-Lopez had a very high level of cocaine in his system as well as an enlarged heart, but the office could not conclusively determine his cause of death.

Magnus said an internal investigation found that the three officers involved committed “multiple policy violations” but noted “that there is no indication of malicious intent” and said that they did not “deploy strikes, use choke holds, or place a knee on Mr. Ingram-Lopez’s neck.”

He did not specify which policies were violated.

Mr. Ingram Lopez was Hispanic and the officers involved were both Black and White, Magnus said.

‘We see a person who is clearly distressed’

The incident was being investigated by the department when, on June 18, before the investigation was done, “the three primary officers in the case submitted their resignations to the department,” Magnus said.

“The files for these officers reflect that the department would have terminated them had they not resigned,” he said.

Tucson Mayor Regina Romero said she was “deeply troubled and outraged by what happened.”

“We see a person who is clearly distressed, asking for water, asking for help asking for his nana,” Romero said, referring to the Spanish word for grandmother.

Magnus said that video was “very difficult” to watch and he extended “our deepest sympathies to Mr. Ingram-Lopez’s family.”

The case has been referred to the Pima County Attorney’s Office but no decisions about criminal charges have been made but the case is still under review, Magnus said. Magnus also said he had asked for the FBI to review the case.

In the meantime, Romero said she will propose some reforms to the Tucson Police Department. Romero said she wants to ensure that the police immediately notify the mayor, city council and the community of any death in police custody.

“It is simply not acceptable that both mayor and council and the public were not notified of this event after the incident took place,” Romero said.

Magnus said that the delay in senior police and city officials in seeing the video was the result of a “miscommunication.” He also said the notification process for the public also could have been affected by the start of the most intense part of the coronavirus pandemic.

“But I realize given the times we are in, any mistakes of this kind are viewed with great suspicion and contribute to the lack of trust in the police,” Magnus said, before offering his resignation.

Magnus said the department has instituted a policy requiring at least two chiefs to view video footage related to any in custody death within 48 hours.

Romero said she did not know that Magnus would offer to resign before the press conference and did not say whether Magnus’ resignation would be accepted. City officials noted that he would be potentially removed by the city manager, not the mayor.

Romero, however, did say that Magnus has been “a great police chief for the city of Tucson.”