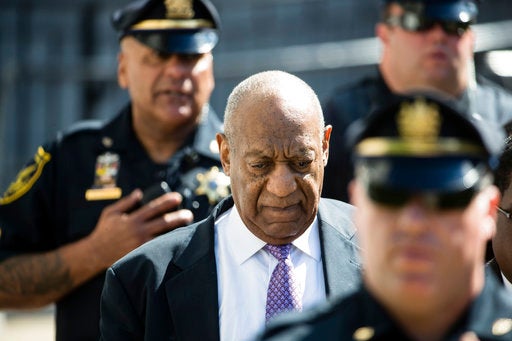 Although the academy hasn’t decided whether he’ll remain in the Hall of Fame, Cosby’s name had previously been removed from a list of Hall of Fame honorees on the academy’s website.

A bust of Cosby no longer will be part of a rotating Walk of Fame exhibit honoring TV heavyweights at the academy’s Los Angeles headquarters, an academy spokesman said.

Last week, jurors in Pennsylvania convicted Cosby of drugging and molesting a Temple University employee in 2004. He awaits sentencing.