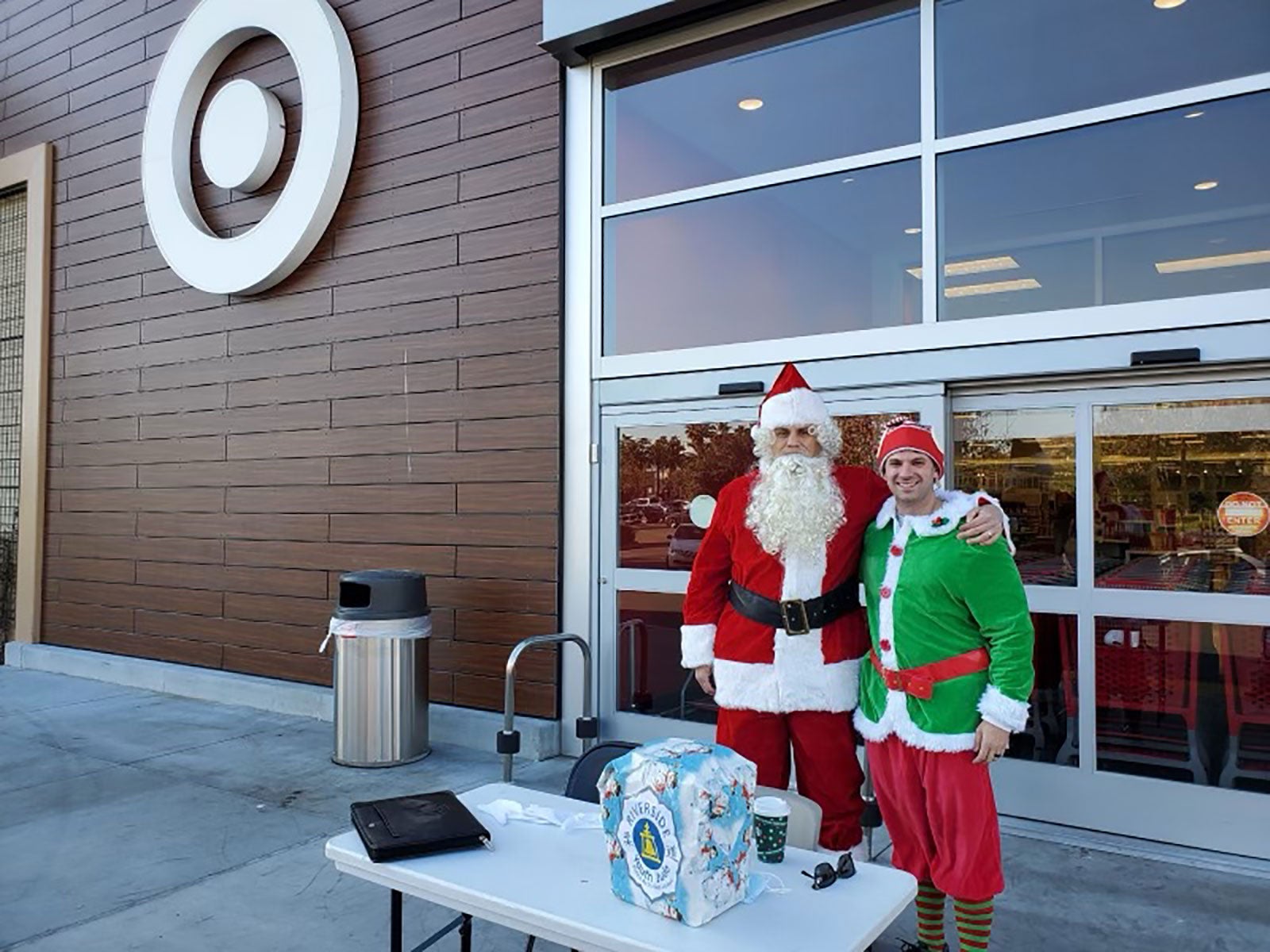 (CNN) — Cops dressed as Santa Claus and his elf jumped into action when they saw a car being stolen, said police in Riverside, California.

The undercover police officer and detective were outside a busy shopping center on Thursday as part of a holiday enforcement program when they saw three men in the process of stealing a Honda CR-V in the parking lot, according to a post on the Riverside Police Department’s Facebook page.

Two suspects ran when they saw the police but were quickly apprehended, according to the post.

Police video of the incident showed the officer in his elf costume ordering one of the suspects to get on his knees at gunpoint.

A second suspect resisted arrest, according to police, before the detective dressed as Santa rushed over to help.

“Get him Santa,” someone yelled off camera as he grabbed the suspect from behind and forced him on the ground.

One of the suspects was identified and later released and the second was arrested for possession of illegal drugs and resisting arrest, police said.

The third suspect was able to drive away in the SUV and abandoned it nearby.

Police said they have identified the third suspect and will arrest him on car theft charges in the near future.

The police were at the shopping center as part of a program to crackdown on retail theft.

They arrested three people, including a woman, who allegedly walked out of the story with a cart full of merchandise and a man accused of stealing expensive Lego sets worth $1,000, police said.

A police spokesman said it was the first time the department has used an undercover Santa.