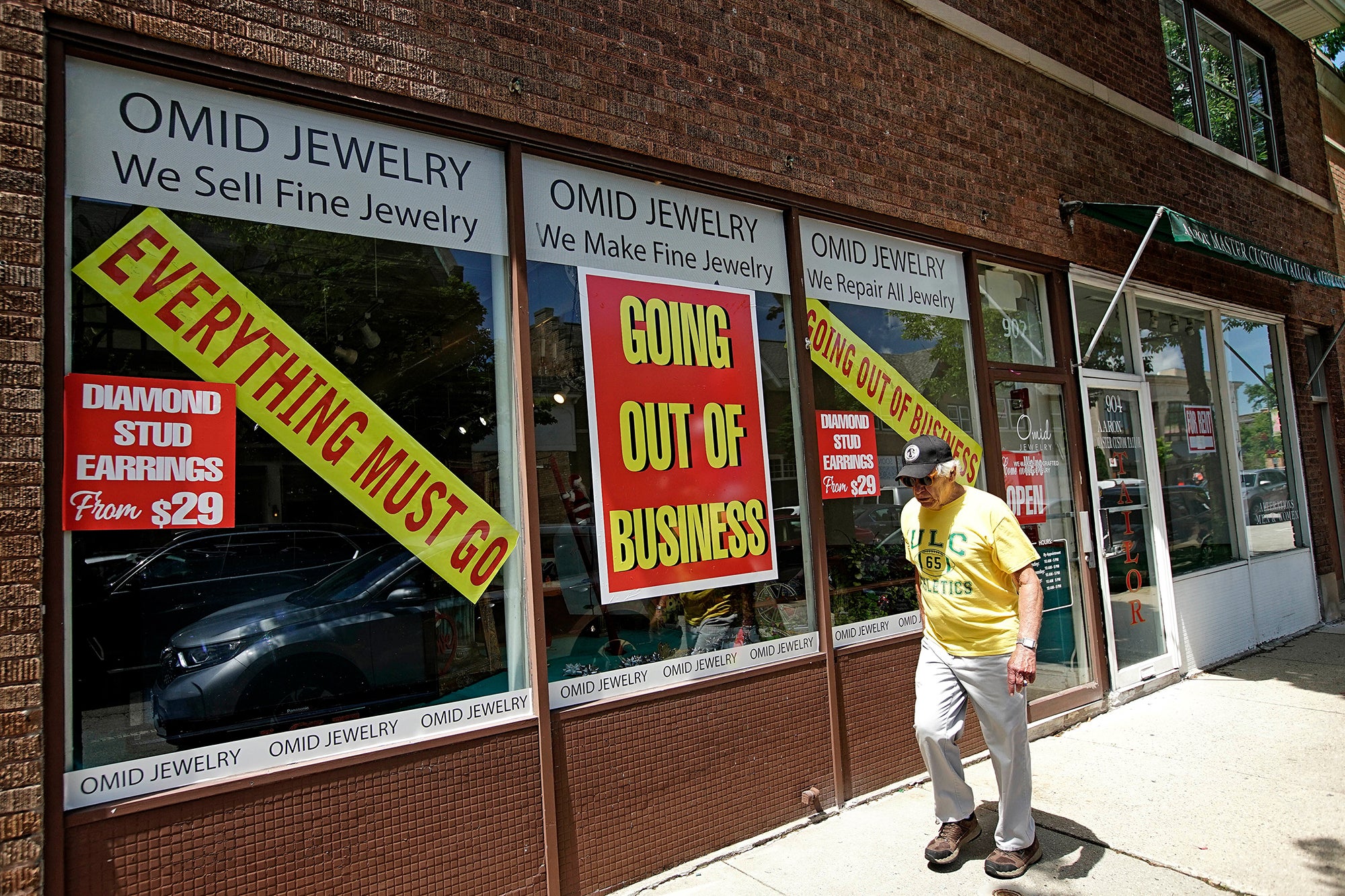 A man walks past a retail store that is going out of business due to the coronavirus pandemic in Winnetka, Ill., Tuesday, June 23, 2020. Illinois Gov. J.B Pritzker announced a package of state grant programs that will help support communities and businesses impacted by the COVID-19 pandemic and unrest in the area. (AP Photo/Nam Y. Huh via CNN)
by: Anneken Tappe and Tami Luhby, CNN Business
Posted: Jun 25, 2020 / 10:51 AM EST / Updated: Jun 25, 2020 / 10:51 AM EST

(CNN) — First-time claims for unemployment benefits have fallen in every report for the past 12 weeks. Still, the American jobs crisis is far from over: Another 1.5 million Americans filed initial jobless claims last week.

That’s emblematic of how contradictory the current pandemic recession is. Conditions in the US labor market are undoubtedly improving, but the road to recovery is long and littered with obstacles.

And that massive number doesn’t include claims filed under the pandemic program that Congress created to provide benefits to more workers who typically aren’t eligible for unemployment benefits, including the self-employed. Another 728,000 people in 46 states claimed first-time pandemic unemployment assistance, the Department of Labor said Thursday, about 43,000 fewer applications than the week before.

Continued regular jobless claims, which count people who have filed for unemployment benefits for at least two weeks in a row, stood at 19.5 million, down from 20.3 million in the week before.

On top of that, continued pandemic claims stood at more than 11 million across 46 states. That’s up nearly 1.7 million from the prior week. The pandemic program will expire at the end of the year.

Lawmakers created the latter program to provide those who have exhausted their benefits with an additional 13 weeks of payments. It also expires at the end of 2020.