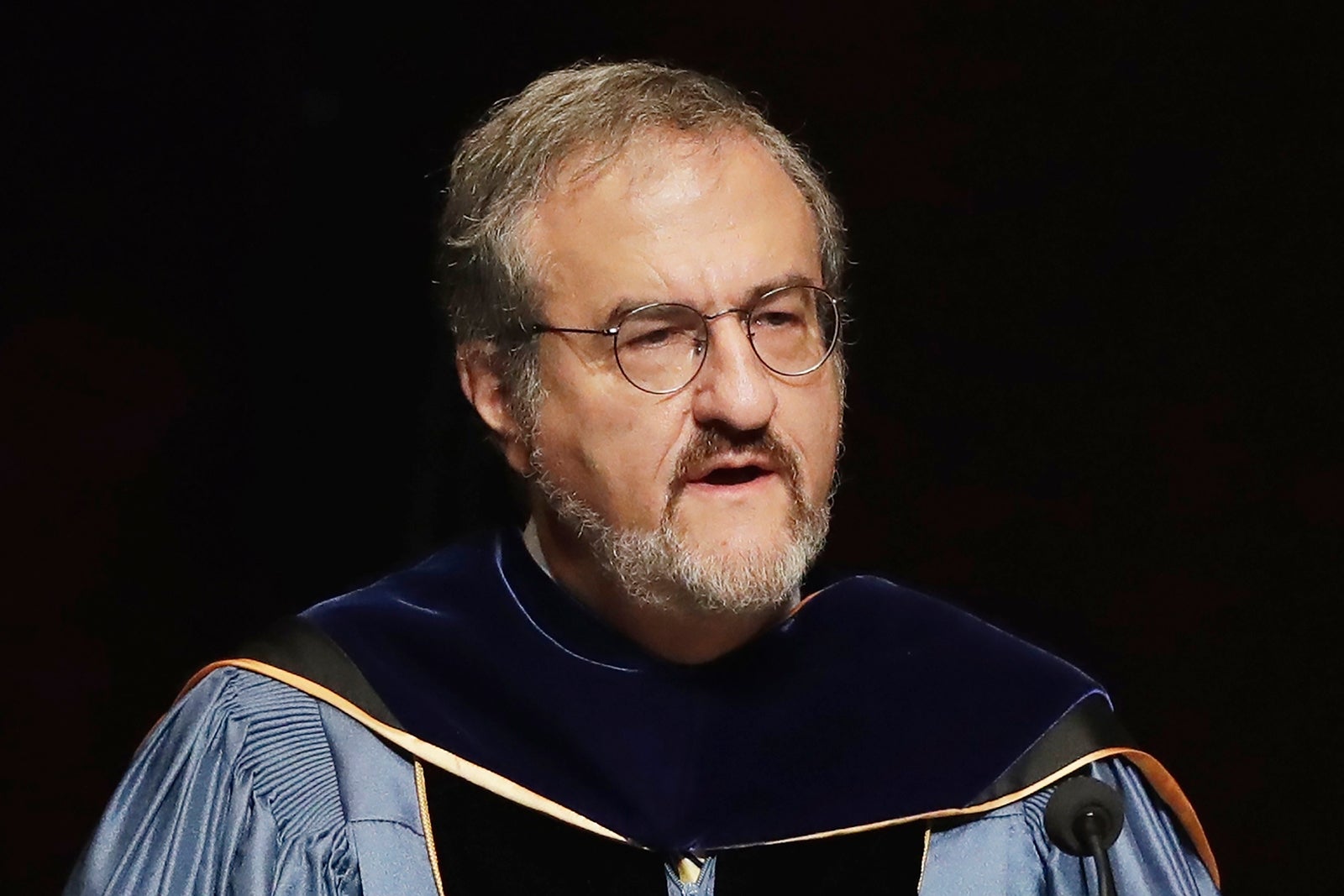 FILE - In this Jan. 30 2017, file photo, University of Michigan President Mark Schlissel speaks during a ceremony at the university, in Ann Arbor, Mich. Schlissel has been removed as president of the University of Michigan due to the alleged "inappropriate relationship with a University employee," the school said Saturday, Jan. 15, 2022, on its website. (AP Photo/Carlos Osorio, File)
by: Artemis Moshtaghian, CNN
Posted: Jan 17, 2022 / 09:38 AM EST / Updated: Jan 17, 2022 / 09:38 AM EST

(CNN) — The University of Michigan removed president Mark Schlissel from his position “effective immediately” following an anonymous complaint suggesting that he “may have been involved in an inappropriate relationship with a University employee,” the university said Saturday.

“After an investigation, we learned that Dr. Schlissel, over a period of years, used his University email account to communicate with that subordinate in a manner inconsistent with the dignity and reputation of the University,” a statement from the board of regents read.

The board said it received the complaint in December.

The university released nearly 120 pages of redacted email correspondence allegedly between the former president and the university employee. The communication highlights emails sent from both Schlissel’s personal and official university email addresses to an employee referred to only as “Individual 1.”

The email communication between the two appears to be consensual and appears to have taken place from 2019 to 2021, according to the redacted email correspondence.

The university’s policy on supervisor-employee relationships was introduced last summer in an attempt to overhaul the school’s approach to addressing sexual misconduct and “to create a culture at the university where every person is respected,” according to the university.

“Failure of the Supervisor to disclose an Intimate Relationship is a serious offense and cause for discipline, up to and including dismissal from employment,” the policy states.

“The Regents received an anonymous complaint regarding an alleged sexual affair between you and a subordinate,” a termination letter addressed to Schlissel posted online by the university reads.

The letter stated that the former president’s conduct was “particularly egregious considering your knowledge of and involvement in addressing incidents of harassment by University of Michigan personnel, and your declared commitment to work to ‘free’ the University community of sexual harassment or other improper conduct.”

The board appointed former University of Michigan President Mary Sue Coleman as Interim President and will confirm changes to university leadership during a session on February 17.