University president resigns after plagiarizing part of a speech 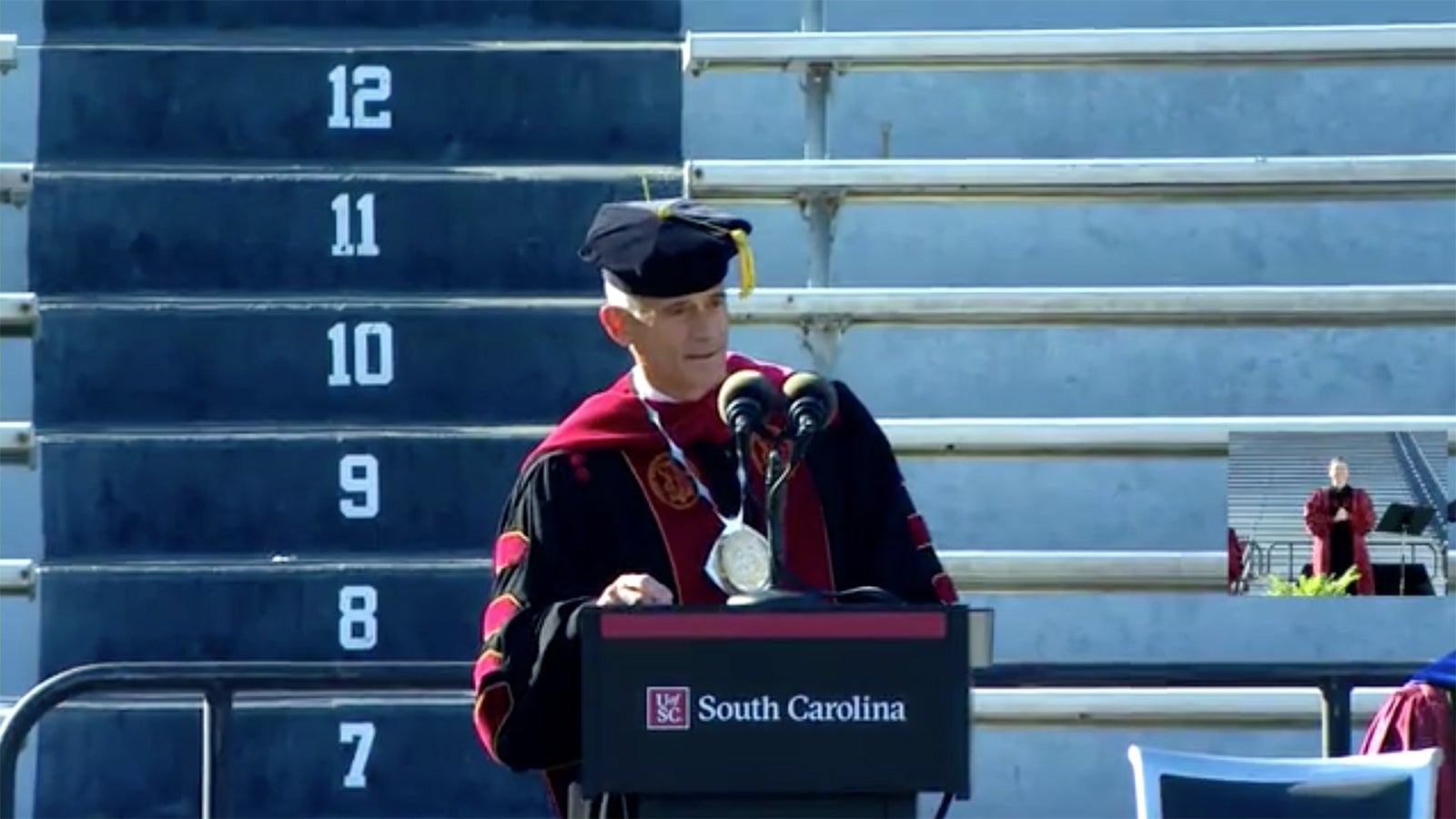 (CNN) — The University of South Carolina accepted the resignation Wednesday of President Bob Caslen, who admitted he plagiarized part of a speech by the former head of US Special Operations Command during a weekend commencement speech.

In a letter on Monday, Caslen said he was “truly sorry” for having shared a well-known quote by Admiral William McRaven, who oversaw the successful raid that killed Osama bin Laden.

“I was searching for words about resilience in adversity and when they were transcribed into the speech, I failed to ensure its attribution. I take full responsibility for this oversight,” he wrote.

Caslen’s advice to the class of 2021 echoed a famous speech by McRaven to the graduates at University of Texas in 2014. McRaven’s commencement speech has been viewed over 13 million times on YouTube and years later is still an inspiration to viewers. McRaven, a retired four-star admiral, is a former chancellor at the University of Texas.l

“Know that life is not fair and that you will fail often,” McRaven said. “But if you take some risks, step up when the times are toughest, face down the bullies, lift up the downtrodden and never, ever give up — if you do these things, then the next generation and the generations that follow will live in a world far better than the one we have today. And what started here will indeed have changed the world — for the better.”

Caslen’s speech was nearly identical to McRaven’s, yet he was not given credit. That wasn’t the only blunder made during the ceremony. At one point Caslen congratulated the graduates of the University of California, instead of South Carolina. He tried to recover over the audible gasps from the crowd and said, “Sorry about that, I owe you push ups.”

In his letter to students, obtained by CNN affiliate WIS, Caslen apologized for having undermined trust in the university’s leadership. “I understand the responsibilities and higher standards of senior level leadership. When those are not met, trust is lost. And when trust is lost, one is unable to lead.”

On Wednesday, the board of trustees said it accepted Caslen’s offer of resignation that will go into effect Thursday.

The board thanked Caslen for his service and announced that former President Harris Pastides will serve as interim president of the university. The board said the search for a permanent president would begin immediately.

Correction: An earlier version of this story misspelled the last name of retired Navy Admiral William McRaven and gave the wrong name for the military unit that he led. He was the former head of US Special Operations Command.