US: Immigrants can seek coronavirus care without fear 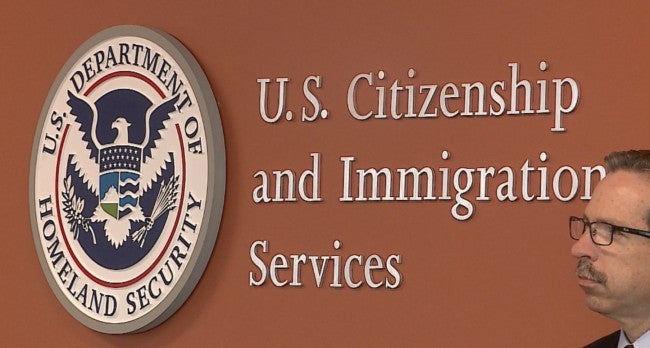 PHOENIX (AP) — The U.S. government says a new rule disqualifying more people from green cards if they use government benefits will not apply to immigrants with coronavirus or virus symptoms who seek care.

The announcement came after lawmakers and advocacy groups urged the government to suspend the rule during the coronavirus outbreak. Advocates say they have been fielding panicked calls from immigrants who are worried about the impact on their status if they seek health care.

Angelica Salas, executive director of the Coalition for Humane Immigrant Rights in Los Angeles, said her group and others held a news conference urging immigrants to seek care if needed and reminding them that their health, and the health of their families, is most important.

Salas said she doesn’t fully trust the Trump administration but feels confident that state, county and local authorities will support immigrants who come forward to seek the health care they need, regardless of their immigration status.

“That’s where I’m coming from these days. If the federal government were to do something outrageous, which is very common these days, that they would stand with us,” she said.

Immigration authorities say they don’t conduct enforcement operations at hospitals or medical settings except in extreme circumstances. But there’s an increased level of mistrust

“There is a tremendous reluctance, even among immigrant parents raising U.S. citizen children. There is a lot of fear surrounding the public charge rule, especially because immigration courts have remained open, creating a strong impression that removal proceedings trumps public health concerns,” said Iván Espinoza-Madrigal, executive director of Lawyers for Civil Rights Boston.