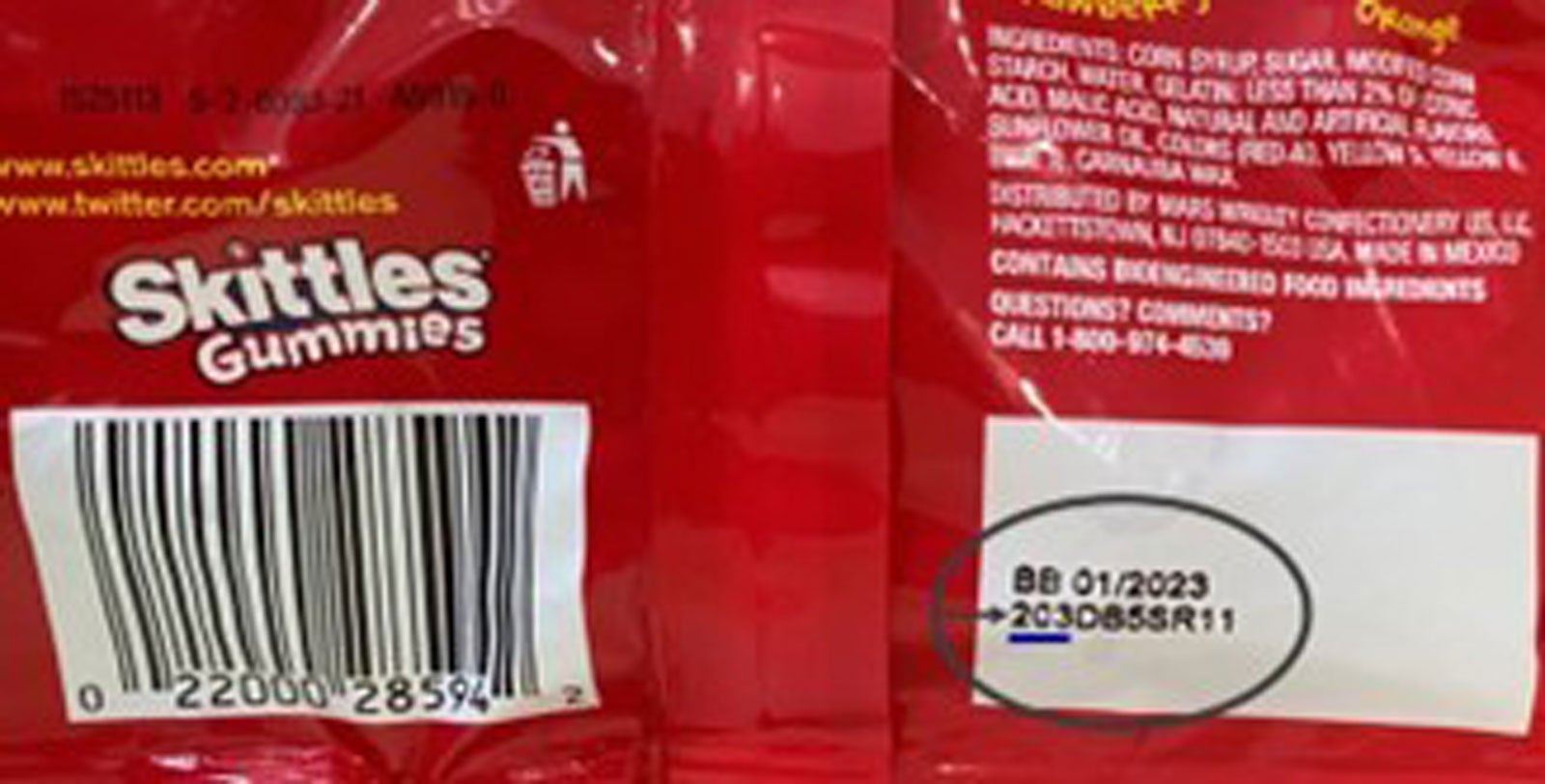 (CNN) — Mars Wrigley US and Canada issued a voluntary recall of numerous gummy candies Friday, saying there could be a thin metal strand inside the candies or loose in the bag. The gummies were distributed in Canada, the United States and Mexico.

The company is recalling certain varieties of Skittle Gummies, Starburst Gummies and Life Saver gummies after customer complaints. Mars Wrigley said in a statement it isn’t aware of any illnesses or injuries caused by the metal strands.

Customers can find out if their product is recalled by reading the first three numbers in the 10-digit manufacturing code on the back of the packet. Customers can then see if it matches the recalled items listed by Mars Wrigley.

“We are working closely with our retail partners to remove any potentially impacted products from stores,” a spokesperson from Mars Wrigley Canada said in a statement to CNN Business.

Mars Wrigley did not specify how many units of candy were affected. The company said the products were manufactured by a third party.

Mars Wrigley said those who believe they bought a recalled product should throw it away and contact the company at 1-800-651-2564 or by visiting its website if they have questions.