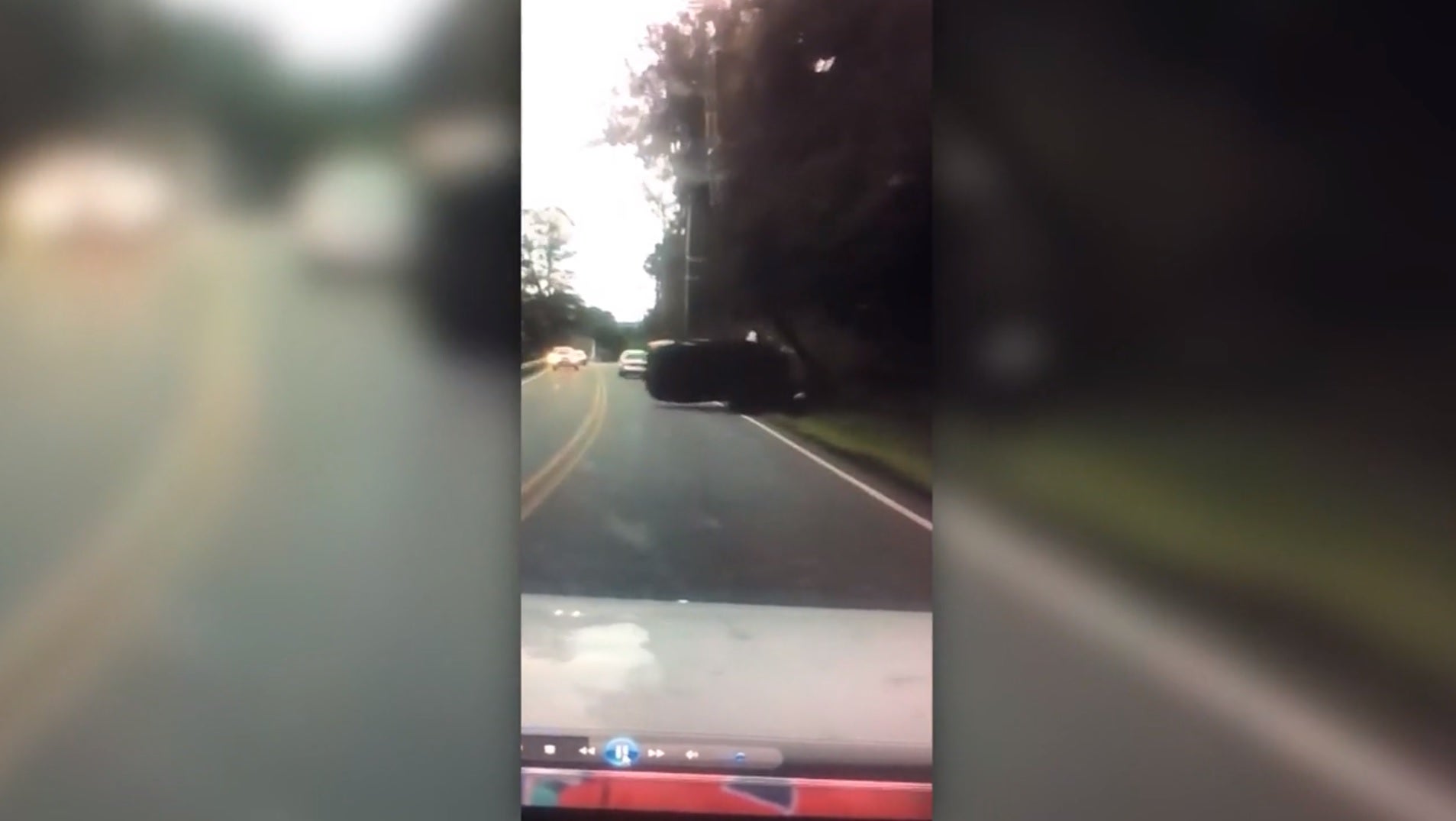 (CNN) – A video shows the moment a Massachusetts driver, who was texting, slammed into a utility pole.

Police in Berlin, about 40 miles west of Boston, released the video, hoping to stop other drivers from texting while driving.

The impact flipped the sedan over and caused the pole to fall to the ground.

The man who took the video said he slammed on his brakes to avoid the wreck but skidded off the road.

The woman who crashed into the pole was not seriously hurt.

She got a ticket though for texting and driving.

Police released the video along with a warning to drivers to stay alert saying, “It is not worth your life or the life of another person.”

Less than a 24 hours after releasing the video Monday, police said another distracted driver crashed into the same pole, at the exact same spot.