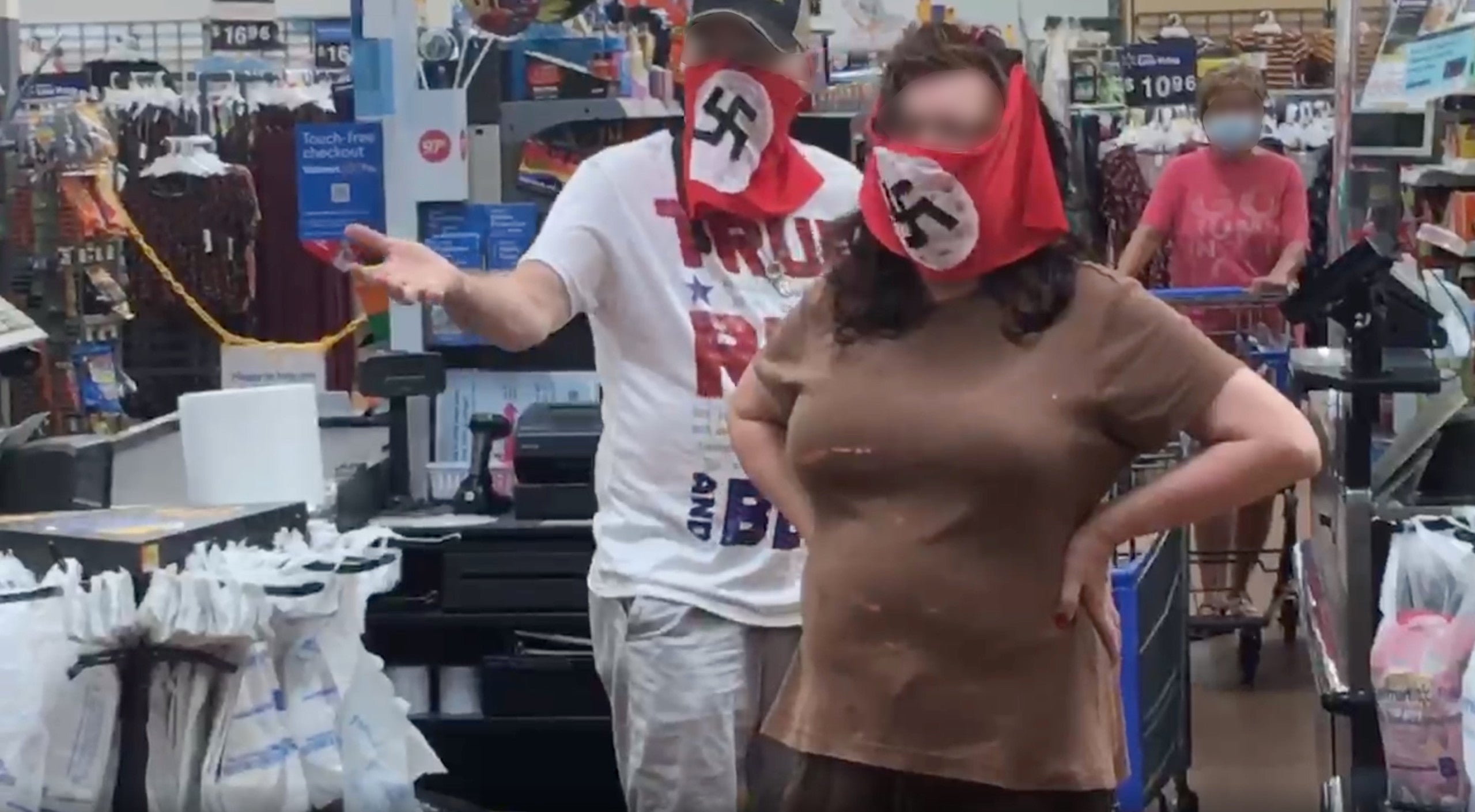 (CNN) — Walmart said it has banned a couple from its stores after they were seen on video wearing face coverings with swastikas as they shopped at one of its Minnesota locations.

Saturday, the same day Minnesota started requiring its citizens to wear masks in all indoor businesses, a Walmart customer captured video footage of a man and woman wearing face coverings emblazoned with the Nazi symbol at a store in Marshall, southwest of Minneapolis.

The nation’s largest retailer, which started requiring its customers to wear masks last Monday, confirmed the incident to CNN. Delia Garcia, a spokeswoman for Walmart, said the couple is banned for at least one year.

Neither Walmart nor authorities identified the couple.

“What happened at our store in Marshall, MN is unacceptable,” Garcia said in a statement. “We strive to provide a safe and comfortable shopping environment for all our customers and will not tolerate any form of discrimination or harassment in any aspect of our business. We are asking everyone to wear face coverings when they enter our stores for their safety and the safety of others and it’s unfortunate that some individuals have taken this pandemic as an opportunity to create a distressing situation for customers and associates in our store.”

Police served the 59-year-old man and 64-year-old woman with trespass notices, warning them they would be arrested if they returned, the Star Tribune reported. The two left without incident and charges were not pursued.

The Marshall Police Department did not respond to CNN’s request for comment.

Raphaela Mueller, 24, who filmed the video, told CNN she was “completely shocked” to see the couple brazenly wearing the Nazi swastika in public.

“It’s a sign of death, persecution, a lack of diversity,” Mueller said. “There was huge disappointment, pain, grief and anger. It was a mixture of all these emotions.”

After bringing up the issue with the store’s manager, Mueller and her partner, Benjamin Ruesch, started filming the couple as they checked out.

“You’re sick,” Ruesch can be heard saying in the video as he confronts the couple wearing the masks. “You have an illness. You can’t be American and wear that mask. We literally had a war about this.”

After posing for the camera, the unidentified woman responded, saying, “I’m not a Nazi. I’m trying to show you what’s going to happen in America. If you vote for (Joe) Biden you’re gonna be in Nazi Germany. That’s what it’s going to be like.”

The unidentified man wearing the swastika face covering can be heard saying, “We’re living under a socialist state.”

Mueller, who was born in Germany, said seeing the symbol was painful, especially when she remembered how her great-grandmother fought in the underground resistance against the Nazis in the 1930s and ’40s.

“The swastika is a trigger of trauma for so many people,” she said. “It’s been shown that trauma gets passed down in the DNA so I know I’m carrying what my great-grandmother went through. I didn’t lose anybody in the Holocaust but I know that so many other people did. So just the thought of them having to see this, it’s heartbreaking.”

The incident comes at a time when anti-Semitic activity is on an upward trend. Last year, anti-Semitic incidents reached an all-time high with more than 2,100 acts of assault, vandalism and harassment being reported, according to the Anti-Defamation League, which has been tracking such incidents since 1979.

Mueller said when she heard about displays of Nazi symbols in the news, she thought they were isolated incidents, but now says she’s not sure.

“I never knew that I’d see this with my own eyes,” Mueller said. “But we have to be aware and be prepared to step in.” 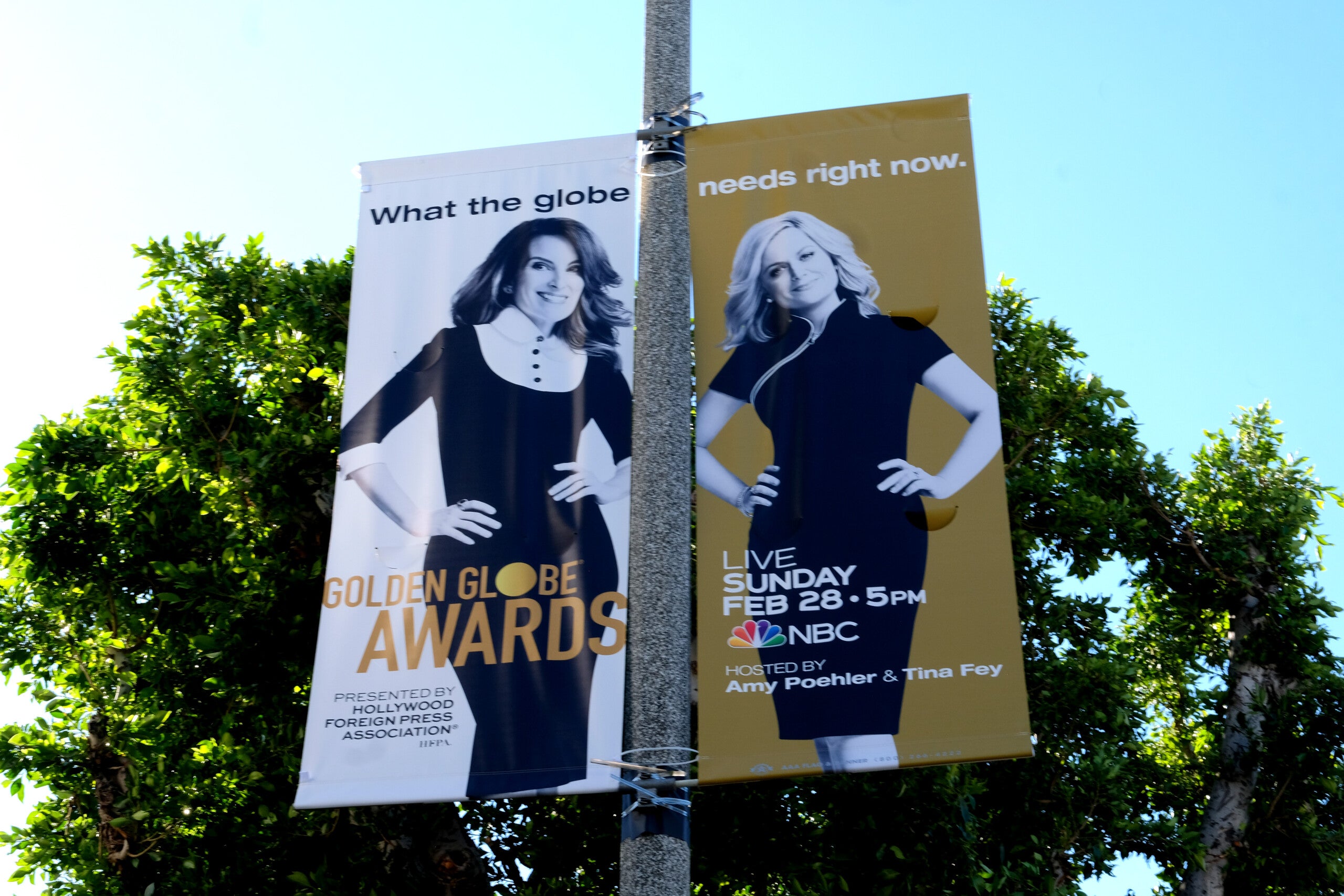