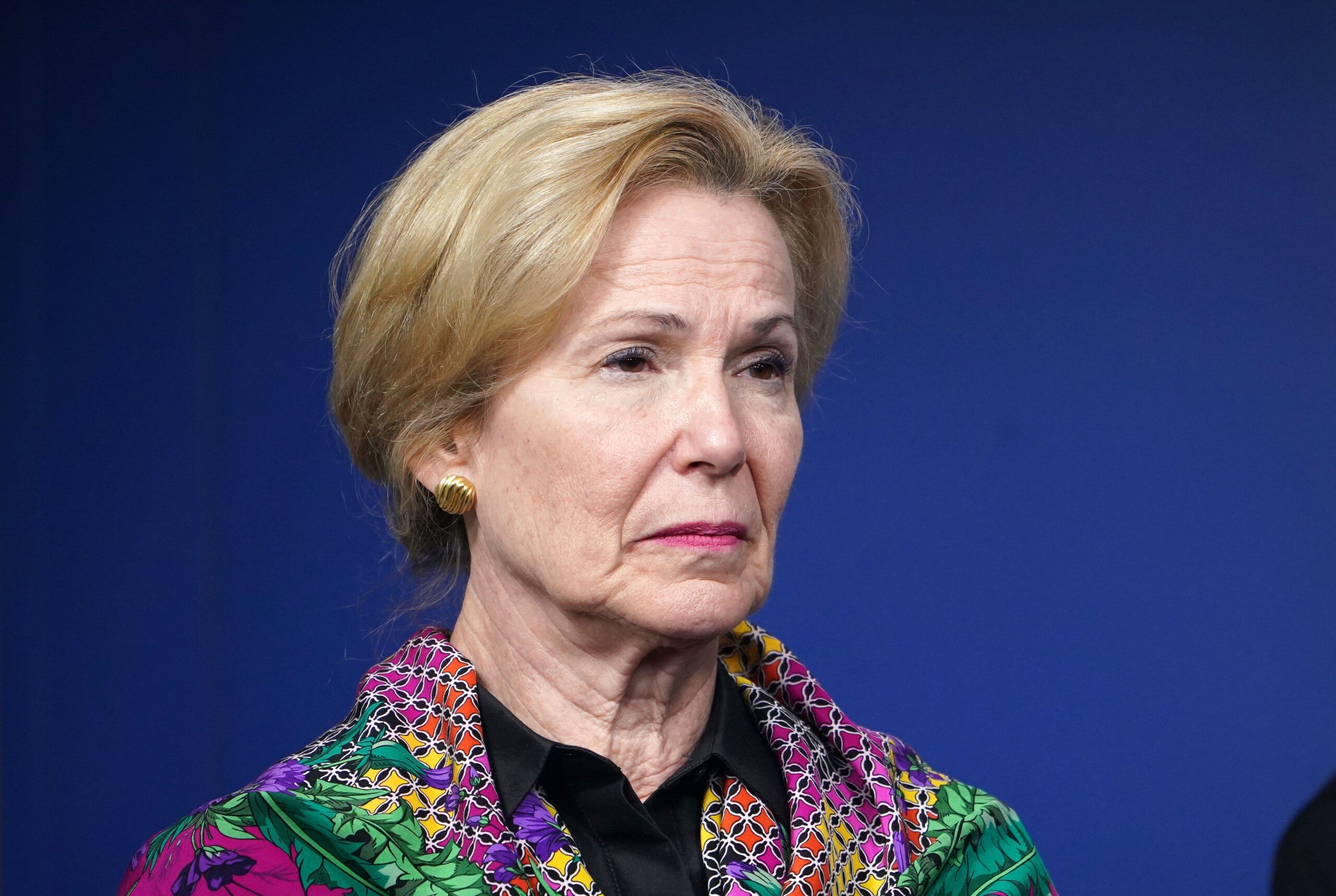 Coronavirus Response Coordinator Dr. Deborah Birx listens as US President Donald Trump speaks during the daily briefing on the novel coronavirus, COVID-19, in the Brady Briefing Room of the White House in Washington, DC on April 20, 2020. (Photo by MANDEL NGAN / AFP) (Photo by MANDEL NGAN/AFP via Getty Images)
by: Veronica Stracqualursi, CNN
Posted: Nov 3, 2020 / 10:07 AM EST / Updated: Nov 3, 2020 / 10:07 AM EST

(CNN) — Dr. Deborah Birx sounded an alarming note about the state of the coronavirus in an internal White House report, saying the US is entering its “most deadly phase” yet, one that requires “much more aggressive action,” according to The Washington Post.

The dire warning from Birx, a member of the White House coronavirus task force, is at odds with public comments made by President Donald Trump in the closing days of the presidential election, who is falsely claiming the US is “turning the corner” on the pandemic while pressuring Democratic governors to “open” their states despite surging cases nationwide.

“We are entering the most concerning and most deadly phase of this pandemic … leading to increasing mortality,” Birx wrote in an internal report Monday, obtained by the Post. “This is not about lockdowns — It hasn’t been about lockdowns since March or April. It’s about an aggressive balanced approach that is not being implemented.”

In her report, Birx calls for “much more aggressive action from messaging, to testing, to surging personnel around the country before the crisis point,” the Post reported. She notes that the country will see more than 100,000 new cases a day this week, according to the Post.

Trump has continued to hold large outdoor rallies with limited social distancing. During these rallies, he’s promoted baseless claims about Covid-19, trying to convince voters that the US is past the worst of it, while cases and hospitalizations have surged. Trump also plans to host an election night party indoors in the East Room of the White House, a person familiar with the plans has told CNN.

That’s in contrast to recommendations in Birx’s report, in which she calls for a “profound limitation on indoor gatherings especially with family and friends” and says it’s “essential” to have “consistent messaging about uniform use of masks, physical distancing and hand washing.”

Her Monday report also says that testing is “flat or declining” in many areas where Covid-19 cases are rising, a dispute of Trump’s claims that the spike in cases is the result of an increase in testing, the newspaper reported. Her report says the rising number of positive Covid-19 tests, along with testing remaining flat, suggests “community spread is much worse than is evident by current [measurements],” the Post notes.

In comments to the newspaper, White House communications director Alyssa Farah rejected the report’s suggestion that the Trump administration’s response has been inadequate to the pandemic.

“We are working around-the-clock to safely treat the virus and ultimately defeat it,” Farah told the Post.

She told the Post that the White House has increased the US stockpile of personal protective equipment, bought and distributed 150 million tests, dispatched special teams to states and nursing homes with the most Covid-19 cases, and the administration is working to “safely rush therapeutics” and develop vaccines.

Birx did not respond to the Post’s request for comment.

In recent months, Trump has turned to Dr. Scott Atlas, a neuroradiologist with no training in the field of infectious disease, to advise him on the public health crisis.

Birx has stepped back from the public view at the White House, instead embarking on a multi-state swing through the country in recent weeks, advising state and local officials on combating Covid-19.

On Friday, the US reported 99,321 new cases — the highest single day number of infections recorded for any country. In just one month, the country’s seven-day case average jumped by more than 97%.

More than 231,000 people have died in the US and researchers from the University of Washington’s Institute for Health Metrics and Evaluation project a total of nearly 400,000 American lives lost by February 1.