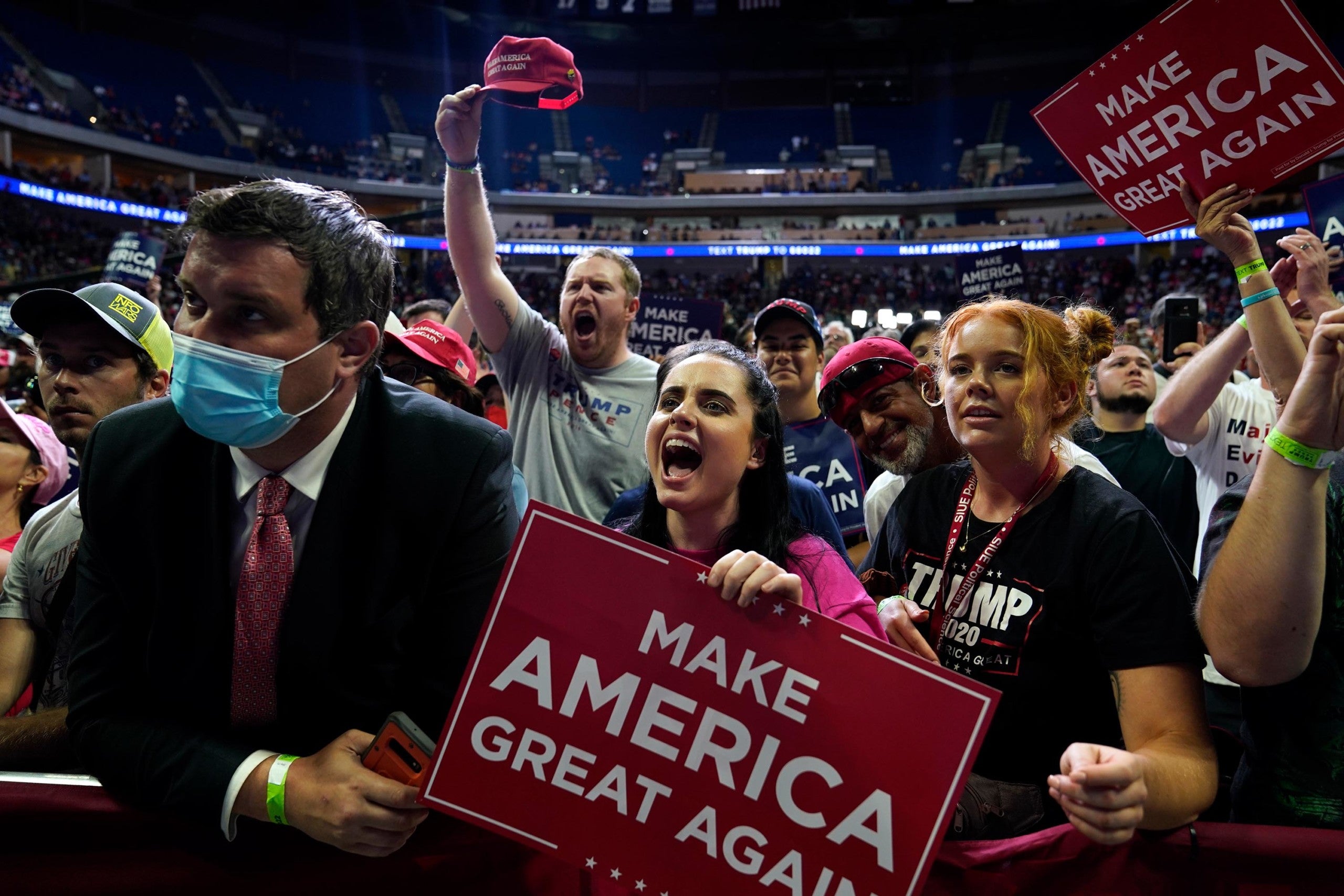 (CNN) — President Donald Trump’s campaign directed the removal of thousands of “Do Not Sit Here, Please!” stickers from seats in the Bank of Oklahoma Center in the hours before the President’s much anticipated Tulsa rally, the Washington Post reported on Saturday.

As part of the BOK Center’s safety plan for the June 20 rally, arena management had purchased 12,000 do-not-sit stickers with the intention of keeping people apart by leaving open seats between attendees, according to the Post.

Then on the day of the rally, when event staff had already placed the stickers on nearly every other seat in the 19,000-seat arena, the Trump campaign told event management to stop and then began removing the stickers, according to a person familiar with the event who spoke to the Washington Post on the condition of anonymity to discuss internal matters.

Tim Murtaugh, the Trump campaign’s communications director, didn’t address the sticker removal incident but instead touted the health precautions that were taken for the event in a statement to CNN.

“The rally was in full compliance with local requirements. In addition, every rally attendee received a temperature check prior to admission, was given a face mask, and provided ample access to hand sanitizer,” Murtaugh said Saturday.

Meanwhile, in one video clip obtained by the Post, two men, one in a suit and one wearing a badge and a face mask, can be seen pulling stickers off seats in a section of the arena. The identities of the men are unclear.

After the majority of the stickers were in place, a member of Trump’s campaign radioed staff in the event war room where arena management was monitoring preparations and told them to stop, according to the person familiar with the event who spoke to the Post. Event staff was told to continue applying the stickers. Later, the campaign began pulling them off, the person said.

By the time Trump took the stage in the arena, attendees were seen not adhering to social distancing guidelines, instead being clustered together with no empty seats between one another. No stickers can be seen on the seats either.

In the end, fewer than 6,200 people attended the rally that was meant to signal Trump’s return to the campaign trail. The low attendance was blamed on the intense backlash from the media and “radical protestors” about convening such a large crowd amid the pandemic.

A group of local lawyers, in the days leading up to the rally, sued to stop the event from happening unless organizers agreed to take steps to adhere to the administration’s own social distancing recommendations to limit the spread of coronavirus.

Neither Trump nor the White House asked that the stickers be removed, said a senior White House official to the Washington Post.

Since the June 20 rally, at least eight staffers have tested positive and several of the campaign’s top officials decided to quarantine the week after instead of going into the office, two sources familiar with the situation told CNN.