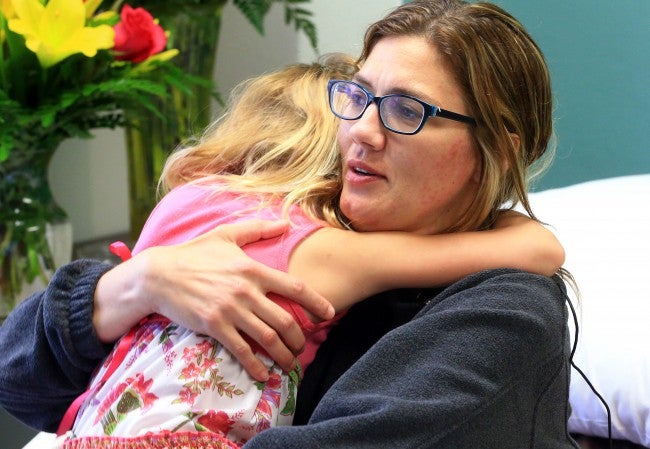 PORTLAND, Texas (AP) – A 5-year-old girl has been credited with saving her mother’s life after the woman fell unconscious in their swimming pool in South Texas.

The rescue was captured on home surveillance video. It shows Tracy Anderwald face down in the pool at their home near Portland on Friday.

The video shows Allison Anderwald wading in, dragging her mother to the shallow end and turning her over so she is able to breathe.

Allison then runs for help.

Tracy Anderwald says she doesn’t know why she had a seizure and lost consciousness. She was discharged Tuesday from a hospital in Corpus Christi, 10 miles southwest of Portland.

Anderwald says Allison learned to swim at 2 years old and that she’s amazed the child knew what to do.