When a nearly 12-foot alligator came toward his 4-year-old, this dad sprung into action 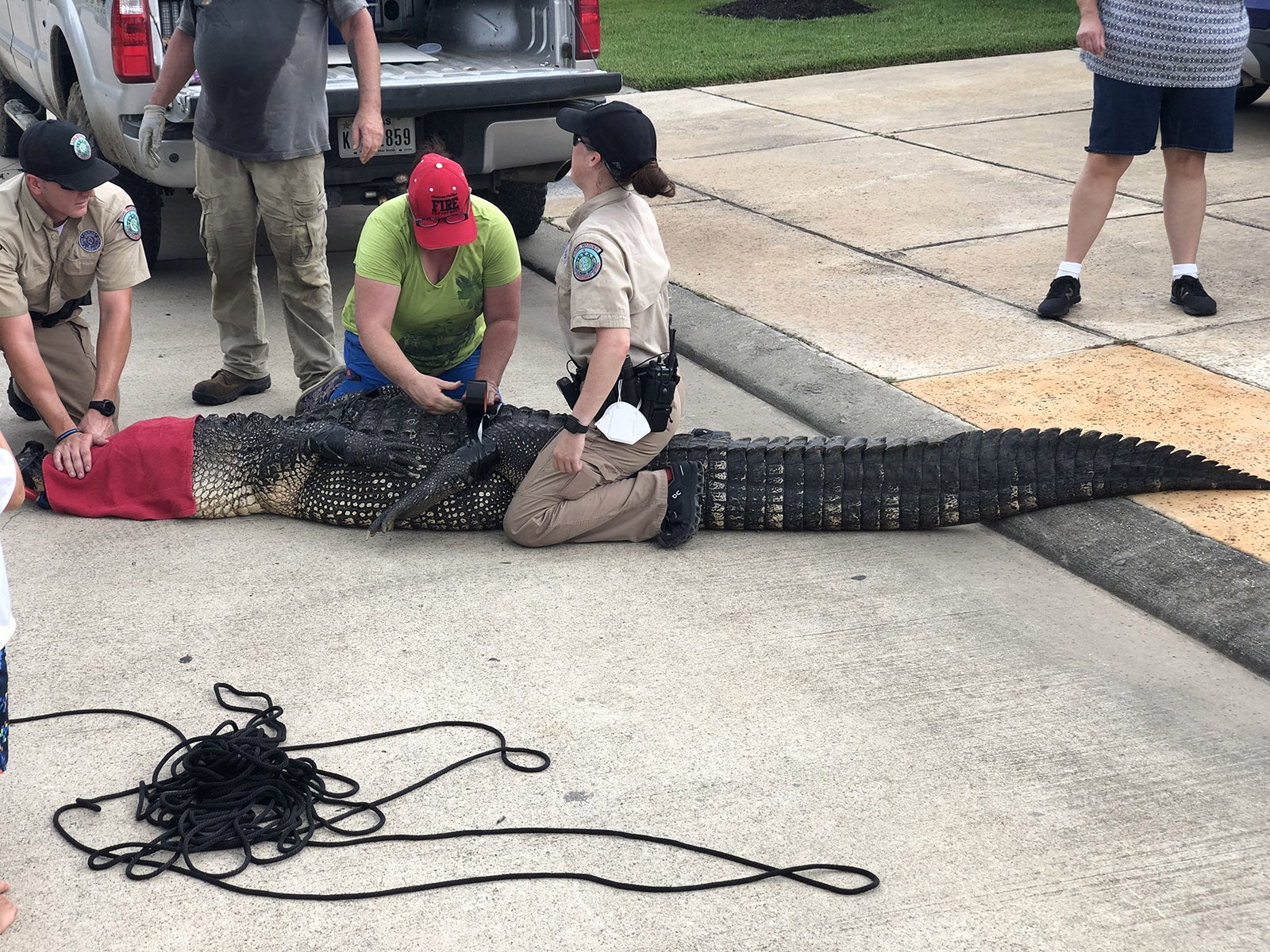 (CNN) — Andrew Grande didn’t hesitate before jumping into action when he saw a massive alligator making its way to his 4-year-old daughter.

“When I first saw him, the only thing I was thinking of was just getting my daughter, just getting her out of the way, ” he said. “What his intentions were, I’m not 100% sure, but I wasn’t going to find out.”

The child was with her brother and a babysitter by a canal behind their home in late July, Grande told CNN, fishing and catching crabs. When their father spotted the nearly 12-foot alligator heading toward them, he said he ran out, picked his daughter up, and got the babysitter and his son within their home’s fence.

He says he then threw his daughter over the fence to safety as the alligator neared his feet.

“He was by far the biggest one we’ve ever seen, and in fact, they have never done that before. Usually they keep their distance, just pass by,” the League City, Texas, resident said. “You don’t even know they’re there, but this guy’s intentions were definitely a little different.”

The alligator was 11 feet and seven inches long and weighed close to 600 pounds, Grande said.

“He was just so big that if he had jumped out he would have just broken the fence, he was just that heavy,” Grande said.

But as the father quickly entered into his home’s fence, the alligator retreated and came back several times, he recalled.

He called a game warden, who said the scenario was unusual, as alligators usually like to stay away from people. The alligator eventually disappeared and didn’t make another entrance until Grande’s daughter came out to the fence with her father.

Soon, the alligator hunter that the family had called made their way to the home, where eventually the alligator was captured with the help of several people.

Five hours after Grande first saw the alligator, he was taken alive and relocated to Gator Country, who told the brave father they were excited to receive the animal because they had lost most of their alligators when Hurricane Harvey hit.

At some point, Grande says he plans to take his children to Gator Country to see the alligator.