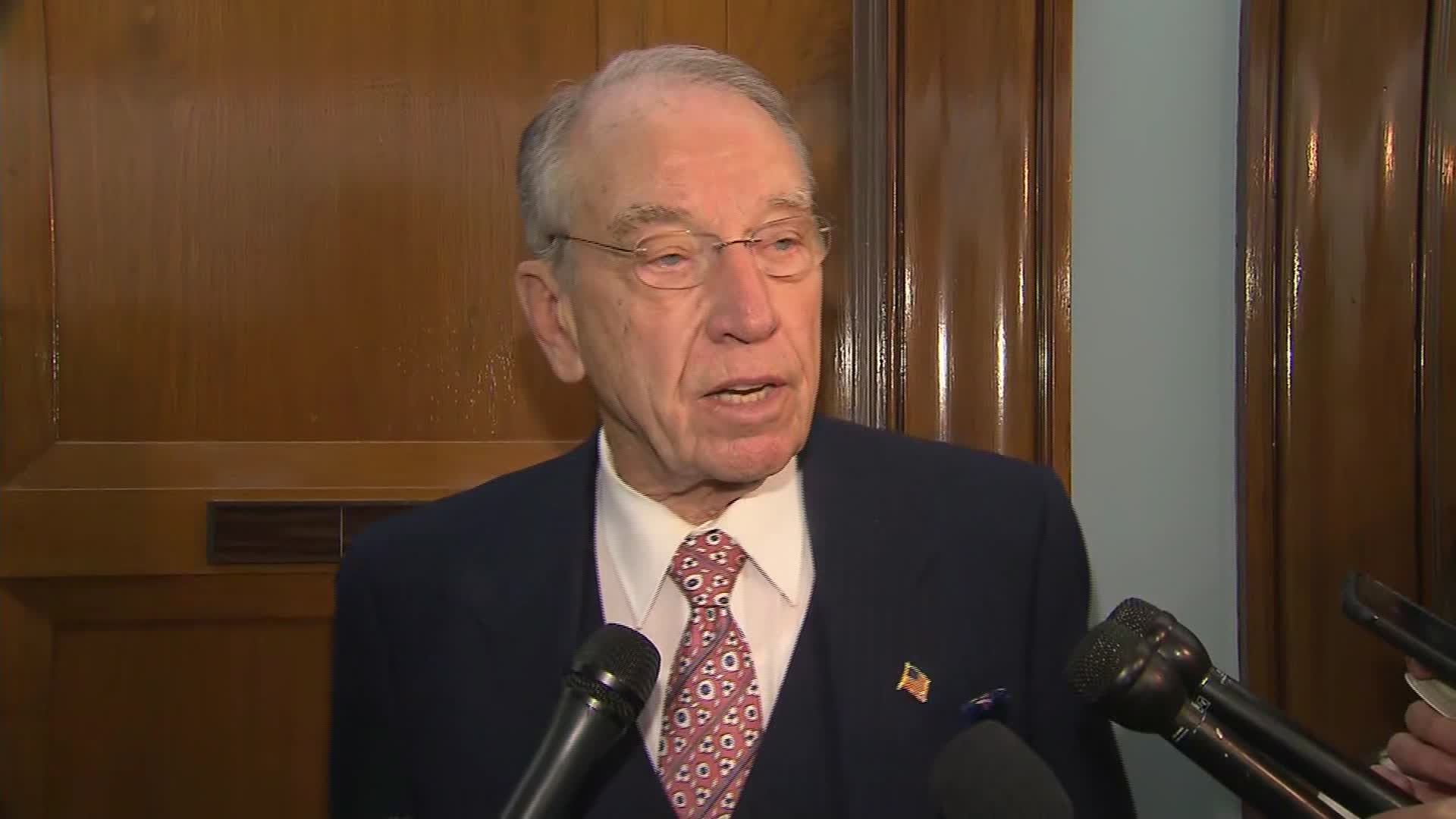 White House counsel Pat Cipollone did not explain in a letter to GOP Sen. Chuck Grassley on Tuesday evening why President Donald Trump had removed the inspectors general for the intelligence community and State Department, instead emphasizing the President's legal authority to do so. (Provided Photo/CNN)
by: Paul LeBlanc, CNN
Posted: May 27, 2020 / 05:20 AM EST / Updated: May 27, 2020 / 05:20 AM EST

(CNN) — White House counsel Pat Cipollone did not explain in a letter to GOP Sen. Chuck Grassley on Tuesday evening why President Donald Trump had removed the inspectors general for the intelligence community and State Department, instead emphasizing the President’s legal authority to do so.

The letter, which Grassley swiftly blasted as having “failed to address” the congressional requirement that there “ought to be a good reason” for such dismissals, comes in response to the Iowa senator’s request that Trump explain why he had ousted State Department Inspector General Steve Linick and Intelligence Community Inspector General Michael Atkinson.

“President Trump expects that inspectors general, like all other executive officers, will fulfill their proper role as defined by Congress and ultimately as constrained by the Constitution,” the White House letter said. “When the President loses confidence in an inspector general, he will exercise his constitutional right and duty to remove that officer.”

“Otherwise, the American people will be left speculating whether political or self-interests are to blame. That’s not good for the presidency or government accountability.”

Grassley, the chamber’s most senior Republican, has been a longtime defender of whistleblowers and government oversight and has broken with Trump on the topic several times during his presidency.

The President had announced his intent to remove Linick earlier this month — a move that drew immediate condemnation from top Democrats, who accused Trump of engaging in a pattern of retaliation against public servants charged with oversight of his administration.

And Linick’s removal came after Trump’s April ouster of Atkinson, who had told Congress about the whistleblower complaint that led to Trump’s impeachment.

“Government Accountability isn’t only a Republican issue or a Democrat issue,” Grassley said Tuesday. “Inspectors general shouldn’t be politically motivated or politically targeted. And those of us in Congress have a duty to promote accountability, regardless of who is in office.”

“Oversight’s been important in past administrations and it will continue to be in the future. I hope the new-found appreciation for inspectors general by some of my colleagues and those in the media doesn’t sunset at the end of this administration,” he continued.