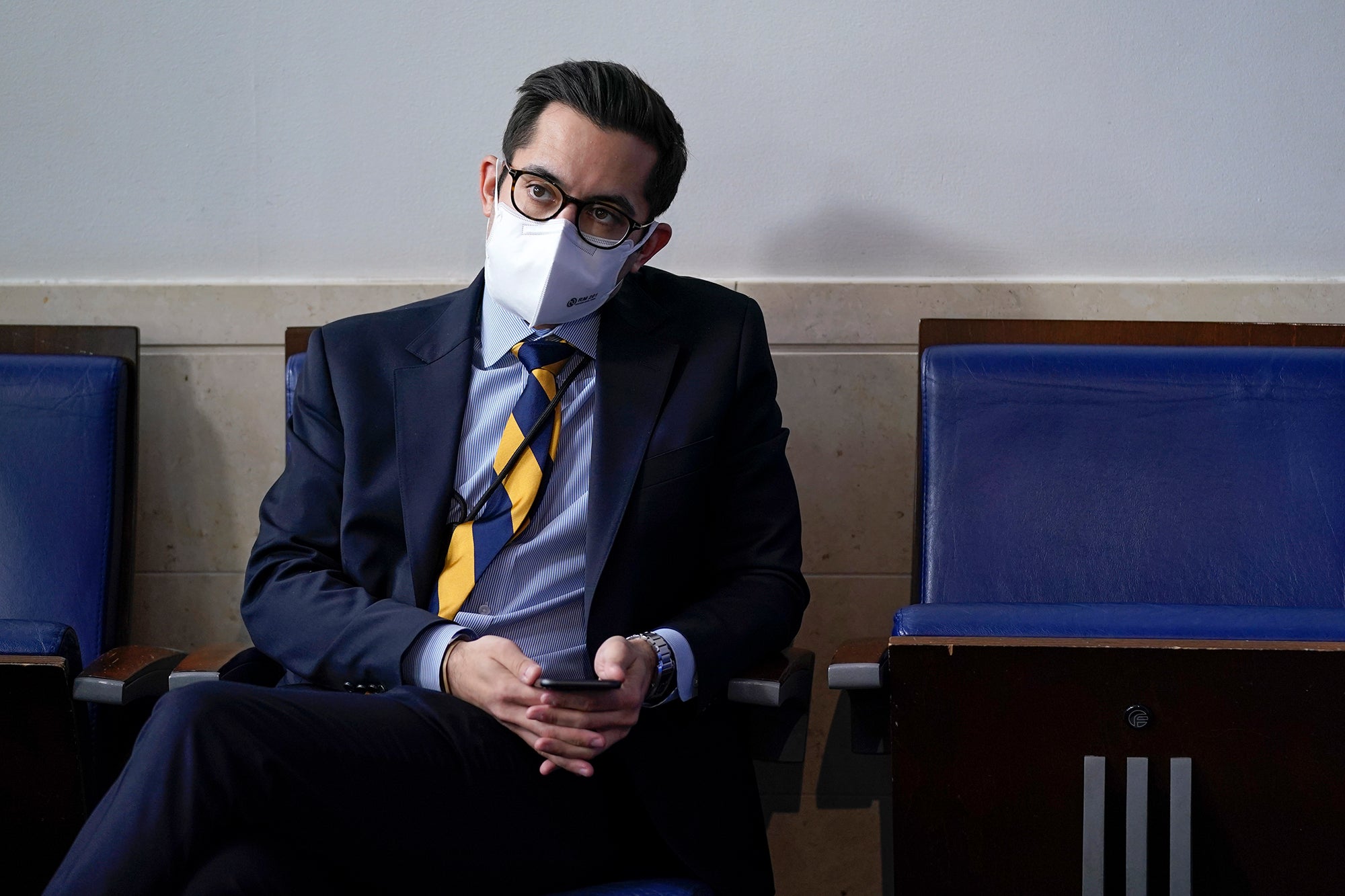 (CNN) — White House press secretary Jen Psaki said Friday that one of her deputies, TJ Ducklo, had been suspended for one week without pay after a Vanity Fair story revealed Ducklo had threatened a reporter who was working on a story about his romantic relationship with another reporter.

Ducklo had threatened Politico’s Tara Palmeri over the story, vowing he would “destroy her” if she published it, according to Vanity Fair. Ducklo also made misogynistic comments to Palmeri, Vanity Fair said. The magazine reported Ducklo referenced Palmeri’s own personal life, accusing her at one point of being “jealous” about his relationship with McCammond. A person familiar with the matter confirmed to CNN the details of the conversation Ducklo had with Palmeri.

Psaki said in a statement that Ducklo had apologized to Palmeri over what Psaki described as a “heated conversation about his personal life.”

“He is the first to acknowledge this is not the standard of behavior set out by the President,” Psaki said.

Psaki added that when Ducklo returns from suspension, “He will no longer be assigned to work with any reporters at Politico.”

Palmeri reported on Tuesday that Ducklo had been in a romantic relationship with Axios reporter Alexi McCammond. Axios told Politico that McCammond “disclosed her relationship” with Ducklo in November and was “taken off the Biden beat.” But Palmeri pointed out that McCammond’s beat includes covering Vice President Kamala Harris and that she had commented glowingly of Biden after he was inaugurated.

Ducklo did not respond to a request for comment Friday.

A spokesperson for Politico did not immediately respond to a request for comment on Psaki’s statement. Palmeri declined comment.

Two Politico staffers told CNN that reporters inside the outlet were outraged at Psaki’s response to the situation.

“It feels like she is punishing us more than him,” one of the staffers said, noting that her solution is for Politico reporters to lose access to one of the highest ranking officials in the White House communications department.