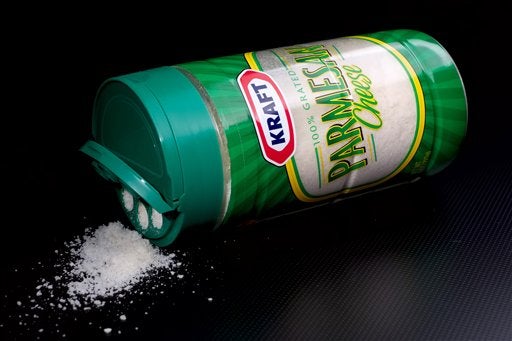 (WBAY) – Grand Chute, Wisconsin police recovered some of the $160,000 worth of cheese stolen in Wisconsin in two heists earlier this month.

Marshfield Police say they received a tip Thursday morning that the stolen Le Sueur Parmesan cheese was being stored at a facility in Grand Chute.

The Grand Chute Police Department recovered the entire shipment of 41,000 pounds of Parmesan cheese, worth $90,000.

The cheese was stolen from WOW Logistics in Marshfield on January 15. The company learned of the theft when the shipment didn’t arrive at its destination in Illinois.

In another theft, a trailer containing $70,000 worth of cheddar and other cheese produced in Germantown was stolen from D&G Transportation on January 22. Germantown police announced earlier this week the cheese was recovered in Milwaukee at two separate locations.

Police haven’t said if they think the cheese heists are connected.Editor’s note: The stolen cheese was not connected to Kraft. The photo attached to this story is a file photo.