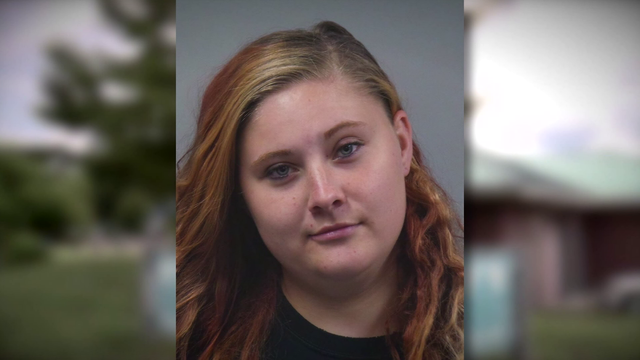 MAPLEWOOD, Missouri (KRON/CNN) — This first date was anything but romantic; it quickly turned into an armed robbery in a suburb of St. Louis.

A woman allegedly planned the crime against a man she met online. On May 25, the victim arranged to meet Chloe Garner, a woman he had met online.

Detective Dave Brown says the couple talked by the playground and then Chloe suggested they head over to the bleachers.

“While they were there, they were approached by another black male that came up,” Brown said. “He asked if they had any change to spare. He told them no. That guy walked away.”

He came back and asked again if they had spare change and pulled out a gun.

“The suspect demanded that the victim take off parts of his clothing,” Brown said. “So, he took his pants off and his shoes off. The female removed her cell phone and a little change and put it on the bleachers stand.”

While the suspect was going through the victim’s clothes, Chloe grabbed her cell phone and ran towards the woods.

The suspect fired a round in her direction.

While talking to Chloe about what happened, detectives realized her story was changing.

She admitted that she knew the male suspect, Keyon Owens.

Chloe and Keyon came to the park together. Chloe dropped him off at an area a little away from the park.

Keyon made his way to the park.

He watched the couple as they made their way to the bleachers. That`s when he approached and the robbery began.

Keyon said the whole thing had been Chloe’s idea. The shooting was part of the plan too.

“According to Chloe, it was part of their plan. It would eliminate her as being part of it,” Brown said. “This guy would fire a round in her direction.”