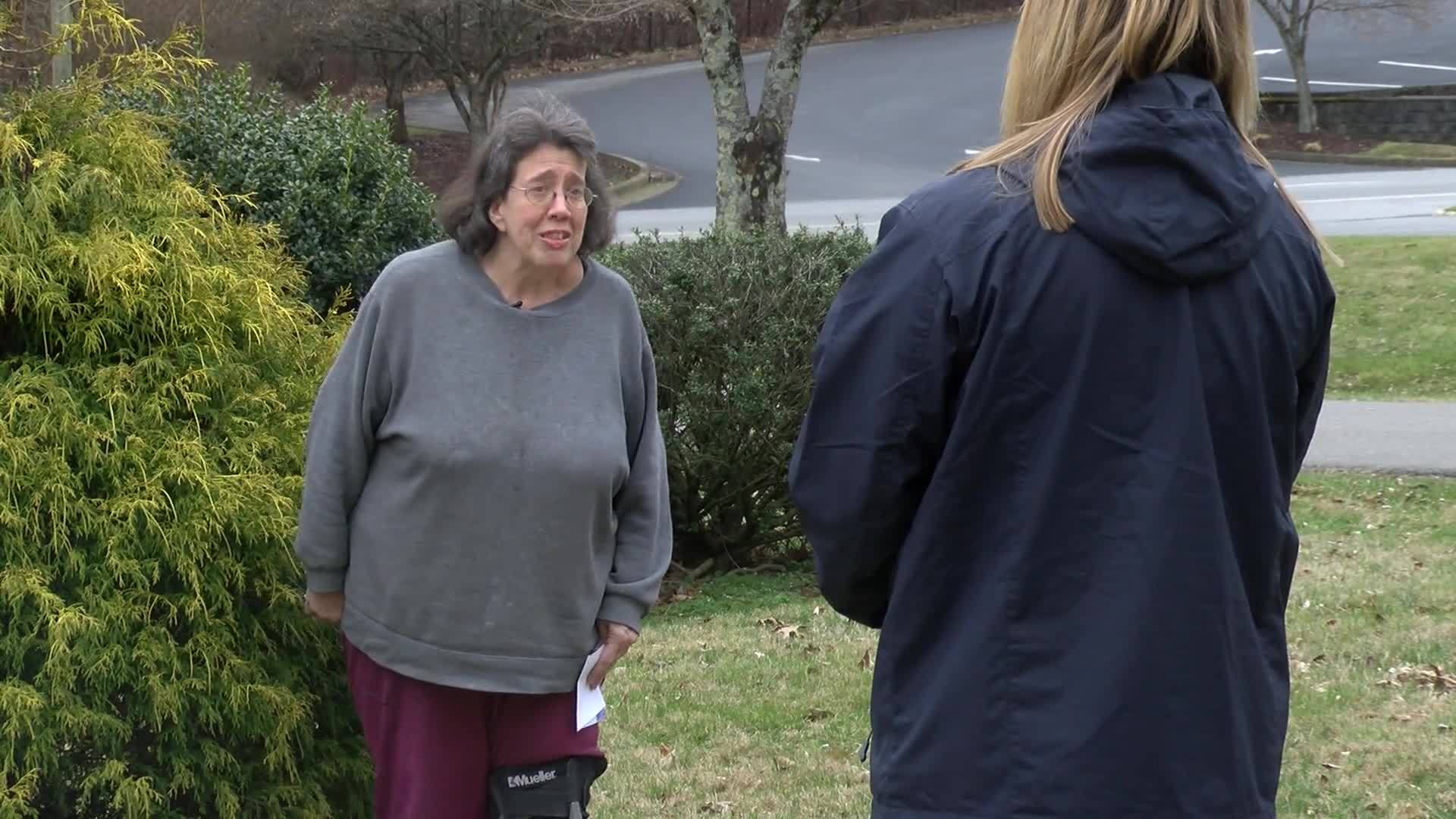 BRISTOL, Va. (WJHL) — A woman in Bristol, Virginia, has been charged with concealing the body of her mother using dozens of blankets and air fresheners.

Crawford told us this investigation began Monday when a relative of 78-year-old Rosemary Outland hadn’t been able to reach her at her home.

That relative jumped through the window of the home where they saw what they thought was a decomposing body, police said.

“We believe it’s Rosemary Outland, the resident of the home. We are going to get positive identification before the end of the week,” Crawford said.

Rosemary Outland lived at the home with her primary caregiver, and daughter, Jo-Whitney Outland.

Authorities said not only did they find the body of a decomposing woman inside that home on Pine Street this week — they also found the body sitting in a chair, covered in blankets and surrounded by air fresheners.

According to police, that body had been sitting in that home on Pine Street since late December.

“The body was in a chair; her legs were propped up and the whole thing was covered in blankets, and there were air fresheners on top of the blankets, around the chair and in between the layers of the blankets,” said Crawford. “That’s how we found her,  just anyway to try to mask the odor.”

Crawford said they counted 54 blankets, and items of clothing covering the body, and 66 air fresheners.

“The body, the blankets, the chair, everything was surrounded by various types of air fresheners, and it was to mask the smell of course, and it got to the point where it didn’t help. I looked at it and I didn’t believe that anybody had done, intentionally done anything to her, but that’s what I was able to do at the scene,” Crawford said.

He added that the body was sent to Roanoke for an official autopsy to determine a cause of death.

Thursday afternoon as reporters were standing across the street from that very home on Pine Street, Jo-Whitney Outland was seen at a nearby home.

Outland spoke to News 8’s sister station WJHL on camera, as she began to describe in her own words how her mother died back in December.

“She woke up and said, ‘I can’t breathe, I can’t breathe,’ and I went over to her and I said, ‘Mom, what’s wrong? You can’t breathe?’ and then she died. I tried to give her CPR, and it didn’t work. …And I miss her so much…I loved my mother more than anybody in this world and we were the closest you could possibly imagine,” Outland said.

As the conversation continued, Outland said she covered her mother in blankets and used air fresheners as she continued to live in the home with her mother’s decomposing body.

“Yes, I put air fresheners around her body because I was in the room with her every night after she died, except for this past Monday. …I covered her up out of respect for my mother, and I covered her up with blankets, yes I did,” Outland said.

Toward the end of that conversation, WJHL asked Outland why she didn’t call police when she thought her mother had passed away.

“I can’t explain to you how come, I couldn’t, except to tell you that I was in a situation where I couldn’t react OK, I don’t know how to explain it, I don’t know what it’s called, but I went into a mode of,  just do all the things you do, and come back and stay by your mother,” Outland said.

Crawford said there were also dogs and cats living inside the home that were in good shape when authorities found them and have since been taken out of the home by animal control.

Outland is due in court for an arraignment hearing in the coming weeks.