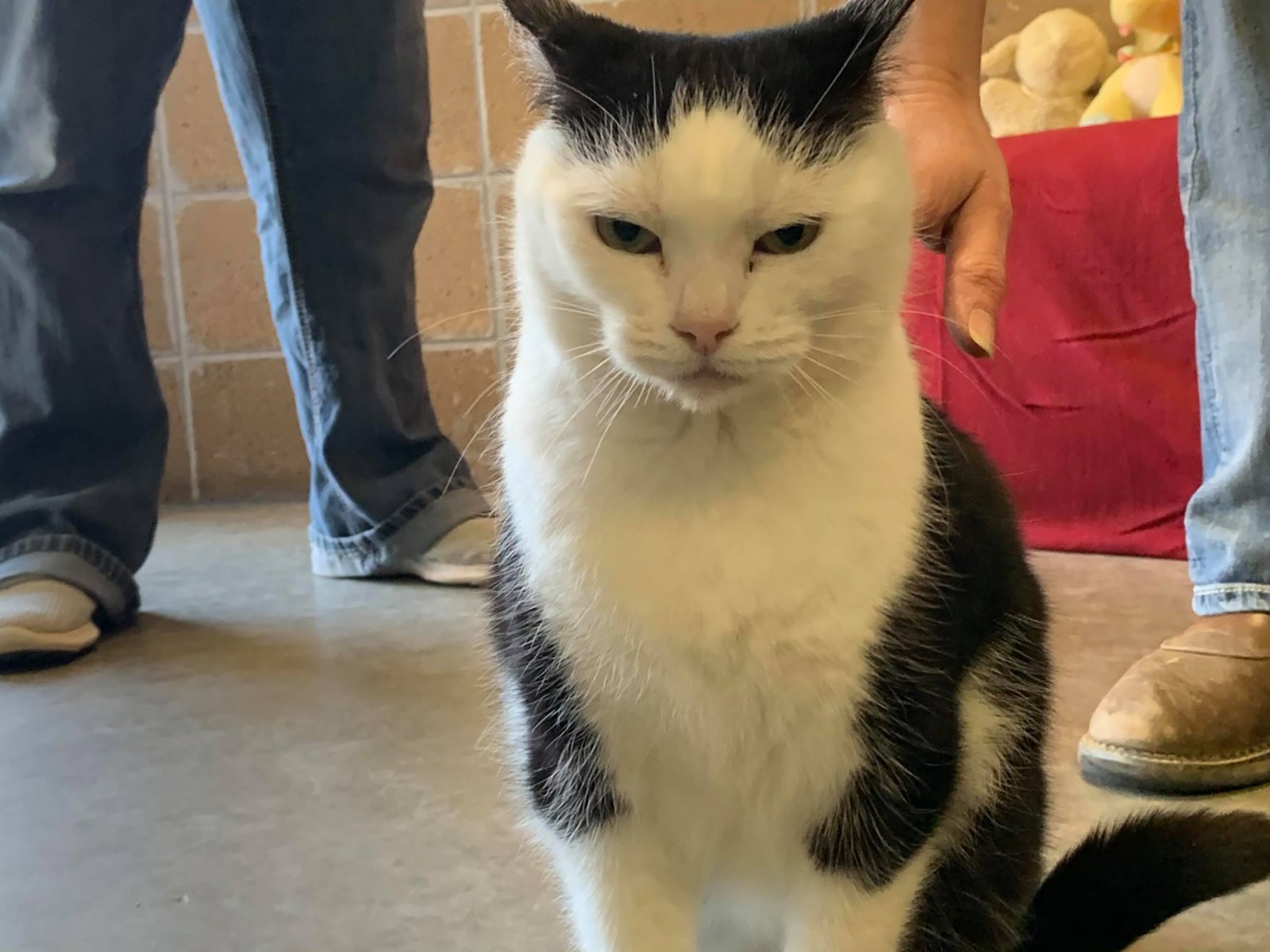 (CNN) — Despite the odds, the “World’s Worst Cat” has just been adopted into a loving family.

The Mitchell County Animal Rescue in North Carolina posted an adoption ad on Facebook last month that introduced the world to Perdita, the ‘”World’s Worst Cat.”

“We thought she was sick,” the ad said. “Turns out she’s just a jerk.”

The transparent tactic has helped get stubborn pets adopted in the past, Mitchell County Animal Rescue Executive Director Amber Lowery told CNN. They hoped it would work for Perdita, too.

“We thought if we highlighted [her personality] in a humorous way, the person with a personality to match hers can adopt,” Lowery said.

The approach was successful. The shelter said in a Facebook update last week that they received over 175 applications and chose an adoptive couple from Tennessee.

The couple is renaming the cat Noel, “just in case the name Perdita is the cause of her anger. (We can’t blame them for that!)” the shelter wrote in another Facebook post.

According to the original ad, the feisty feline likes “staring into your soul until you feel as if you may never be cheerful again.”

Perdita dislikes “the color pink, kittens (yuk they are so chipper), dogs, children, the Dixie Chicks, Disney movies, Christmas and last but NOT least… HUGS.”

Let’s hope her new home is free of those horrors.