WWII veteran walking across America from Georgia to California 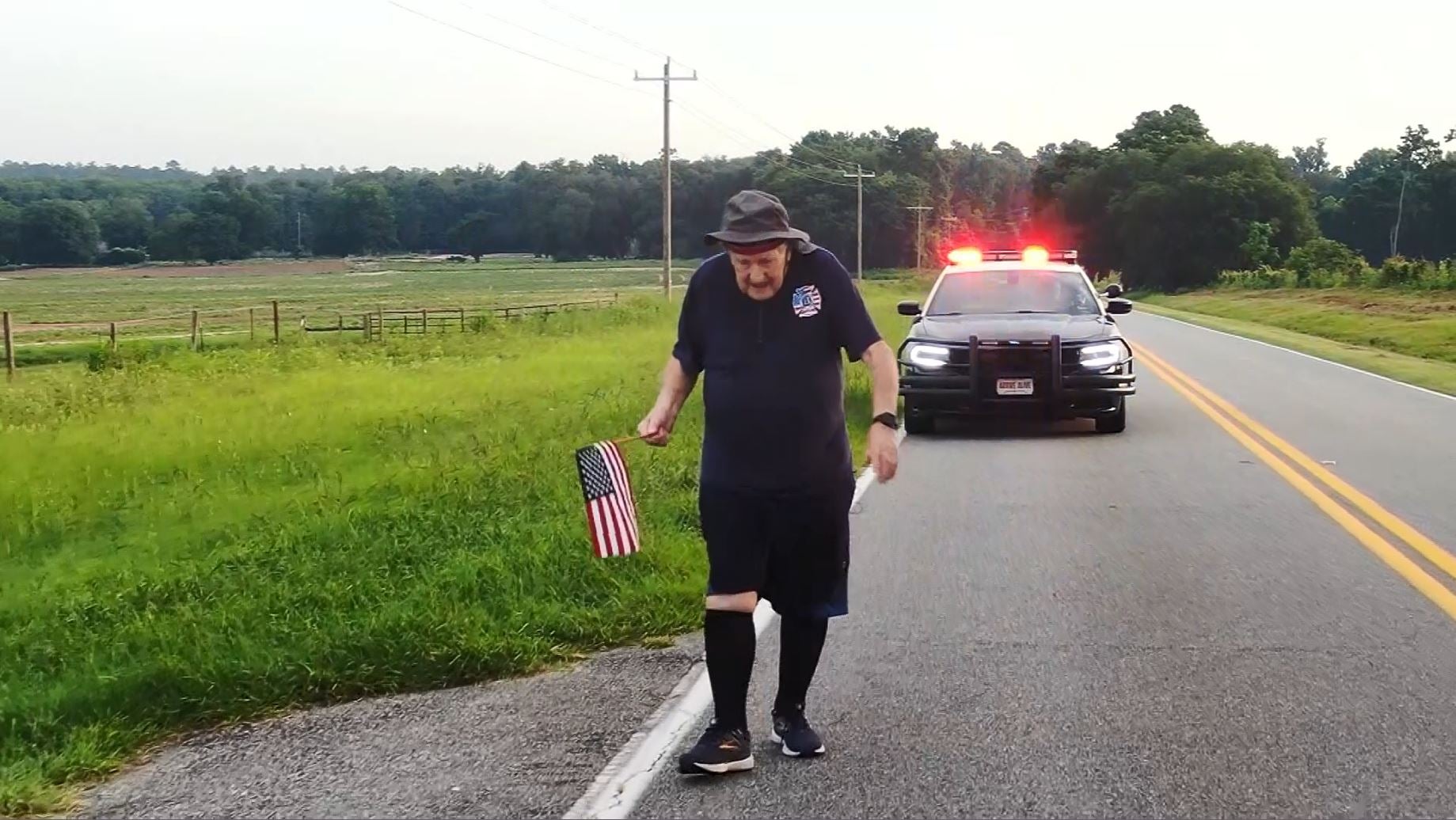 (CNN) — A 95-year-old American hero is walking across the country for the second time.

He says he plans to make it through every state in the country.

The last time he did this, it took him two years.

But Andrus said he’ll keep going for as long as he has to, and he’s doing so with a clear purpose in mind.

You can learn more about ernie’s run at coast2coastruns.com.