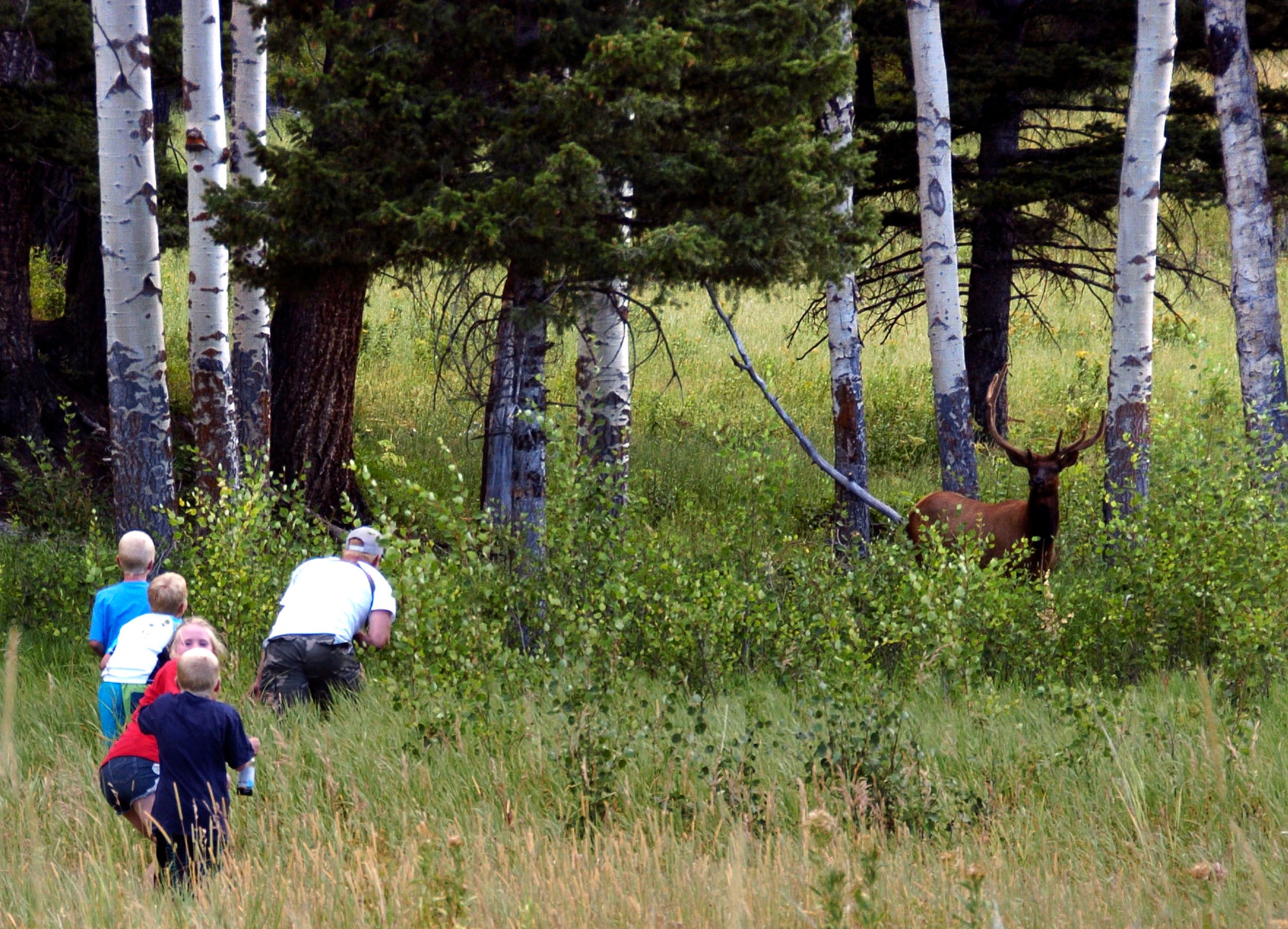 In this Aug. 3, 2016 photo, Yellowstone National Park tourist John Gleason moves in on a large bull elk as two of his children and two children of friends follow the Walla Walla, Washington man. The animal ran away as the group got closer. Park officials say visitors getting too close to wildlife can create dangerous situations and has been on the rise as visitor numbers hit record levels. (AP Photo/Matthew Brown)
by: Madeline Holcombe, CNN
Posted: Aug 30, 2020 / 05:15 PM EST / Updated: Aug 30, 2020 / 05:15 PM EST

(CNN) — It is elk mating season and finding a partner could get dangerous.

Yellowstone National Park warned visitors Friday that the season, called the elk rut, has begun and aggression could be turned toward humans passing by.

The rut stretches from early September to mid-October, when bull elk “bugle” or call out to “announce their availability” to females and challenge competing males, the National Park Service said. Sometimes the bulls battle for females.

People have been severely injured during bull elk battles, the NPS said. Visitors are warned to keep at least 25 feet away from elk, which can run quickly and change directions abruptly, and to find shelter as quickly as possible if one charges.

Though dangerous to people, the loud fights are rarely injurious to elk. Keeping their antlers through the winter means that bull elks don’t have to duke it out with their front hooves, which could lead to injuries.

Usually, the weaker elk of the two gives up and wanders off, the NPS said.