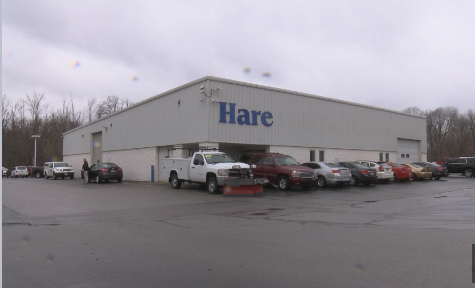 NOBLESVILLE, Ind. (WISH) – After six generations in the family, owners of Hare Chevrolet in Noblesville sold the business. But that doesn’t mean doors are closing.

“They are keeping all of the employees so now its their chapter to write going forward,” Courtney Cole, former co-owner of Hare Chevrolet said. 250 employees will be staying on board.

“I think we are their 79th dealership,” Peck said. “They mostly have dealerships in Florida, Georgia, the Carolinas, and St. Louis was as far north as they came until now.”

Asbury has agreed to keep the “Hare” name, due in part to its history. Hare Chevrolet is famous in its own right. It is the oldest transportation company in the nation. It is not simply known as a car company, because it was in business before the automobile was even invented back in 1874.

“We’ve been in this business since 1847, it started out with a horse and buggy,” Peck said.

“We are the sixth generation of the Hare family,” said Cole. “The business started in 1847 and we bought it from our parents in January of 2008 so we’ve owned it for the last nine years.”

But the sisters said it was the right time to sell. They both simply said “right time, right price.”

But coming to the decision was not so simple.

“It definitely was not an easy decision, but there are no guarantees for the future,” Peck said. “The fact that its made it six generations is pretty amazing to begin with.”

The sisters officially sold the company on Jan. 23, but they are still cleaning out their offices. They said they are going to spend more time with their children.

The new owners are keeping the name “Hare Chevrolet.”