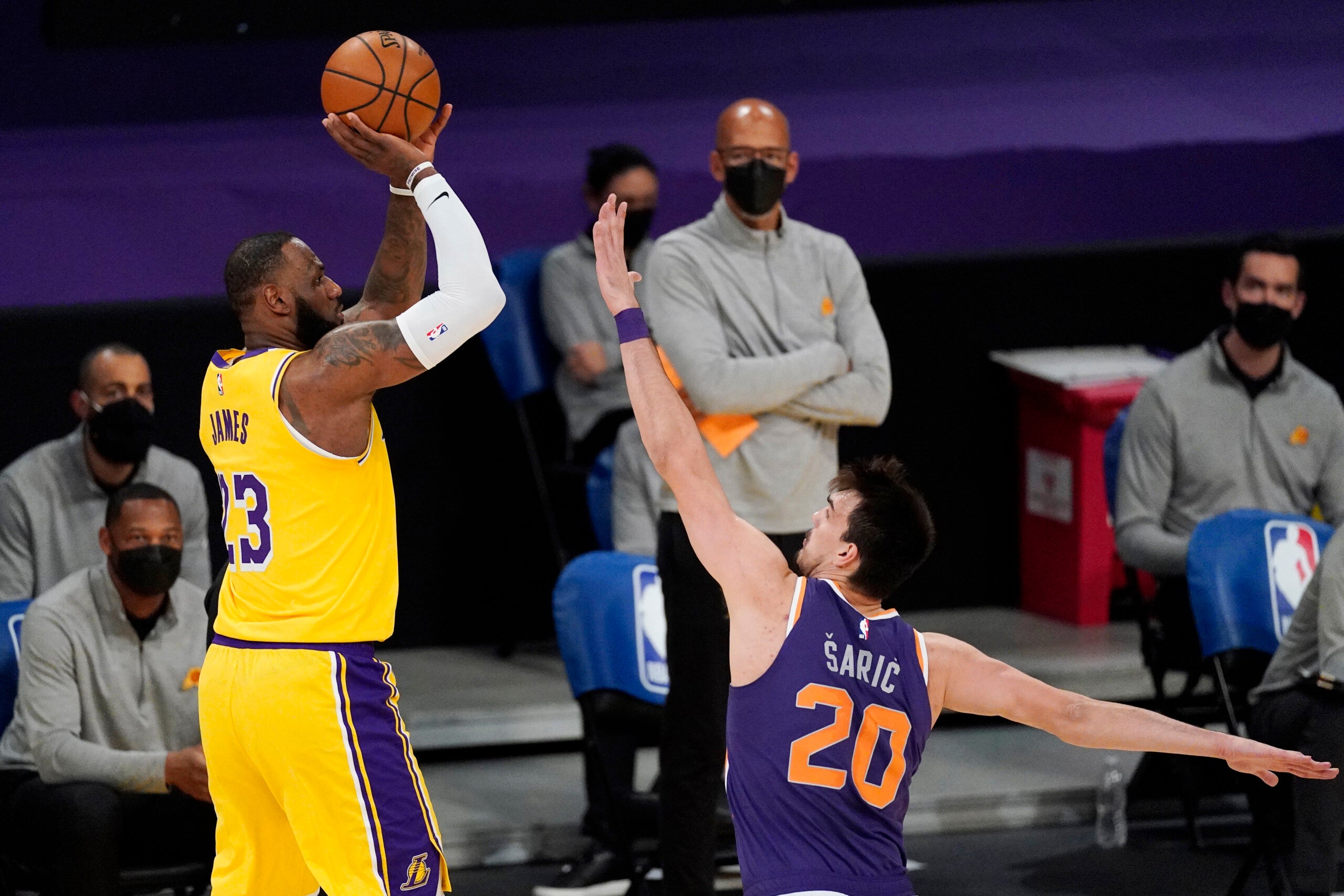 ATLANTA (AP) — It’s the NBA All-Star Game almost no one seemed to want.

Certainly not the players, who scoffed at the notion of playing an exhibition game in the midst of a pandemic.

The city of Atlanta, picked as a replacement for original host Indianapolis, didn’t seem so thrilled with the idea, either.

The mayor urged fans to stay away from an event renowned for wild parties and packed streets. Police scheduled 12-hour shifts and canceled off days in an attempt to crack down on any events that could lead to a surge of COVID-19 cases.

But the league pressed forward, eager to improve its bottom line and its brand by televising the popular midseason showcase around the world.

The NBA’s best will take the court Sunday in a one-night-only, hastily arranged event at mostly empty State Farm Arena, where only a limited number of invited guests will be allowed to watch in person.

“All-Star is part of our league. It’s no different than all the other games we play,” Commissioner Adam Silver said. “It begins and ends with the fans. This is an event the fans love to see. They love to see the players come together.

“But,” he quickly added, “nothing comes without controversy in a pandemic.”

The league’s biggest stars, led by LeBron James, would have preferred getting some much-needed time off during the six-day break.

James even went so far as to call it “a slap in the face” to players who had little time to recover from last year’s interrupted season, which was completed in a central Florida bubble, and are still dealing with burdensome protocols intended to stifle the coronavirus as much as possible (but still weren’t enough to prevent the postponement of 31 games in the first half).

Now that it’s game on, James is trying to make the best of the situation, using the All-Star platform to carry on with his efforts to expand voting rights — a fitting gesture with the game being held in a state that was one of the focal points of the 2020 election.

“Look what we made happen, what our voices made possible,” the Los Angeles Lakers star says in a 51-second ad that was set to air for the first time during the game. “And now, look what they’re trying to do to silence us, using every trick in the book and attacking democracy itself. Because they saw what we’re capable of, and they fear it.”

Some things to watch for in Sunday’s All-Star Game:

This will be the fourth straight year to feature a format where the two top vote-getters served as captains and drafted their teams from the All-Star selections.

James has handled the duties all four times, going 3-0 in his previous stints — including last year’s 157-155 thriller in Chicago. Brooklyn’s Kevin Durant got the nod for the first time, though he won’t be able to play in the game because of an ailing hamstring.

James used the top draft pick on two-time reigning MVP Giannis Antetokounmpo, who captained the squad that went against Team LeBron the last two years. They are joined in the starting lineup by Stephen Curry of Golden State, Luka Doncic of Dallas and Nikola Jokic of Denver.

Durant selected Nets teammate Kyrie Irving with his first choice, rounding out the starting lineup with Joel Embiid of the 76ers, 2020 All-Star MVP Kawhi Leonard of the Los Angeles Clippers, Bradley Beal of Washington and Jayson Tatum of the Celtics.

“I just try to pick players that can complement one another,” James said. “It’s the All-Star Game, so there’s going to be some shenanigans out there. But for the majority of the game, we’re going to try to play the right way and come out with a win.”

With only one night to get in all the events, two competitions will be held shortly before the All-Star Game tipoff.

The Skills Challenge, a test of ball-handling, passing and shooting ability, will feature Doncic, Portland’s Robert Covington, Chris Paul of the Suns, Julius Randle of the Knicks, Indiana’s Domantas Sabonis, and Nikola Vucevic of the Magic.

Taking part in the 3-point shooting contest are Curry, Tatum, Boston’s Jaylen Brown, Zach LaVine of the Bulls, and a pair of Utah guards, Donovan Mitchell and Mike Conley.

Conley was a replacement for Phoenix star Devin Booker, who can’t participate because of an injury.

The Slam Dunk showdown will take place at halftime between Portland’s Anfernee Simons and a pair of rookies: New York’s Obi Toppin and Indiana’s Cassius Stanley.

″I’ve been watching a lot of dunks the past couple of days,” Toppin said. “I’m going to try to do some stuff that hasn’t been done yet in the dunk contest.”

He got a few tips from his father, who was a well-known streetball player in Brooklyn.

“I talked to him about some of the dunks,” Toppin said. “He’s basically telling me which ones are a little crazy.”

The NBA and the players union are donating more than $3 million to aid historically Black colleges and universities, much of it decided by the outcome of the game.

Both organizations will receive $500,000 to start. Another $450,000 will divvied up based on the winners of the first, second and third quarters. Finally, the team that reaches the target score to win the game will ensure $300,000 for its cause.

The Atlanta Hawks, who are hosting the game for the third time and first since 2003, were shut out of festivities in their home arena.

Trae Young, a starter in 2020, was snubbed this season despite averaging 26.4 points — the most of any player not selected for the All-Star Game.

The Hawks also were left out of the skills, 3-point and dunking competitions. Their only All-Star selection was DeAndre Hunter to the Rising Stars, but that was merely symbolic since the game won’t be played and Hunter is recovering from knee surgery.