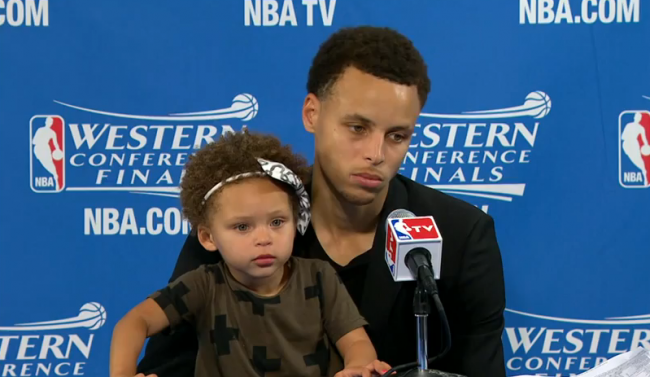 INDIANAPOLIS (WISH) – An NBA player’s daughter stole the show when she was sitting on his lap during a post-game press conference.

His team just won game 1 of the Western Conference finals but no one was paying attention to him. All eyes were on Riley.

She laughed to the crowd, waved to the cameras and crawled under the table.

Curry didn’t seem to care. At one point, someone in the crowd said something about his daughter and he said, “She is, she’s just like this. She’s only two, it’s the craziest thing ever.”

He had a big smile on his face.

After you watch the video above, go to our Facebook page, click on this story and tell us what you thought of the video. You can also share it with your friends and family.