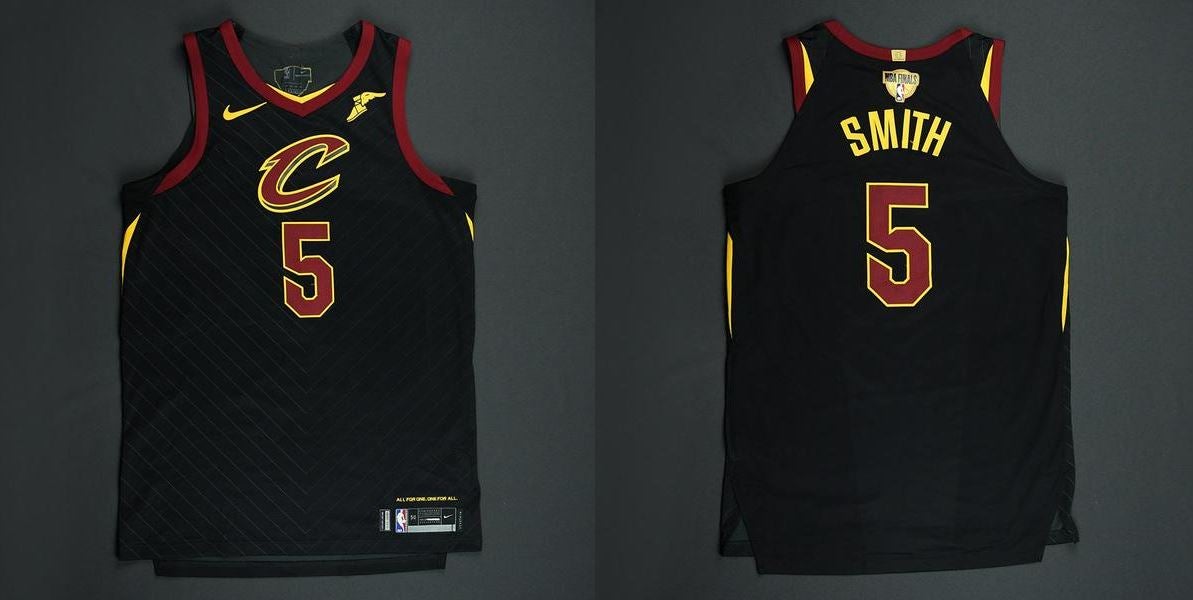 NEW YORK (nba.com) –The NBA is offering fans the chance to own a jersey worn during Game 1 of the 2018 NBA Finals by JR Smith of the Cleveland Cavaliers.

Smith wore this jersey during the Cavaliers’ 124-114 overtime loss to the Golden State Warriors on May 31, 2018 at ORACLE Arena in Oakland, CA.

Smith’s gaffe came near the end of the game when he grabbed a missed free throw by Golden State’s George Hill with just 4.7 seconds left in the fourth quarter when Smith appeared to be trying to run out the clock of the tie game instead of trying to score and win the game that went to overtime before Golden State eventually won 124-114. Smith claimed to know the game was tied and thought the team was going to call a time out and try to win in overtime.

He played 38 minutes and registered 10 points with 2 assists and 6 rebounds.

The Cavs’ jerseys have the ‘NBA Finals’ patch on the back of the jersey above Smith’s name.

Bidding for the item topped $3,000 Monday and fans have until Thursday at 9:50pm EDT to bid to win the jersey.