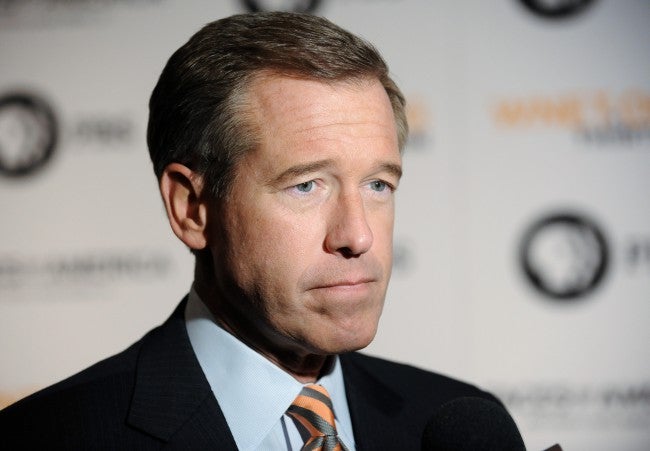 This all comes after Williams lied about being inside a helicopter that took enemy fire while reporting in Iraq. Williams later apologized and said he “misremembered” the incident. Since then, reports are he’s told at least seven different versions of the same story. Now, an internal investigation is underway at NBC News and questions are being raised about other reports he’s done including one during Hurricane Katrina.

Over the weekend, Williams announced he was voluntarily taking himself off the air. Tuesday’s suspension is described by top brass at NBC as “severe and appropriate” action.

In Turness’ note to staff, she said Brian misrepresented events while he was covering the Iraq War. “This was wrong and completely inappropriate for someone in Brian’s position,” she wrote. She also said management has concerns about comments Williams made outside of NBC News.

“As Managing Editor and Anchor of Nightly News, Brian has a responsibility to be truthful and to uphold the high standards of the news division at all times,” Turness wrote.

She went on to say the decision was a difficult one and she knows there will be people who disagree with it.

Her letter to staff included a comment from an even bigger voice at NBC, NBC Universal CEO Steve Burke. “By his actions, Brian has jeopardized the trust millions of Americans place in NBC News. His actions are inexcusable and this suspension is severe and appropriate,” Burke wrote.

Burke stated that he and Williams have communicated directly about what is going on right now. “I know Brian loves his country, NBC News and his colleagues,” Burke wrote. “He deserves a second chance and we are rooting for him. Brian has shared his deep remorse with me and he is committed to winning back everyone’s trust.”

Turness said Lester Holt will continue to substitute anchor for Williams on NBC Nightly News. The internal investigation into Williams will continue and is not over.