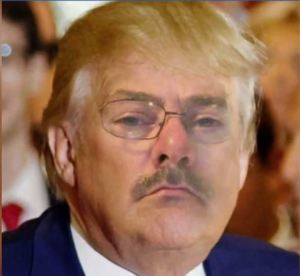 GOLDSBORO, N.C. (WNCN) – A North Carolina police chief has apologized for a Facebook post that referenced Donald Trump’s pledge to “Make America Great Again,” which sparked controversy in the community. He also called for an end to hateful comments and threats some have been sending to his critics.

In a letter posted to Facebook on Thursday evening, West offered his apology. He also told those who’ve posted hateful comments or sent threats to stop making the community’s divide deeper.

I recently posted a picture on Facebook that has offended many members of the community. The only purpose of my post was to be comical and to convey to my FB friends that I believe the Goldsboro Police Department is making great progress and will be great again.

What I did not realize was that the tag line “make America great again” is very offensive to some people. To some it means.. make America White Again.. and to turn back civil rights…clearly racist ideas that I DO NOT SUPPORT AND NEVER HAVE.

While my intent was truly about building on success in the Goldsboro Police Department, that is not an excuse. As a public leader, I am held to a higher standard, especially as the Chief of Police.

After meeting with the leadership of the NAACP I now understand why my post offended many and I take full responsibility for my lack of knowledge as well as misunderstanding the sensitivity around that tag line, for that, I am sincerely sorry and truly regret offending anyone, and I humbly ask for your forgiveness. I understand that words have meaning and I promise it will not happen again.

To those that have supported me by posting hateful comments, making hurtful phone calls and sending threatening emails towards those I offended.. Stop! That type of support is only making the divide in our community deeper.

Moving forward, I hope to build on this lesson learned. I look forward to working with the NAACP, community groups and churches to help rebuild your trust in me as your Chief of Police. I have spent my entire adult life (25 yrs.) dedicated to law enforcement with the Goldsboro Police Department and I know we share common goals. I look forward to working together to bridge the divides in our community.