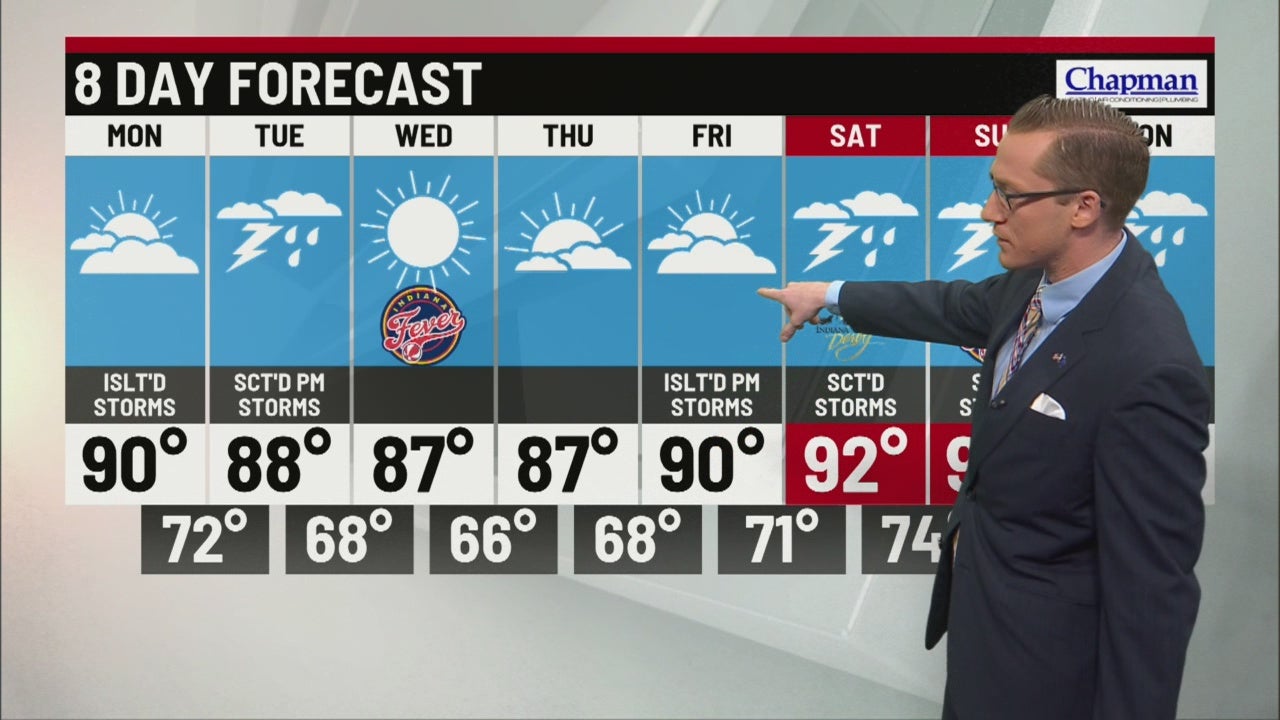 INDIANAPOLIS (WISH) — Sunday night will be a clear and comfortable with temperatures in the mid to low 80s and humidity on the lower side.

MONDAY: Expect a nice start to the day with comfortable conditions for your morning commute as temperatures will remain around 70° for the early AM hours.

Partly cloudy skies for most of the afternoon with a high of a 90°.

A shower or two will be possible early afternoon for the southern parts of the state. Clouds will begin to diminish late afternoon and evening.

TUESDAY: A clear start to the day, but clouds will quickly pop up going into lunchtime.

Highs will be in the upper 80s with a chance of scattered storms starting in the late afternoon hours.

Rain chances will stick around until Tuesday night but will clear up overnight into Wednesday morning.

TROPICAL STORM UPDATE: After a quiet June, the tropics are off to a hot start in July. We have two named tropical systems in the Atlantic, Beryl and Chris. Beryl was our first hurricane of the year, but will weaken rapidly once it enters the Caribbean.

Chris is forecasted to become a hurricane in the coming days at its sits off the Carolina coast. Outside of gusty winds, riptides and rain squalls, it shouldn’t pose much of a threat to the U.S. mainland.

8-DAY FORECAST: It will be dry for the end of the work week but rain chances will return for the weekend. Temperatures will be fairly comfortable for Wednesday and Thursday.

Temperatures of 90 and above will return starting Friday and stick around for the start of next week.