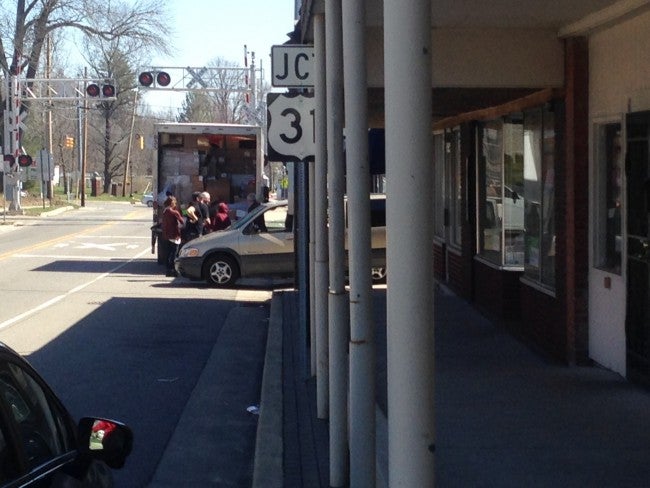 Free HIV testing began, along with the establishment of health care registration and a community health center, which will stay open through the remainder of Governor Mike Pence’s 30-day executive order – drafted to deal with the crisis. Part of the governor’s executive order also allows for a needle exchange.

“We hope to have (the needle exchange) running in the next couple of days,” said Dr. Jennifer Walthall, the state’s deputy health commissioner.

Walthall said county officials have drafted a model for the needle exchange program, which was approved by the state health commissioner. So far, 81 people have tested positive for HIV in Scott County. All have been linked to intravenous drug use.

Kevin Polly, an admitted drug user, is among them. He spoke to 24-Hour News 8 Tuesday while gathering clean needles and other supplies from the Chicago Recovery Alliance’s truck.

“I got it through intravenous drug use. Opana – it’s the primary drug of choice here in Scott County,” Polly said, who should us the track marks on his arms and said he injects Opana about three times a day. “It’s a euphoria. It’s a rush. I don’t know how to describe it. I’m not condoning it. I’m 49. I’ve been getting high since I was 13 in one form or fashion.”

During our interview with Polly, he described a situation that illustrates how desperate some drug users are to get a their fix.

“The day I found out I was positive with HIV, I had a young lady over at the house. She had just purchased an Opana and paid $150 for her pill. She got upset with me because I wouldn’t share my needle with her… I told ‘absolutely not,’” Polly said. “Sharing needles. Everybody shares needles in this town.”

Stories like that are what worry health officials in this small town of roughly 4,300 people.

Walthall said she is optimistic that the collaborative plan of education, outreach and isolation will work.

“Right now we see a local problem, but our response needs to keep in mind that this is everyone’s issue,” she said.

Others, including Dan Bigg, the director of the Chicago Recovery Alliance, suggested that the exchange program might need to be extended beyond the 30-day parameters set forth in Pence’s executive order.

Walthall stopped short of saying that: “If we do (this) quickly and effectively we will be looking at a different thing in 30 days.”

She did acknowledge that the number of HIV positive patients will likely increase, but stopped short of saying whether the Pence’s executive order would need to be extended beyond 30 days.

“Well, we have an outbreak to contain, so we will do the best we can in the time that we have been allotted. We have then the ability to re-assess and make recommendations,” she said.

Dr. William Cooke, who runs the town’s only health clinic, said his office has received threats from folks who are apprehensive about having the town’s family doctor treating drug abusers and HIV patients.

“Most people are incredibly grateful for what we are doing,” Cooke said. “There’s a few people who are scared and asking questions. We try to talk them through that. Help them understand that this is a virus that doesn’t live outside the body. Unless you are injecting dirty blood into your arm or having sex with an HIV patient – you are not going to catch that,” Cooke said.