Neighbors deal with no power or air-conditioning for 28 hours 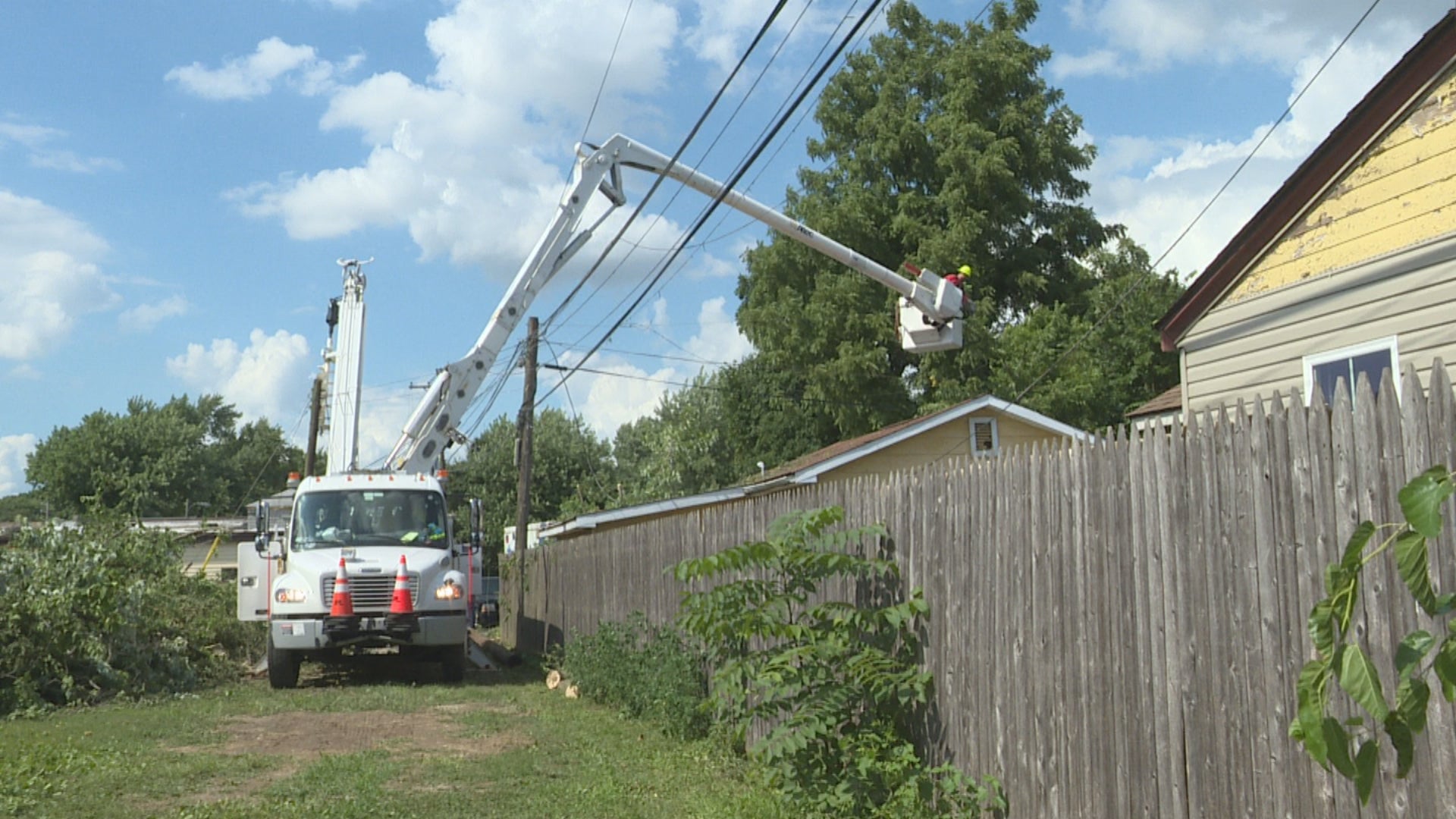 INDIANAPOLIS (WISH) – More than 100 people were able to turn their lights on Tuesday night and run their air conditioners for the first time in more than day.

Storms that swept through the area Monday afternoon may have been quick, but their punch did some long-lasting damage on the west side.

At one point, more than 14,000 IPL customers were without power. That was down to fewer than 2,000 Tuesday morning.

But for almost 150 people, it was a long day of waiting, all because of a single tree.

Sitting in his backyard swing in the shade, Raymond Rippy had the best seat in the house Tuesday, mostly because there aren’t any good seats inside his house.

Rippy came home on Naomi Street Monday afternoon, right as the storm hit. Around 4 p.m., he heard a couple big booms that sounded “like an M80 or a firework.”

That was the last of his power.

Just a few feet away, it looks like a whole forest came down in the Drexel Gardens neighborhood, not far from South Lynhurst Drive and Minnesota Street on the city’s west side.

But the damage resulted from just one tree, which was big enough to kill power to more than 130 homes here.

Crews worked all day. First a tree-trimming service spent almost six hours cutting the tree down. Only then could IPL crews finally start their work, nonstop for another eight hours.

That’s why Rippy’s not upset.

“You got to roll with the punches,” he said with a laugh. “No way I could speed that up.”

Luvina Catellier is sitting in another shady seat down the street.

“I’ve been worried about my mom and sister,” Catellier said.

“You can’t do dishes or anything, it’s too hot,” said Catellier.

It was also too hot for the food in the refrigerator and freezer. Everything had to be tossed, which is no small thing for Catellier’s family, which is on a fixed income.

Though she’s not upset either, knowing how big the job is.

Residents said they are thankful Tuesday was not hotter and that a seat in the shade wasn’t all that uncomfortable. But they’ll be even more thankful for an even cooler seat inside an air-conditioned home.

“Oh it will be nice,” said Catellier with a laugh.

“I might go and buy those guys a Coke or something after,” adds Rippy.

The power came on in Drexel Gardens around 8:30 p.m.
.
IPL officials tell WISH-TV, this storm didn’t take them by surprise and they were fully staffed. But when there are strong winds, that’s always the biggest problem.

First they handle issues of public safety, for example outages at hospitals. Then they work to restore areas where they can help the most people.

But obviously, some outages are more labor and time-intensive than others.