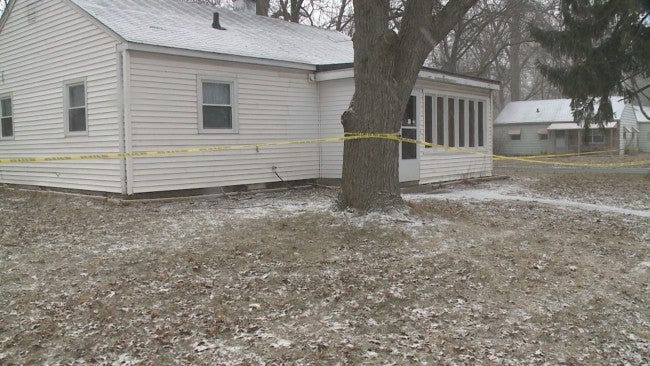 FORT WAYNE, Ind. (WANE) – A neighborhood south of downtown is reacting to a fatal shooting that left 22-year-old Datavis Cummings dead and his home riddled with gunshots.

WISH-TV sister station WANE News reported someone fired at least 11 gunshots through the house on the corner of Capitol Avenue and Oliver Street. Police were called around 10:30 Sunday night after being called to the area earlier in the day for reports of gunfire, but didn’t find anything. They eventually found the home and Datavis Cummings dead inside.

“The gunshots, they just be everywhere. I don’t know what to do or say but I feel sorry for the people who died over there,” said Shnell Suel, a neighbor.

Crime tape and police were still present through part of Monday.

“I was coming over my cousin’s house and seen all this tape and I’m like what the what,” said Larry Hunt, a neighbor.

Neighbors told NewsChannel 15 that they saw kids outside of the house sometimes.

“It’s sad because there could have been kids in the house when people shoot up a house. They really don’t care if they hit kids or not. That’s the sad part about it,” said Hunt.

“We be hearing gunshots every night now and it’d be like close,” said Suel.

“We as a people, black, white, blind, crippled or crazy need to get together and stop this madness because enough goes on in the world throughout itself with out us have to pick up a gun,” said Hunt.

A motive is still unclear. No arrests have been made. If you have any information, call Crime Stoppers at 436-STOP.