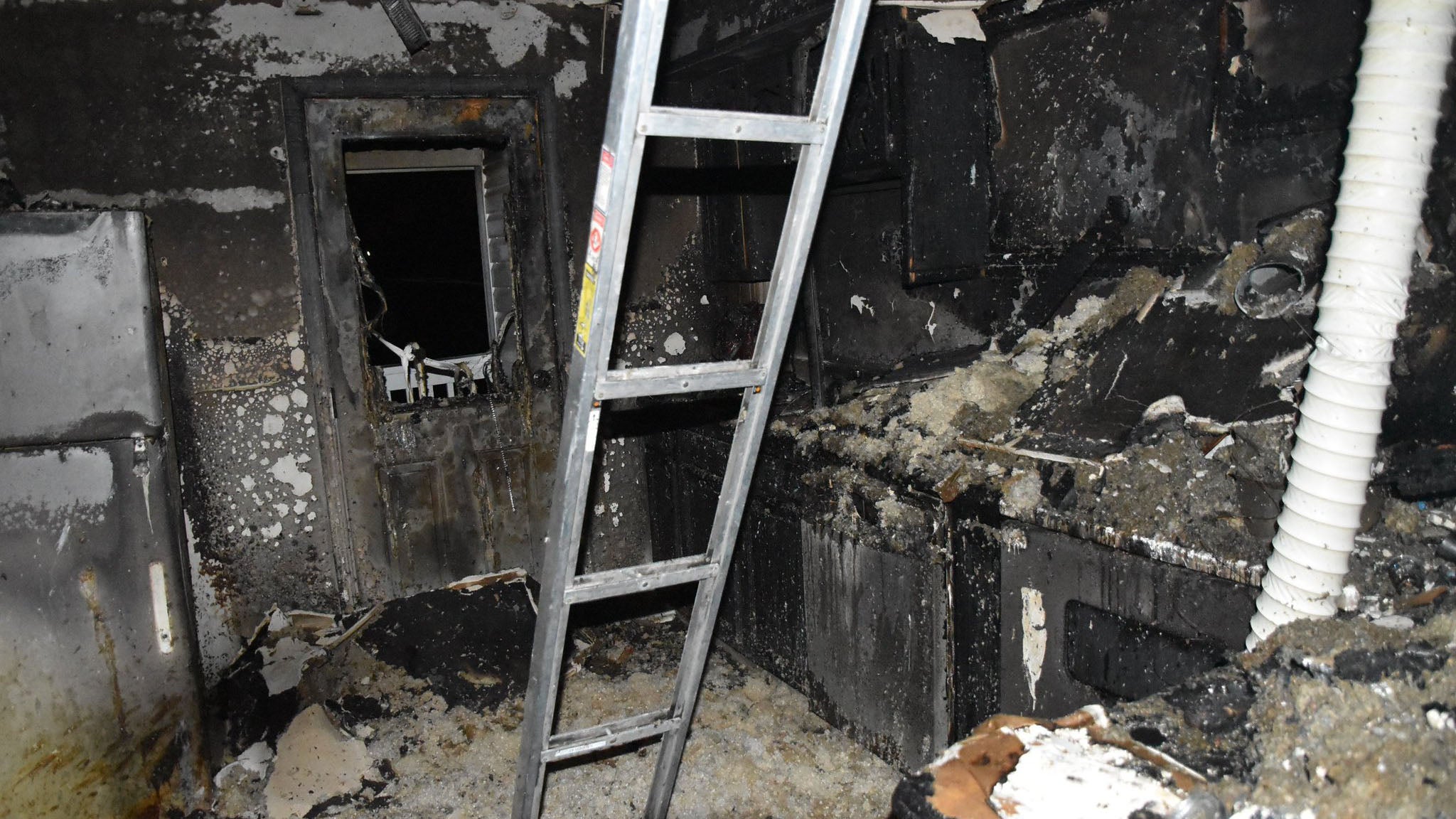 CUMBERLAND, Ind. (WISH) — A woman was in a hospital in critical condition Tuesday and several neighbors were displaced after a fire tore through an apartment on the far east side of Marion County.

The fire happened before 3 a.m. Tuesday on East Ninth Street in Cumberland. Indianapolis Fire Department said unattended food on the stove is to blame for the blaze.

Nine people could not come home to the apartments Tuesday night because of the fire, which caused $60,000 worth of devastation.

Neighbor Kellar Socks said the fire woke him from sleeping. “Smelled smoke coming through the vents.”

“We came outside and saw people jumping out the window.” Socks said.

Two neighbors of the apartment came home from vacation and saw smoke coming from the upstairs apartment and called 911.

Cumberland Police Department Lt. Roger Waggoner and Cpl. Chase Page were on scene first. The officers banged on doors to get people out. Waggoner and an unidentified Indianapolis Metropolitan Police Department officer went into an upstairs apartment. The IMPD officer grabbed a 7-year-old boy asleep on the couch and carried him outside.

“Wow,” Nick Vella, another neighbor, said. “I didn’t know that.”

Waggoner went to the back of the burning apartment where a 31-year-old man was in a bedroom. Flames trapped both men, forcing them to a second-floor balcony. The 31-year-old man jumped. He wasn’t hurt. Waggoner got down safely.

“I just hoped everybody was OK and that they got out of there as quickly as they could,” said neighbor Javonna Townsend.

“I pray for the family, I pray for her daughter,” Townsend said.

Lisa Norris told News 8 that first responders burst through the front door of her family’s neighboring apartment with an ax to wake her family up and get them out.

A 40-year old woman and her 16-year-old daughter were in the burning apartment. The teenager went to a window, but her mother was overcome by the smoke. Firefighters carried her outside. She was taken to Sidney & Lois Eskenazi Hospital in critical condition.

Waggoner and 3 IMPD officers were checked out for smoke inhalation.

“It just shows the courage of what they do as first responders,” said neighbor Marcus Duke. “It was amazing.”

In the burned apartment, one of the family’s two dogs made it out OK. The other is still missing. The dog, named Jax, is a beagle/pit bull mix. Firefighters said Jax ran off at some point during the fire. If you see him, call authorities.